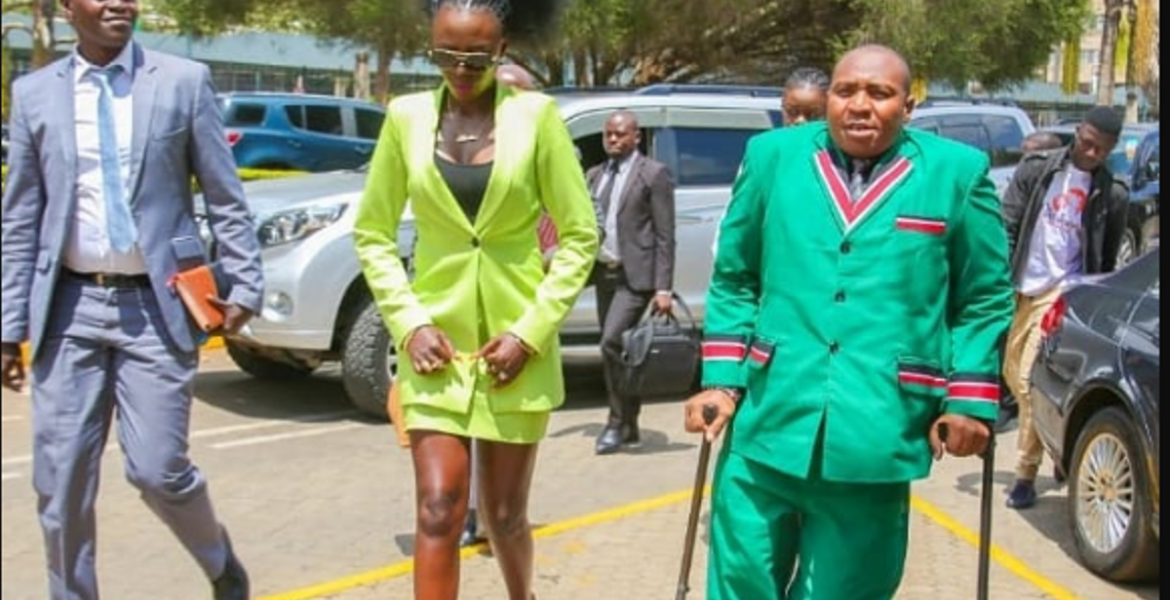 Kenyan singer Esther Akoth alias Akothee on Wednesday caused a stir within Parliament buildings after she arrived in a micro mini-skirt suit.

Commotion first began after parliament orderlies blocked her from entering the members-only eatery with her bodyguards. She was later cleared to access the restaurant without her security men.

Before she entered the cafeteria, orderlies handed her a leso to wrap around her waist since her mini-skirt was deemed too revealing, but the controversial singer refused to comply. A confrontation ensued and after about five minutes, Akothee agreed to cover her legs using the leso after orderlies stood their ground.

“The problem is not the length of my skirt, it is my legs that are long,” Akothee joked. 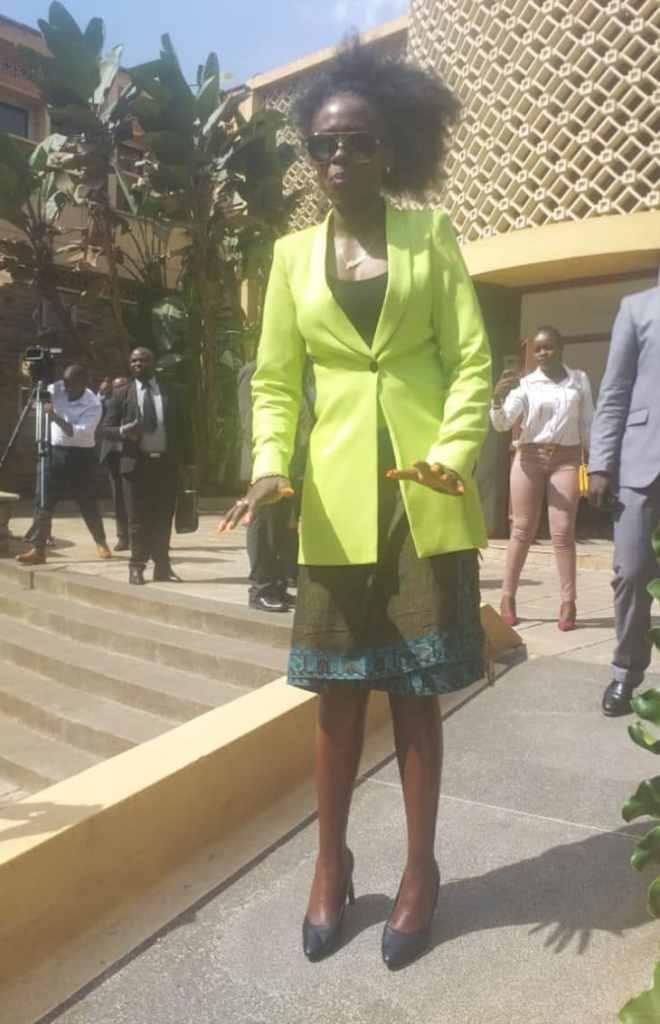 Akothee was in Parliament at the invitation of nominated Member of Parliament David Sankok, who represents people living with disabilities. The singer had lunch at the cafeteria with MP Sankok and his Embakasi East counterpart Babu Owino.

It is against parliamentary rules for MPs, members of the fifth estate and guests to wear what is considered indecent attire.

MP Sankok said Akothee had gone to Parliament to seek MPs’ support for Akothee Foundation, a humanitarian organization she recently founded to help the needy.

“I found nothing wrong with Akothee’s skirt. Actually, she was well-dressed. The reason why I think the skirt appeared short, was because she has long legs,” said MP Sankok.

This is not a micro mini.I dont see anything wrong with her attire .What going on in parliament is more worrisome that her "mini".Especially the latest about banning people form farting in ailines.But the worst is,too much time is spent on contriving ways to increase their salaries and benefits.
God forbid if she had proudly wore apatch of leopard skin like her great,great ancestors did,in the name of african tradition.

If they call this mini, then what I'm wearing is micro mini :-). I do not see any indecent exposure here - a very far cry from what she is usually wearing when entertaining . Hapo ameonewa

@formerly guest two... That got my attention ...

Think members of parliament have better things to talk about than mini skirts.
But what's she's wearing is not a micro mini.....
These are the same people using our girls and dumping them.
They are acting holier than thou...
Akothee dress any way you want...you've worked hard for your money.

kenyans JO, do they know what a micro mini is?

They are hating on her because she looks skinnier and has sexy legs than most of those fat mpigs in parliament. All they do is steal, eat and fart, bure kabisa!
Also, she has performed 10x all them MPs with her humanitarian effort in helping the hungry in Turkana and West Pokot. I give her AAA++
Go Akothee!!