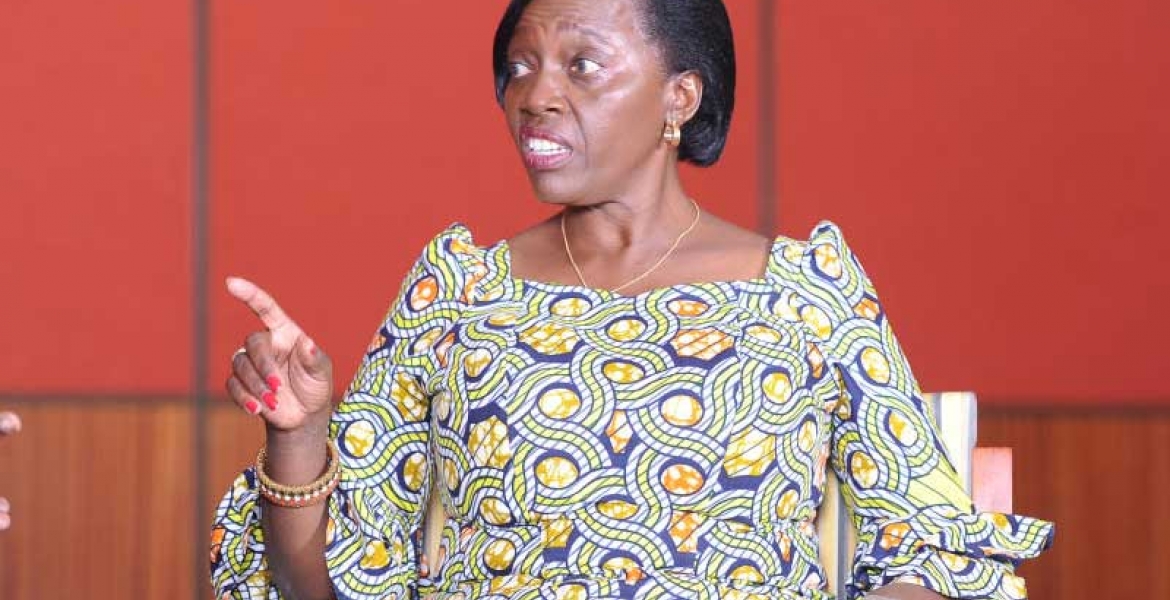 In an interview with K24 TV, Karua alleged that the ruling party interfered with the presidential, gubernatorial, senatorial, and parliamentary elections to ensure their candidates won.

She said this was the reason why she turned down Kenyatta’s offer for a Cabinet position as his party rigged her out in Kirinyaga governor’s race.

Karua further said she declined Kenyatta’s job offer as she was uncomfortable working with “some people” in his Cabinet, who have questionable integrity and character.

At the same time, Karua maintained that she can never back Deputy President William Ruto’s presidential bid and would rather pick Orange Democratic Movement (ODM) leader Raila Odinga if asked to choose between the two.

"If I have to choose between Raila and Ruto, I would go with Raila without thinking twice about it," said Karua.

"He (Ruto) does not have a very good record; not one to admire," she noted, adding that he has been adversely mentioned in several corruption scandals.

She has Forgotten her RIGGING ofKibski into Presidency in 2007. Kweli nyani?

The shoe is on the other foot.

They don’t represent Kenyans. They represent someone but 100% it’s not Kenyans.

Martha Karua, we admired you as a very intelligent woman and a respectable lawyer until you decided to flow with the wind and compromise your principles. Stating that last election was rigged now is water under the bridge. It does no help you or anyone else. Kenya does not need the Dynasties. We do not want Raila, who is a smooth talker; who has no stand on any issues and has caused mayhem and death in Kenya since the coup in 1982. We do not need Ruto either. Neither of these who are involved in greed and corruption can lead the energy of the young generation in Kenya anywhere. The track record of each of them is questionable. They have both shed innocent blood. Money cannot take Kenyan's anywhere.
Kenya needs change of leadership. All current leaders and their friends and relatives need to do Kenyan's a favor and retire with their i'll acquired wealth.
Watch, Raila will not be Kenya's president. He has tried for over 37 years and still trying. Because he is not sincere, even God has rejected his attempts. God is not mocked. He will try again, but this time will be a final No. The blood he has shed in the name of power is screaming from the grave. Even those who ignore his deeds like yourself will be ashamed when he tries everything (crying to western international countries; mock swearing; making the country ungovernable; bribing his way to Presidency; changing from one political party to another; naming his buildings after western names-Capital hill, NASA) like he has done in the past but nothing will work for him. He is done. His last string was Mock Swearing. Keep on holding on to him.

The likes of Martha Karua drag Kenyan behind. I mean from 2017 she never said nothing only now after losing petition from Waiguru. I remember one time seeing her side by side with Ruto

A petition is not lost on merit in Kenya, you know the whole story, Waiguru had the support of Uhuru and corruption ofcourse

Martha Karua, if you have nothing better to tell us please hush, you are not telling us anything new, problem is you have failed most of the time....the fight you had with Ruhang'i's girlfriend...
Then maybe we need a elect Ruto/Wainguru
On one ticket..