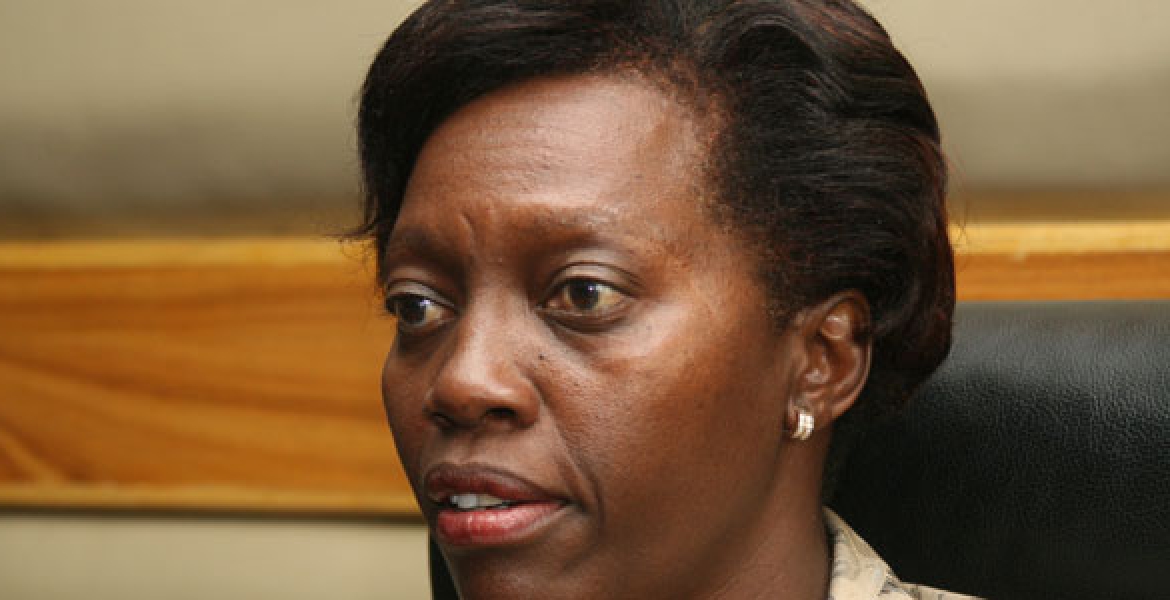 Joseph was picked by Safaricom Board to serve in the position on an acting capacity following the death of Bob Collymore.

“Following the passing of the company’s CEO, at a Special Board meeting of the Directors, the board resolved to appoint Michael Joseph, a Board member of the Company as the interim CEO with immediate effect,” Safaricom said in a statement on Tuesday.

The 61-year-old passed on at his Nairobi residence on Monday after a long battle with Acute Myeloid Leukemia, a type of cancer that starts in the blood-forming cells of the bone marrow.

Taking to Twitter, Karua said the appointment of Joseph, 67, was an indication that the board lacks confidence in senior Safaricom officials.

"Not good at all, this looks like a vote of no confidence on all the senior guys @SafaricomPLC and talks volumes of a deficit in succession planning!" Karua tweeted.

Joseph, who is the current Chairman of Kenya Airways Board, served as Safaricom CEO from July 2000 to November 2010 and was succeeded by Collymore.

It is time a local took control of the reigns of the so called" most profitable company" in East Africa.Have confidence in one of your own furthermore it is the Kenyan people who have made you what you are.Some of this jungu expatriates are bogus look at Kenya airways.

@Raia, same here I concur fully with your opinion! Yes, we have capable men and women.

Why do you think the company is profitable? It is the same Kenyans who have elected the corrupt leaders.Do you have confidence with the Kenyan leadership?

I was thinking along the same lines Martha. He was basically fished out of retirement. No one local was mentored to step up? Ubeberu na utumwa Kenya!

they are pissed off ? they can't manage shit. Kenyans have stealing in their DNA. iM SURE THERES CAPABLE KENYANS BUT THEY CANT GET THESE JOBS COZ OF CORRUPTION. NAH JUST NAH

I never thought I would agree with you on anything but I am. This is a private company and thank God for that. I'LL bet you politicians look at it and salivate to no end. They would love to loot it like they have with KQ, uchimi, etc, etc. This board is doing what's good for the company and its shareholders. Leave Govt and its thief's out of it.
Amen

The appointment is temporary while the board get a permanent replacement. My be the permanent will be a local, you or me. BTW, What makes Joseph "Non-Local"?

@ imkgoogo, my interpretation of a Non Local is someone who was not born , raised, educated,and does not speaks the language(swahili,at least).And yes you cannt just go by the name.If you are running for the post, you have my vote.

It's called racism. I've seen people using all tricks (short, tall, dark, white, etc) to justify it. I thought you had real evidence that he was not a Kenyan.

Any company or organization worth its salt except Africa MUST and should have an effective succession plan strategy for their top executive and also for key employees. WTF!Even this BOB knows better,he should have encouraged it once he knew he had a terminal disease. That is a shame.

@Imkgoogo...you got me there. You are right put that way. I would just like to see a brother or sister sit on such a throne.

There is a brother sitting on the presidency throne.Why do we have all this corrupt activities .

For those who want a black skin to take over Safaricom I say take a look at how other institutions which are run by the black fare! Starting frm the presidency downwards! This should give you a clue of what kind of values we hold dearly! Someone has rightly said it's in our DNA! Baaang!!! Martha, we know you have open sores which are still healing but your remarks are baseless! The Safaricom board of Directors has spoken & who are you to criticize their decision? Allogant! Lubbish!

Safaricom was formed in 1997 as a fully owned subsidiary of Telkom Kenya, In May 2000, Vodafone Group PLC of the United Kingdom acquired a 40% stake and management responsibility for the company

I would rather leave SAFCOM to do the hiring according to the standard they have set for their outfit.
KENYANS HAVE SHOWN THEMSELVES UNWORTHY OF SUCH APPOINTMENTS.

They give it to a Kenyan,....ooo boy, Safaricom will just go under. Mark my words. With the huge profit margin that keeps on rising year after year, Safaricom is surely a goldmine for these ANY Kenyan thief. The CEO will collaborate with junior employees to hatch complicated web of "thievery" that even highly experienced auditors will only see darkness, or a mirage of shadows heading to nowhere. Ruto will fight tooth and nail to get a Kalenjin appointed to tht position. And then Safaricom will be," gone, gone, and gone...without a trace.

@Andrew, I wholly disagree with you! It's not a case of wanting a "black skin" to take over Safaricom as you put it, it's all to do with the quality of the candidates, being home grown and trained within the organisation as one may expect. Bob Collymore was a BLACK man in case it escaped your attention, the only difference being that his ethics and values were intact. He was a true believer in taxation for better services and listening to him in one of his interviews was a joy and music to my ears. To read your shameless acceptance that corruption and thievery is part of our DNA really saddened me. I reject these are innate traits in all of us, rather I believe these are bad habits passed on from generation to generation often from the rich to exploit the poor. Is your DNA theory what you will tell your son or daughter when they strive to reach for the sky? That it is no use trying to achieve through hard work and honesty because their DNA dictates they achieve through corruption and thievery? Sad.

@Sukari thank you! Andrews sentiments are shared by many on Mwakilishi and it just portrays total desperation, lack of hope by Kenyans. There are many black CEOs who have turned their companys around. Look at the Cooperative Bank in Kenya and how well it is doing? Ursula Simons in Xerox. Cytonn investment CEO, what the heck with all self hate? We need to talk more about our stories not others stories. The obsession with Collymore has been a little bit much knowing well SafariCom has been over charging Kenyans and hold certain elements monopoly in the country which other companies find it hard to compete with. We level the playing field and surprises would start happening. Those profit margins would start to dissipate very quickly.

Martha Karua; Kwanza you stole 2007 elections for Kibaki then he rewarded your nasty self with a ministerial position. Let me give you a free lecture; the way corporations work is the CEO is appointed by shareholders and I am pretty sure you know and understand how it's done. So you coming out and saying Joseph do not deserve to be appointed CEO by the shareholders is stupid and ignorant. Leave Safaricom alone and stop miseducating Kenyans. Majority of Kenyans know you are trying to stay relevant but your time is over Grandma!! Go home or go to a nursing home, when I see your face in media I feel like puking coz of what you did during 2007 elections.

Kenyans are talented people and capable to lead such an organization, no question about that. The problem is the culture of unfair financial gain from their employer. Rarely can this be avoided when other brothers and sisters continue to steal from organizations they lead. There are many Kenyans holding high positions in various organizations within the United States doing so well and you cannot hear they have run them down. Why don't they steal? Because they do not see others doing the same and consequences and bad.