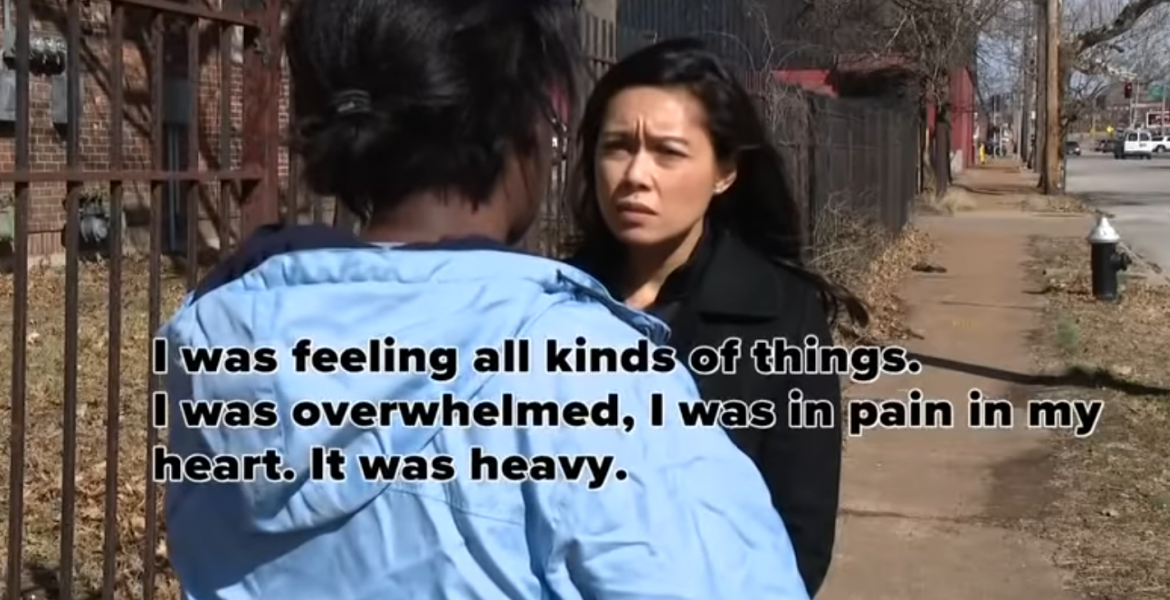 A US-based Kenyan man is currently admitted to Intensive Care Unit (ICU) after he was shot on the head near his apartment in St Louis, Missouri two weeks ago.

Speaking to a US media on condition of anonymity, the man’s wife says her husband was shot by two teenagers outside their apartment in St Louis before they escaped with his car.

She says her husband managed to drag himself to their apartment with the gunshot wound before she called the police. She also says her spouse is doing well as he continues receiving treatment at the hospital.

CCTV camera outside the apartment shows how the two teenagers approached the man as he parked his car and shot him before driving off with the red-colored vehicle.

On Thursday night, police arrested two minors aged 14 and 16 in connection with the incident.

The two boys were found with a firearm believed to be the one used to shoot the Kenyan man.

The victim's wife says the family is contemplating relocating following the shocking incident.

“We came to the States to look for a better life but the incident has caused a lot of pain,” she says

She says her husband and their three children had just returned home when the incident happened.

She says they moved to St. Louis from Kenya nine years ago in search of greener pastures.

“I came here to look for a better opportunity, job, school,” she notes.

The two suspects are in the custody of juvenile courts in St. Louis County.

The hood isn't a good place to raise a family but they had their reasons I guess. Quick recovery to the gentleman.
But a 14yr and a 16yr old?? Ngai mwathani, icii ni nyamu!

I am not very sure that completely safe neighborhoods exist in US anymore. There are many many young people left behind despite the stellar macroeconomic numbers. Schools in poor neighborhoods are poorly funded and equipped. It takes a few blocks to reach a good neighborhood from a bad one. In Northern California, petty and major theft is on significant increase because the poor people are being squeezed by the day due to high real estate prices. Sadly, our fellow Kenyan bore the brunt of increased crime from two young Americans. I hope he will recover fully to resume his life...

Yeah, sometimes “saving” a few dollars isn’t worth it, gotta be careful about where you stay.

There are good neighborhoods in country setting. The houses/apartment are cheaper over there but you have to drive longer if you work in the city.

My fear is where did this kids get the gall to shot somebody,and drive away living him for he dead.Its horrible enough to kill somebody in self defense,but deliberately without apparent provocation,deeply confounds me.
@ Ndugu I mara, afew years ago teenage kids did the same thing in Tampa Florida,and due to their shocking young age, an investigative jounalist wanted to find out how these kids get guns. Within 15 minutes he was brought the gun he requested by a 15 year old.He then asked for an Uzi machine gun. The kid told him that,he would get it within an hour.Yes it would be nice if very few weapons were in circulation.These kids steal these weapons.Therefore if less is in circulation,less will be there to be stolen.
What has happened to this Kenyan is terrible.True a bad neighbourhood increased chances of meeting some violence,as opposed to the "leafy one",but in America you could be should anywhere; in a gas station, convenient store, movie house, your house, your car, on the road walking,or driving,the permutations are many.
Most likely these kids come from broken homes.Homes where there are no rules but those of selfsustainance-I gotta do what I gotta do to survive.They are not brought up to respect humanity.They have no fear of killing,or going to jail,and that is adisaster...Undoubtely this is partly aproduct of the ME ME ME generation.And yes it takes avillage to raise a child.Unfortunately villages have been destroyed government handouts.

Maxiley, I am starting to see young men of Kenyan parents, whom I have seen growing up, being incarcerated for violent crimes. In one case, the kid was taken to Kenya in his early teens because he started running with the wrong crowd. He picked up where he left off on his return at age 18. Now, he's doing hard time over very serious charges.

@ Nani, its very sad.Some its peer pressure,or simply lack of guidance.And yes I am mindful that some of these kids kichwa ngumu despite the good morals parents attempt to inculcate.
However,kids brought up well have abetter chance of behaving well,and though brought up badly have abetter chance of behaving badly.When kids dont respect parents/adults,there is very little they will listen,or learn from them.
I feel for these Kenya parents whose kids are uncontrollable.Hey sometimes you have to give your kids tough love.When he/she wants Nike shoes that cost @00 pair,and you can only afford goodwill quality, buy them good will quality.Let them understand that that's what you can afford.Some parents bendover backwards just to make their kids happy by buying expensive products...There is no shame in saying you cannot afford.