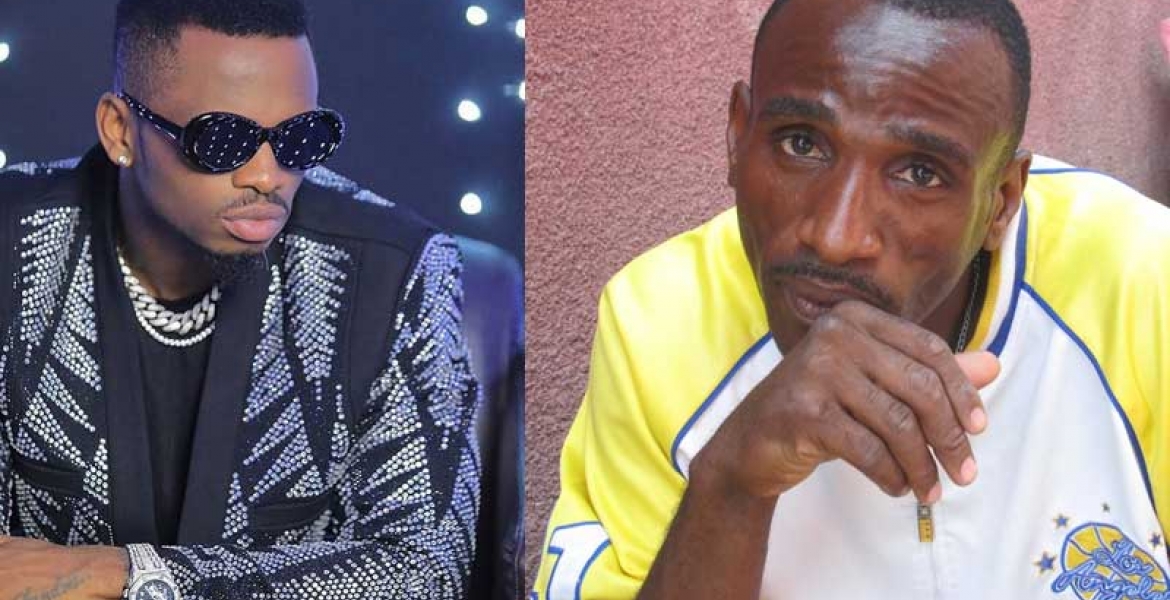 The legs of Tanzania star singer Diamond Platnumz’s father, Abdul Juma, risk being amputated if he fails to get urgent medical attention, a doctor has warned.

Charle says that if the infection is not treated soon, Juma may spend the rest of his life without his limbs.

Juma has been ailing for a while now and appeals to his celebrity son for help have been fruitless.

Tanzania's Global Publishers report that Juma’s efforts to raise cash from neighbors and friends have hit a dead end since the medical bill is “way too high for them to raise”.

“We can only wish him well,” says a neighbor, identified only as Abdul.

Juma says his daughter, Zubeda Humphries, who lives in the UK, has been helping him financially and emotionally.

Last week, Zubeda was quoted by Tanzania news outlets saying that she rang Diamond to inform him of their dad's health status but the calls went unanswered.

“I wish he [Diamond] could reunite with his father, and help him to full recovery,” said Zubeda, who is Diamond's half-sister.

Global Publishers reached the award-winning singer for comment, but he did not pick up the phone.

Juma allegedly abandoned the “Love You Die” hitmaker and his mother when he was only 6-years-old.

Diamond claims that his father abandoned him and his mother, Sanura Kassim, at a time they needed him most.

“I, however, send him money, when he requests. I also send him money whenever he tells me he is ailing. However, living together under the same roof would be impossible. All my life growing up, he was never there for me. Why should I pretend that I am now ready to share a house with him?” posed Diamond during an interview last year.

I struggle to sympathise with this dude. He was never a son to Diamond so the guy does not owe him. Having said that, if I was Diamond and in the money, I would hike him up just to spite him, show him my mama brought me up well and a man better than he will ever be! Sometimes kindness is the best revenge.

This dude is like Meghan Markle father, he's always on the media complaining instead of showing maturity, remorse, a formal apology for neglecting Diamond's mother and children and running away with Kachungwa!

Diamond help this man as a good Samaritan and then proceed with your life. You do not have to be in his life. He rejected you and never cared about you but do not revenge let God be the judge.

Honor your mother and father so your days Maybe long.The principles of God cannot be violated regardless.

By being a donor he created a child and became a father.lt is not rocket science to understand this.

Understand the difference between a sperm donor and a father. A father participates in the well being of the child. A sperm donor does not. He did not raise his son...did not participate in his well being thus he absconded his duties and therefore he should not expect to receive benefits from a child he erased from his life. You reap what you sow.

Puh! The inadequate commandments of Moses! Which have no place for children; to have the honor of being raised by their parents. Tablets...is all they are.

The title of a mother or father comes with major sacrifices.

why are this shameless so called fathers appear when their kids are successful and are never there to raise their kids?is it a curse or what?