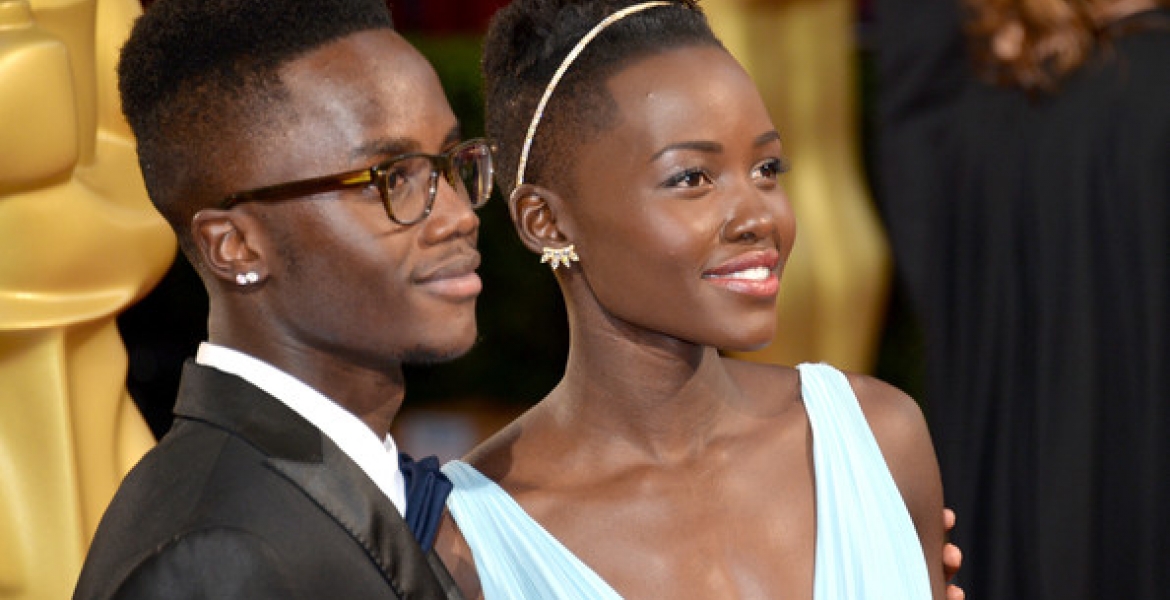 Speaking about his new role, which is traditionally assumed by more experienced actors, the 24-year-old says he is up to the task, adding that he relates to the character.

"Very early on, when I was trying to prepare for the role by reading the text and breaking down the language, it dawned on me that when all is said and done, he's a man just like I am, going through things that everyone can relate to: heartbreak, betrayal, loss, the yearning of a relationship," he told Orlando Weekly.

Junior Nyong'o is a theater major graduate from Stetson University, located in Florida.

His first experience with Orlando Shakes was as an acting intern during the 2017-2018 season, when he appeared in several productions, including Man of La Mancha and It's a Wonderful Life.

Is Nyong'o junior Guy or Gay? Those earings get on my Nerves!!!😬

Did you mean to ask girl or guy? Are you curious to see what kind of tool box he has? And if gay, is it any of your business?

Its business of my Opinion; not yours.

If it is "business of your opinion" keep it to yourself. You post it and others have every right to call out your ushenzi.

FYI: It ceases to be an Opinion if I "keep it" to myself. And so it remains an IDEA. Once spoken or written, the IDEA morphs into an Opinion; take it or not.

Good for you; get your nerves constantly irritated coz those earrings are there to stay! The guy doesn't even know who you are!

Will he be wearing a dress on his new role ?

He is on his path to star-doom and making millions while you busy questioning what type of clothing he will be wearing! Perhaps a naked scene!

You can't take a sense of humor can you?

Keep your day job sir; comedy is not your thing! In a world where we are trying to be inclusive while minding our own business, choice of words do matter! The guy has earrings, what other funny rationale were you trying to joke about in regards to a dress? Try again. I hope you wear a dress tomorrow for Valentines; will respect that!

Ha ha , yes I will be wearing earring, red dress and Manolos, I wear dresses most of the times except occasional pants and jeans. obviously you do not know what I was referring to when I said if he will be wearing a dress but hey gt worked up for nothing - the joke is on you.!

Exactly. Dress here; Earings there. And @Mugikuyu his or her Escort.

Escort to the Oscars when he wins? Sign me in!

Guest 1, you are suffering from “UPUMBAVU” that is the most backwards homophobic statement of the year. Wise up!