AU to Launch Single African Passports for Africans Next Month 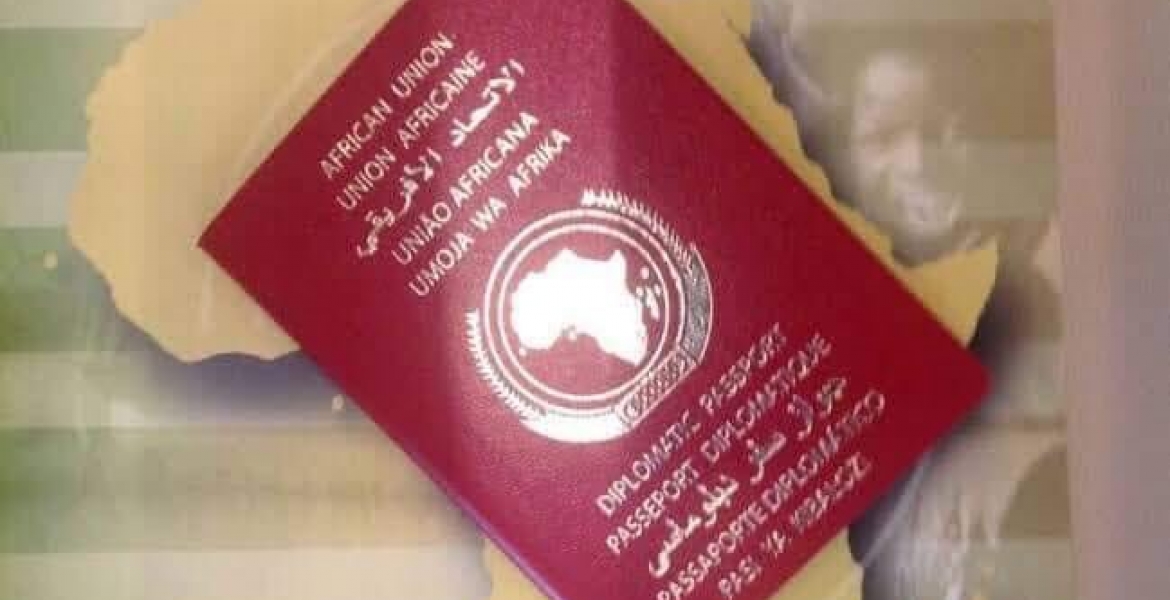 The African Union (AU) has revealed plans to launch a single African passport in a move aimed at allowing free movement of people within the continent.

African Union Commission Chairperson Moussa Faki says details of the passport's design, production and issuance will be given during the 32nd AU Summit in February 2019.

The move also aims at unifying the continent, empowering countries that have weak passports and creating a seamless border in the continent, which will, in turn, promote trade.

The single African travel document will be welcome news to citizens from countries such as South Sudan and Burundi, who require a Visa to visit 48 and 47 nations in Africa respectively. Currently, only Seychelles and Benin offer Visa-free travel to all African countries.

The single African passport, which has high-security features, was first introduced in 2016  and has only been exclusive to heads of states and diplomats.

"The single African travel document will be welcome news to citizens from countries such as South Sudan and Burundi, who require a Visa to visit 48 and 47 nations in Africa respectively. Currently, only Seychelles and Benin offer Visa-free travel to all African countries." I am a little confused here. Does the quoted paragraph mean that this AFRICA PASSPORT combines visa,and passport as one document?
Well,it is agood idea for africans to have free movement in their continent,but if thats all it will take, what will stop africans from very impovarished states or war torn places to acquire this passports and run to some african safe haven,or criminals feeling that VISA less travelling would facilitate their illegal activities...my concerns are that some countries will unnecessarity be burdened by inflow of "unproductive visitors".For luck of a better word.But if these countries can comfortably acommodate the"visitors". I have not problem.

Gaddafi had Suggested a Gold coin for all Africa. But some Foreign FOOLS stopped him and stopped the good Idea. And they FOOLS did this so that they continue Siphoning the Gold out of Africa (from South Africa, the Congo, and the rest).😠

This is a first needed step towards pan Africanism again - despite issues such as security as mentioned. This will foster trade and sooner than later will make the continent to be a village. Just like how the Americans overcome many hindrance to become the USA today. Thus the market force will inspire jobless youth to move on demands from different geo-locations.

This is a serious mistake in my opinion. A piece of paper cannot make us a nation like USA. For instance, does AU passport grant me as a Kenyan the citizenship rights of another African country? What about individual country's immigration laws? AU has been useless since it's inception as OAU in 1963. This body is subservient to Western powers and China. Did you know that our headquarters in Ethiopia was recently built by China? They call it a gift to the people of Africa. It's an insult. The AU budget is bank rolled by European Union, China, US etc. This passport is a lie to make us think AU is doing something. Where was AU when one of our strongest and most able African leader - Gaddafi, was slaughtered like a goat by the NATO with President Obama's permission? If you want one Africa,first bring economic unity, one central bank, single currency,an African single strong armed forces. All our major exports should have a single command; a commissioned body to hold all of it in trust then sold abroad for better and fair market price for the good of all Africans. Once we see some cohesion and benefits, then we can go for our most challenging aspect, a single President for all of Africa! (Sounds like music to my ears). AU leaders must realize that all black people on earth have been waiting for a descent place to call home and come home. We have failed them since our Independence- for we were subjugated by colonialism and could do nothing for them at the time. But now we've no excuse but greed, selfishness and ineptness. Africa, in all your black children spread out all over the earth by slavery and later, educational thirst and economic needs- there-in,lays the greatest nation on earth that's now about to rise up!! AU wake up and stand like men. The money we need to unite us should come from us- and not handouts from our colonial and Neo-colonial thugs!

Bingo! Africa is NOT a United continent and will NEVER be a continent of United states a.k.a United States of Africa (USAf). And this could be because of : Colonial divisions, Tribalism, Corruption (and of course the PASSPORT itself a Recipe and Conduit for for more Corruption, Drug and even Human trafficking).

"Did you know that our headquarters in Ethiopia was recently built by China? They call it a gift to the people of Africa".
@Mwororo, the Chinese built it and equipped it with computers. They also made sure it was well equipped with eavesdropping devices.Data from computers was siphoned every night and this went on for five years. Free things are never free outside of Africa.

The idea of a single African passport was first floated by the late President Sani Abacha of Nigeria when Nigeria faced imminent collapse due to diminished oil revenue. The idea of an African passport was to give Nigerians a loophole to immigrate to other African countries where they could set internet cafes to scam Westerners without been noticed. Nigerian economy was and is still based on scamming business. Every year Nigerian scammers brings in billions of US dollars to the Nigerian economy. Harmonizing Africans through issuance of a single passport is a dream come true to the country of Nigeria because it will enable Nigerian scammers to operate unnoticeable in every African country. There cannot be anything good that can come out of African Union. From a pathetic one hour long African anthem to this proposed passport everything is designed without clear thinking. African Passport will be good for Nigerians but it is not meant for every African. I respectfully pass on it

This is okay news but let's not forget Kenya is like a first world country to some countries and we can not afford an infux of more people. We need our people to do well first. When you hear of certain dictatorships in Africa it makes you wonder why the AU can not encourage people like Kabila, Omar Bashir and even M7 to head home. That Magufuli guy is also proving crazy and many many many more. If we can't take care of this then this won't work

This is a terrible move. We first need to put our countries together. African Union has no tract record. It should show Afrians what it has achieved before taking on such a task. Gadaffi was killed and African Union could not do anything. African countries were called Shit-hole countries and it could not do anything. Let it put it's act together before it destroys the peaceful existence of Africans. African Union has not even dared protect basic human rights of Africans. I thought a Passport identifies you as a citizen of a certain country. Where is the country called Africa? African Union needs to re-think this move and shelf it until it has invested enough in protecting Africans and African resources. How can it issue just papers which are meaningless and papers that it cannot protect. African Union just want to get free money from Africans- just furthering corruption ( This is just confusion and chaos). What Africa needs now is peace, order and development.
African Union should start by putting it's own house in order.

Oh my fu*king God .. this will become a trillion dollar scandal ... mwathani ... day light looting ... yaani stealing billions in africa is not enough .. we are now moving to the next era of stealing trillions ... haya basi ... TIBIM TANO TENA TIBIM

How do you type that word in front of God.

By living by his name: HYPOCRITE👹.

This is another future menace (derailment) being created for Africans. Imperialism, Colonialism, Neo-colonialism, Globalism, Africanism. A new found way to milk Africans their resources. A billion Africans paying for useless Passports that they don't need. How much is this going to cost Africans? Who is to pocket that money ? Designing and printing in the name of Africans. As usual the face of it all is African ( African Union) but the financier and the beneficiary is the Power behind it. All others, the West (scramble for Africa) and the Chinese. The beneficiaries are the colonizers who call us shit-hole holes, the Chinese who call us monkeys, the Russians who re refer to our continent as graveyard and all others who call us anything but Africans. Let us not not welcome this label in the name of some printed papers that have no meaning that we will pay for for years to come ;us and posterity. It's time for Africa to channel its own path, whatever that may be. Africa wake up! God help Africa!

Sounds terrible! I can see mass exodus to Kenya as transit route to Europe/America. United states of Africa...mhhh. Let's contain the rot in our backyard before we import shenanigans we can hardly identify with. Dr KH is right on this one!

Soon there will be a Kenyexit.

Another cosmetic unification bid from AU. Free movement of people within the continent where some of the countries are ungovernable is a recipe for disaster, the terrorism could spread like bush-fire.

People need to understand they is usually a struggle to start any thing out there in the real life especially where human beings are concerned.
Here the AU finds it suitable for people of Africa to have the freedom of movement within the continent mainly for businesses purposes as a great start in strengthening the union. Thereafter will follow up with all the chorus mentioned above.

Keep up AU! - please focus in uniting African countries in particular to security and united marketing power towards USA and China. For the simple reason of Umoja ni Nguvu...

Bad Idea, will facilitate economic migration to better off countries , will create more problems than solutions.