Construction of Sh59 Billion Overpass from JKIA Set to Begin 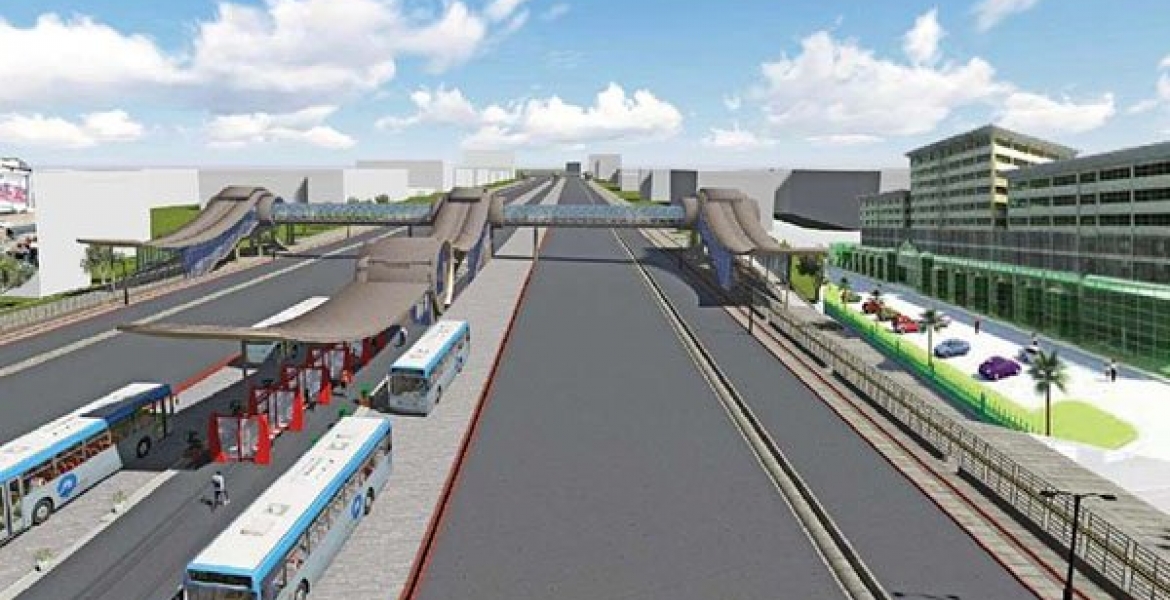 Macharia says engineers are putting final touches on the design of the 28-kilometre bridge that will run from JKIA to Kangemi in Nairobi.

“Right now, we have engineers who are testing the soil at JKIA. It is no longer mere talks. We have done the bypasses around the city of Nairobi, we have done the Southern, Eastern and Northern bypasses and about a month ago we signed for Western bypass."

"It critically important to make sure that people can go round the city of Nairobi without getting into the city,” Macharia tells Daily Nation.

Macharia says that the "expressway" is part of government plan to decongest the country's largest airport and ensure passengers catch their flights on time.

“You land at JKIA and it takes you another two hours to get to the city. It is important to facilitate easy travelfor the tourists coming to Nairobi especially for tourism conferences,” notes Macharia.

The project is expected to cost Sh59 billion and will be done in three phases starting with phase one which runs from JKIA to Likoni Road.

It should be called Nairobi International Airport.

I suggest a name change.

Let the airports reflect the cities that host them.

A name is never an issue developed nations which we tend to copy have airports named after some great leaders. JFK airport in New York, IAH is called George Bush... etc. What matters most is service delivery.

You must be a Luo

Let's hope someone remembers you when you are dead. He was the father of oh nation and led in the fight for our independence from colonial poker so that ignoramus like you can speak freely without fear of repercussions.

He did not. He was enjoying the good life in London. The real freedom fighters were right here in Kenya in the forest.

The way to go Kenya.Uhuru continue to borrow more cash for infrastructure coz this will drive our economy growth up.Our youths will get jobs during construction period n the cash will circulate meaning our gdp will raise.This loans we are ready to pay aslong as we can see such big projects bin done n completed on time.Western world from usa,uk,france borrow heavily to fix its infrastructure n the citizens there pay for them loans daily from right n left n that's why our kenyans have moved in those countries to call it home juu infrastructure is done well n r happy to continue paying for it so mr uhuru again borrow we need such projects tutalipa baadaye.I hope it's private public partnership shill is doing this expressway so it doesn't burden the taxpayers heavily.Let them put tolls stations for whoever will b accessing the expressway to b paying toll.

NBD is already congested with traffic. If the expressway is feeding to the same congested network of roads, then you will have backup in the sky-way as well? in my opinion what Nairobi city may need is decentralization to satellite cities and use of such Sh59 billion to put up infrastructure for the future expansion.
Do not turn the Nairobi CBD (Central Business District) into a Nairobi CBD (Compulsive Buying Disorder).Not everything that is on sale is worth paying for.
The BS(Buying Syndrome), appetite for everything shinny and coupled with corruption will suffocate the future I guess.

And then this rationale by bwana CS that "It is important to facilitate easy travelfor the tourists coming to Nairobi especially for tourism conferences" is overstretching imagination- like the Swahili saying katupaka mafuta kwa mgongo wa chupa.

I like that observation, which I have had before every time I visit the once green city in the sun. Poor planning has made the city so much congested. And by ignoring that fact, it is like thinking Nairobi is remaining the same as it was in the 60's and 70's: It is not. There needs numerous satellite cities to decentralize both services and the humongous human traffic one faces in downtown NBI.

Uhuru and hus government are hell bent on piling up as much unnecessary debt as possible. Why not first get rid of all the roundabouts and put overpasses and connectors? Turn Uhuru highway into an 8 lane highway with smooth traffic all the way from Kangemi to Athi River. Same effect can be achieved for half the price. Either some people are conniving to screw us or too dumb to realize the stupidity of such excessive garbage.

Build light rail and metro rail. Let people use them and park far away. Introduce park and ride

Little boy in statehouse where are your priorities?