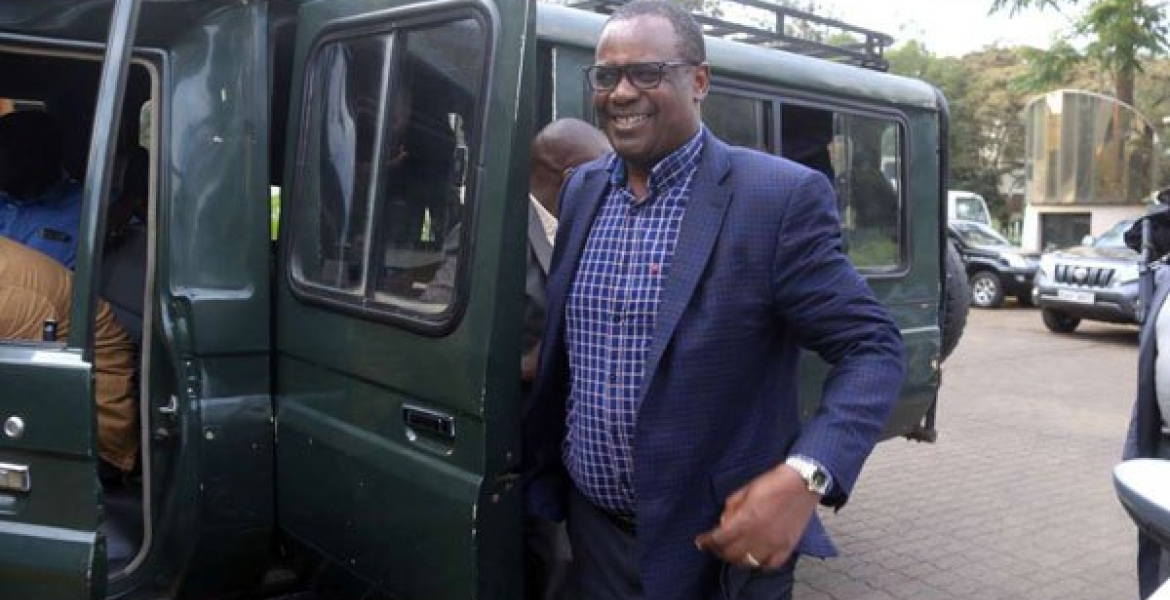 Police are holding a vehicle belonging to former Nairobi Governor Evans Kidero over claims that it was illegally imported into the country.

The Standard reports that Kidero illegally imported the Mercedes Benz 500E that has a fake registration number.

“It beats logic why a former governor can deliberately fail to pay tax, then go ahead and have a fake registration plate on his car,” a source told the Standard.

The fuel guzzler is reportedly being held at Parklands Police Station together with another vehicle that belongs to Kidero's friend.

The former Nairobi Governor has since recorded a statement at the Parklands Police Station over the car. A source close to Kidero however said the expensive car was impounded over a traffic offence.

He said the only problem with the Germany-made machine was that it was registered as a station wagon instead of a saloon car.

“Otherwise the number plates are correct as well as the chassis number,” he said.

The seizure of the car comes about a week after Kidero was arrested and charged with abuse of office, money laundering and bribery.

No escaping the law. Kenya is changing for the better.

There is plenty of hearsay going around and particularly perpetuated by sometimes incompetent and lazy press. As it is we do not know what is what cos the press lies alot and is only out to sell its BS to the gullible mwananchi. Nothing is going to happen to Kidero and compared to what he has siphoned from the NRB county, such a car would be paid for or at least he would have the common sense to have genuine license plates. The government is behaving like a Chihuahua getting in a fight with a bulldog where the bulldog is Kidero. This guy seems to be larger than life at the moment. Question is, what does Kidero know about this very corrupt goverment that they do not want him to say?

"The Standard reports that Kidero illegally imported the Mercedes Benz 500E that has a fake registration number." Mercedes Benz last produced 500E in 1994. Why would Kidero want to import or drive a 24 year old car?

A thug like Kidero can do anything.Maybe it's a 2018 vehicle stolen from anywhere but with that 500E logo to mislead you.Jangili ni jangili tu.Do you know he looted MUMIUS but backdated all the documents for ten or twelve which made it difficult for investigators to trace anything?Some of them were forged with dead people's signatures.JAMBAZI ni JAMBAZI tu.

So many thieves you don't even know where to start.So many corrupt officials everywhere you look. The fleecing of public funds has reached the highest point. We want results. All these cases end up nowhere.