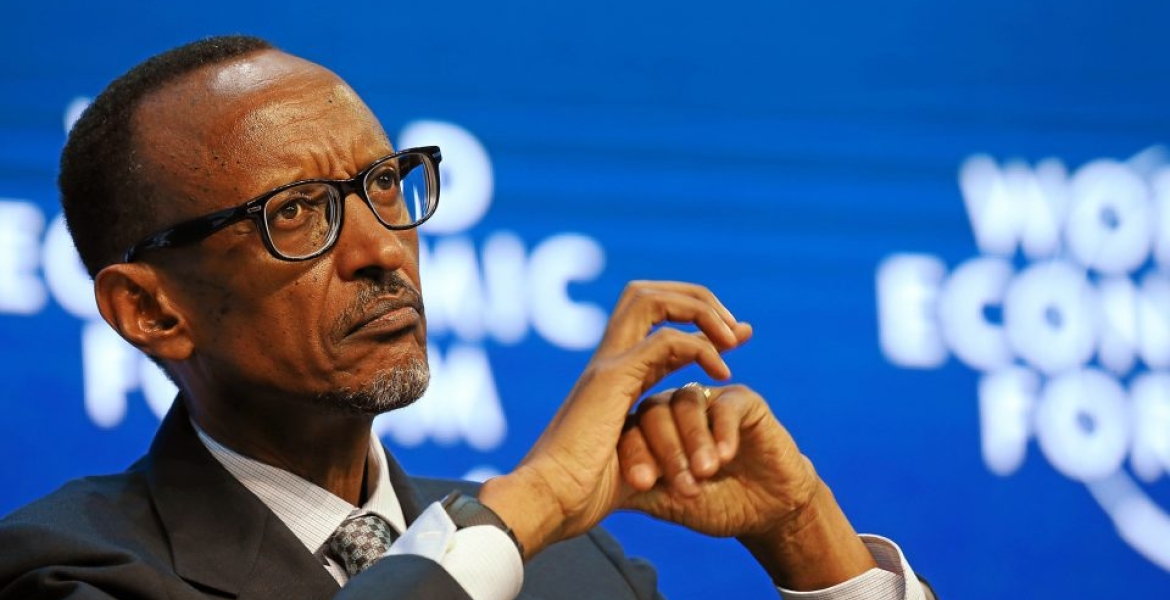 Rwanda’s President Paul Kagame has announced he will seek a fourth term in the next general elections in 2024.

Kagame, who has served as Rwanda’s president since 2000, told a French TV channel that he would consider remaining in office for another 20 years. In 2015, he changed the constitution, allowing him to extend his stay in power until 2034.

"I would consider running for another 20 years. I have no problem with that. Elections are about people choosing," Kagame told the news outlet.

Since ascending to power, the 64-year-old has been re-elected three consecutive times on a seven-year term, winning elections with over 90 percent of the total votes which many international observers dismissed as a sham.

While Kagame has positioned himself as a champion of development, critics say he maintains a tight grip over what is an authoritarian regime.

Reacting to Kagame’s bid to seek a fourth term, Human Rights Watch's Central Africa Director Lewis Mudge told the BBC "what comes as a surprise is that some people are indeed surprised."

"Rwanda is a country where it's very, very dangerous to oppose the government, let alone to be a political opponent... and this authoritarian system is going to be the system for the foreseeable future," he said.

Charles Kambanda, a Rwandan lawyer and university lecturer based in the US, said "if he [Kagame] continues for another 20 years Rwanda will be real hell."

Kambanda said Rwandans already live in a climate of fear, and alleges that more than one minister has told him that they remain in government because they fear being assassinated if they leave.

A wise man is the one who knows when to walk away,and when to run away. Staying too long in power will have you literally run away on your heals...I refuse to accept the notion that Kagame is the only qualified candidate to lead Rwanda,much less in the next 20 years.
I give credit,to Uhuru for respecting the laws of the land.He said he is ready to retire anyway.I wish him well in his golden years.

Paul kagame, without you Rwanda will still be ok and will move into the future. You must accept that there will be a Rwanda long after your death. Why don't you step aside and be a mentor to another leader. Guide someone else if you care for Rwanda so much. That would be the best guarantee for a better future for Rwanda. Sir, you're not indispensable.

Without Kagame, RWANDA would Still be Prone to Tribal clashes and Genocide. Even Kigali would be Stinking with Garbage, Tribalism, and Corruption like the City in the Dirt aka Nairobi.

So long as There is No Corruption but Peace in Rwanda.

They will say Kagame is a dictator but they will not use the same term to the Queen who have lived on welfare check for 90 plus years.

Of course he is. What a con. You know you’re setting up a country for failure if you feel only you can be it’s leader. This dude is an idiot.

On the surface, Kagame seems to be doing well. Except for a few policies here and there. Why would he accept PTSD-inflicted, war hardened political asylum refugees from the Arab world. 6 would be a good number but when they become 600, many will express their anger through terrorism and raping poor Hutus and Tutsis. Thanks Uhuru for declining this deal.

Kenyans should be the last to complain about Kagame.Nothing changes as they recycle their elite murderous/corrupt gangsters on tribal lines like underwear.Foolish Kenyans believe their crooked so-called leaders represent their tribes’ when “EATING”.They do not know it is their money.Others believe that Ihuru and Raila own them hence have the right to “EAT”.

Kagame is from the Tutsi tribe. But one Hutu man said: "I don't like Kagame for his Tribe; but I would rather he be President of RWANDA to Keep us in Order and Peace like He is Doing right Now."

Strong man was in US for military training before overthrowing the president at the time. Is Rwanda mature and ready for transition now.. problem not..