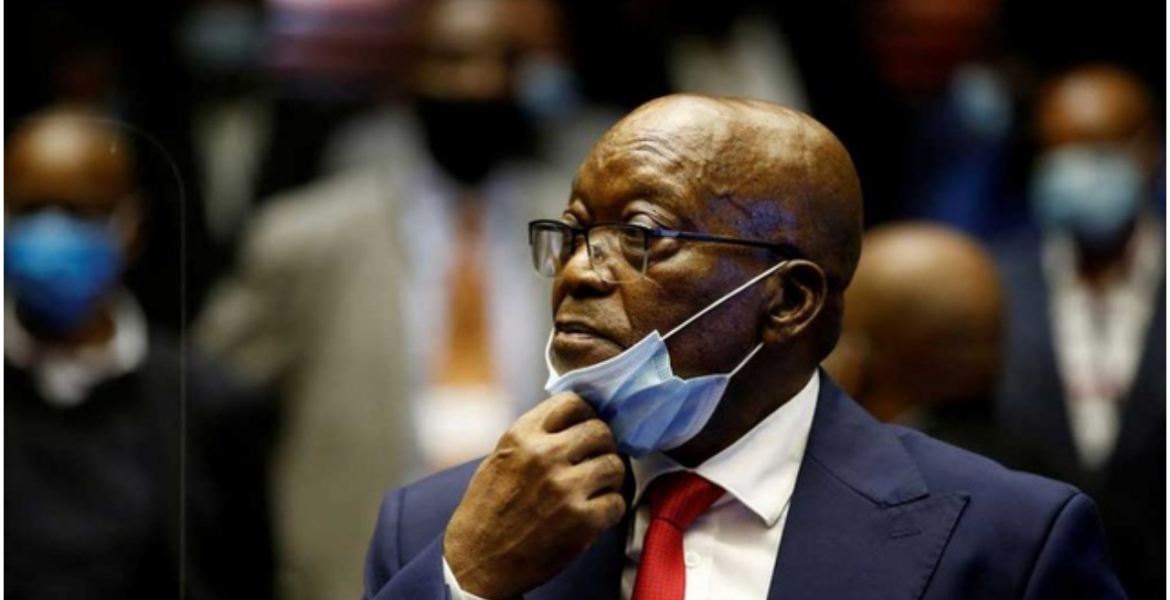 The Department of Correctional Services said Zuma, who was jailed for contempt of court last month, was taken to a hospital outside prison for “medical observation.”

“Everyone who is detained, including every sentenced prisoner, has the right to conditions of detention that are consistent with human dignity, including medical treatment,” the department said.

The department adde4d that Zuma’s healthcare needs required the involvement of the South African Military Health Service. Zuma’s hospitalization comes days before his scheduled appearance in court for a corruption trial on Tuesday.

Mzwanele Manyi, the spokesperson for the Jacob Zuma Foundation, said the medical examination would advise him on whether he was fit to attend court for an arms deal corruption trial.

Miitu Kibaki,Raila,Uhuru,Ruto & Co. looters will be next.It won’t matter whether muuaji Raila’s worshippers volunteer to be killed or not,NO,they also have learnt that he benefits alone while their killed relatives become food for maggots,ants,beetles etc.

If he were in Kenya he could have gone to Nairobi Hospital the next day after reporting to jail.

Can someone educate me as to how many coffins or caskets are required for a single death?