King Mswati of Swaziland Buys 19 Rolls-Royces, 120 BMWs for His 15 Wives 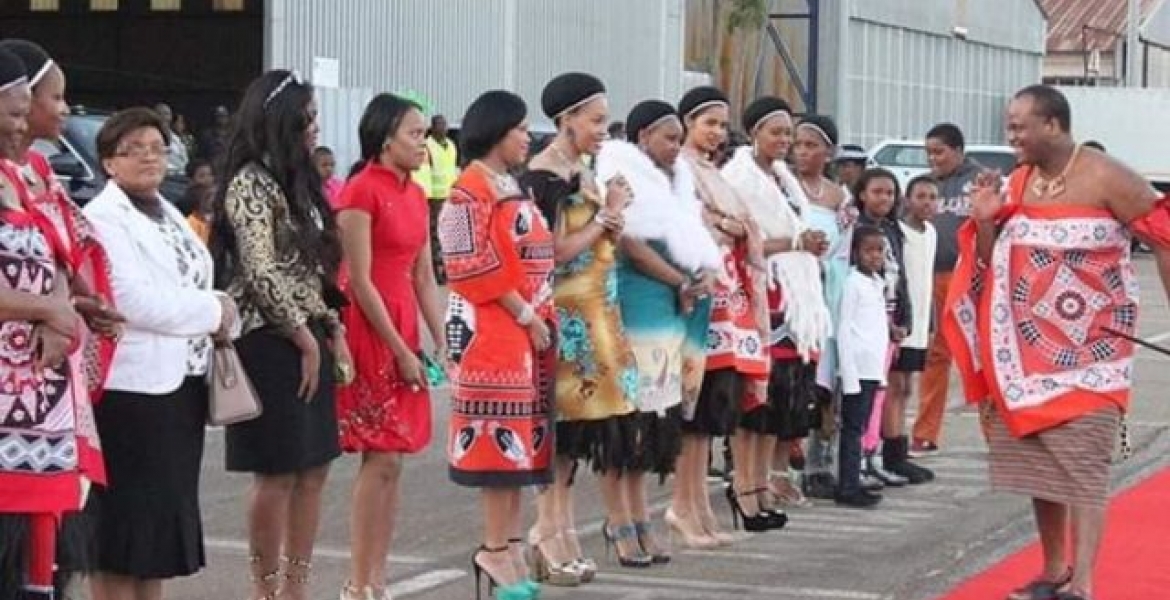 King Mswati III of Eswatini, formerly Swaziland, is under fire after reports that he splashed millions of  dollars to purchase a fleet of luxury cars for his considerably large family.

King Mswati III allegedly acquired at least 19 Rolls-Royce vehicles and 120 BMWs at a cost of $16 million, according to numerous reports from the South African nation. 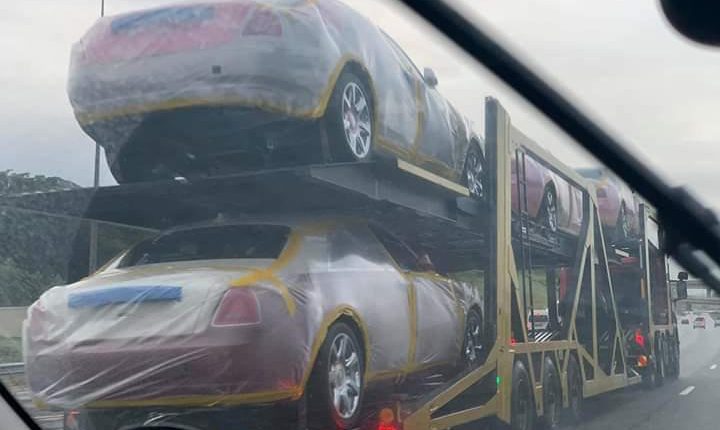 The monarchy’s opposition leader Wandile Dludlu said: “These cars are for his motorcade and the exclusive use of his children.”

“To say this is a blatant display of arrogance and total disregard of the poor people of Swaziland’s feelings by the monarch would be an understatement.”

“He is basically showing them a middle finger and proving to all and sundry that he is a law unto himself,” Mr. Dludlu told the Times Live.

Dludlu further accused the King of making the extravagant purchase in a bid to “spoil himself and his family” that includes 15 spouses and 23 children.

The alleged spending spree by King Mswati III came a week after 700 public servants staged a go-slow demanding pay rises. The workers say they have not had a salary increment in three years. 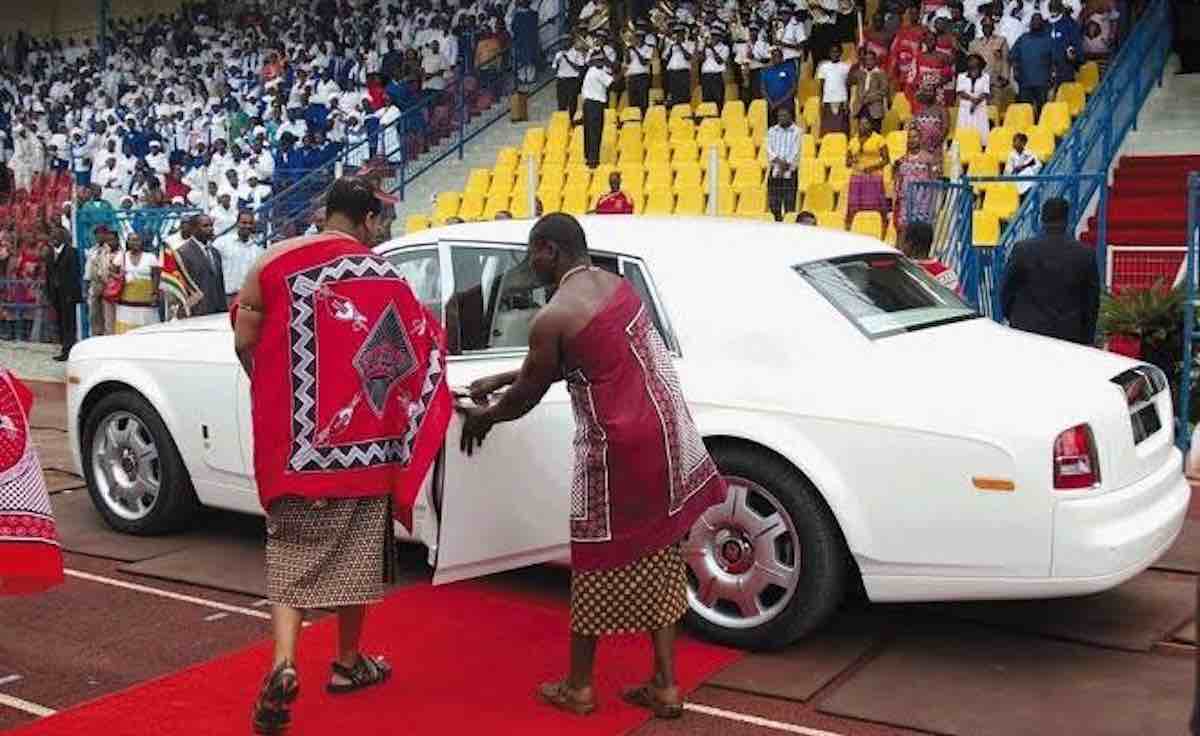 Now this is how some Wenyeinchi make Wananchi broke. I hope this answers Uhuru Kenyatta's question (as to why Kenyans/Africans are broke; even poor).

I see alot of empty yellow seats.Could this be a sign of protest...?I hope so.I while ago some of you may have read my post claiming that this crooked king had bought a plane that was well over the total budget of his ministry of health.
Now this are some of the things African Union should look into.There is no reason for such extravagance at the expense of suffering citizenry.
Why do tax payers take this punch in the tummy laying down?
Too bad we africans let some of our leaders act like demi gods,and as such, they feel like they own the country the lead,and to hell with whoever complains.Some of you may remember that this same king in 2005 decreed that all under 18 year old women abstain from sex,in attempt to curb the rampart AIDS?HIV spread in his country,only to grab himself a 17 year old girl.Not to mention that their is credible evidence that some of his women were forced to be with him...
Talk abuse of power,and tax revenue.Five years ago his household budget was61 million US dollars year,meanwhile over 60% of his people live on one dollar aday. Greed and hubris atoxic comb.
Interestingly, he claims to be a christian...of course NOT Christ like in life style and morals.Well like they say an apple does not fall far from the tree.His father had more than 120 wives.Is this the" african culture" we want to champion? Iam glad Uhuru has one wife.Good example Mr president.Good Christian:)

Illiteracy at its best! In this time and era, women are qued for the king to pick the ones he likes!
I don't think these women ever stepped into a classroom or have any brains period!

Clearly you do not know the history of why the women do what they do. Do your research first before accusing the minds of what isn’t true.

He is their King and he does not hide these things. He does all of this in the open. Uhuru and Ruto will occasionally go to vibanda to eat pretending. Mswati will not be seen with commoner. That aside it is wrong to live such an extravagant life while your subjects are suffering.

And this krimino parade his wives like primary school in the morning.

African leaders when will they ever learn? Their citizens are living in poverty...Mswatis daughter was in the media years back of living lavishly in Beverly Hills with tax payers money obviously. Africans need to wake up

This makes me so angry, this is not a king it is a hellboy

This is the height of stupidity. Taking the little money your land locked country has and taking it all the way to your masters in Europe. How sad?? The minute you build top notch hospitals, first rate schools, provide clean drinking water to your population that is when you become a leader. This is insane. It is a tragedy to spend that kind of money on motor vehicles. No common sense.