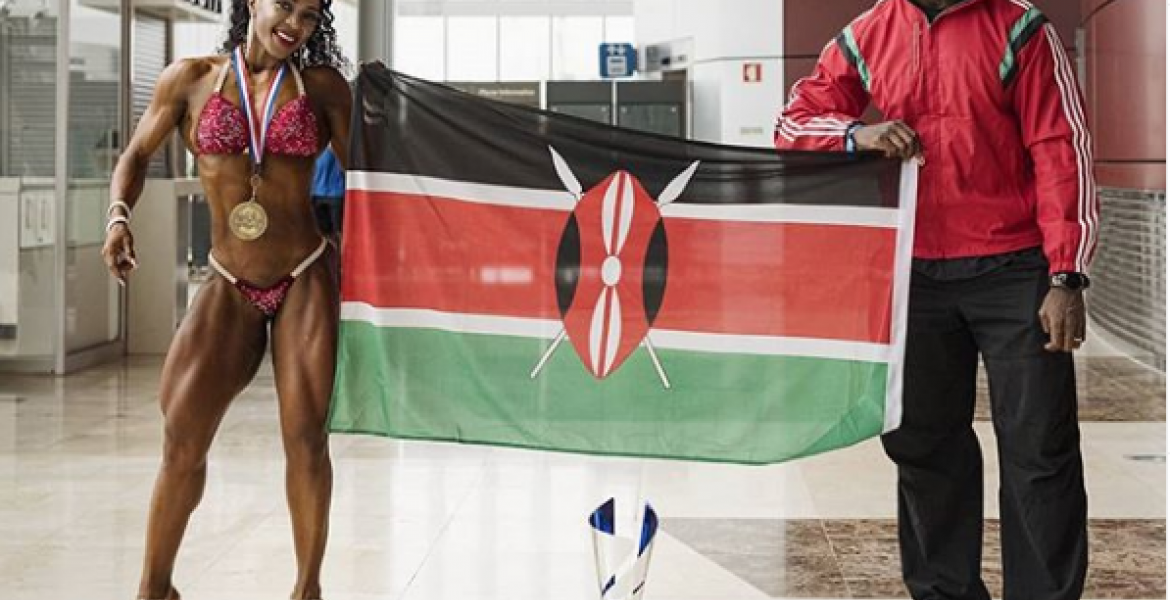 Ms. Owala was awarded the title by the International Federation of Bodybuilding and Fitness (IFBB) on Saturday.

Her latest victory comes a few months after she scooped two trophies during the annual Arnold Schwarzenegger Sports Festival held in South Africa in May.

Ms. Owala, a personal fitness trainer and proprietor of Eveal Health and Fitness, took to social media to share the news about her victory with her Instagram fans.

“To all the people who keep asking if they are good enough; YES YOU ARE! You are seasoned for the season! African championship wellness 1st place,” she wrote.

"In my country, there exists good people, people like my better half who puts up with my prep sunny and dull days but still kisses me on the forehead and says, it is ok," she added.

Ms. Owala quit her banking career to pursue her passion of keeping fit.

Beautiful lady from neck to head, Very strong muscular man from shoulders down this will be the toughest equation to her male partner unless she dates that Hollywood lady from kisumu.

You are intimidated and quite insecure ha! Pili pili husiohila lakwashia nini?

You are one hell of an idiot. She happens to be happily married. Some men like wanawake wa nguvu, vitu zimekomaa, zimeundwa zikaundika. She is a beautiful lady who happens to put Kenya on the map.

LOVE YOU GIRL...KEEP IT UP..
NEXT STOP..
WORLD CHAMPIONSHIPS..