60 People Killed as Fuel Tanker Explodes in Tanzania, Most Victims were Siphoning Petrol 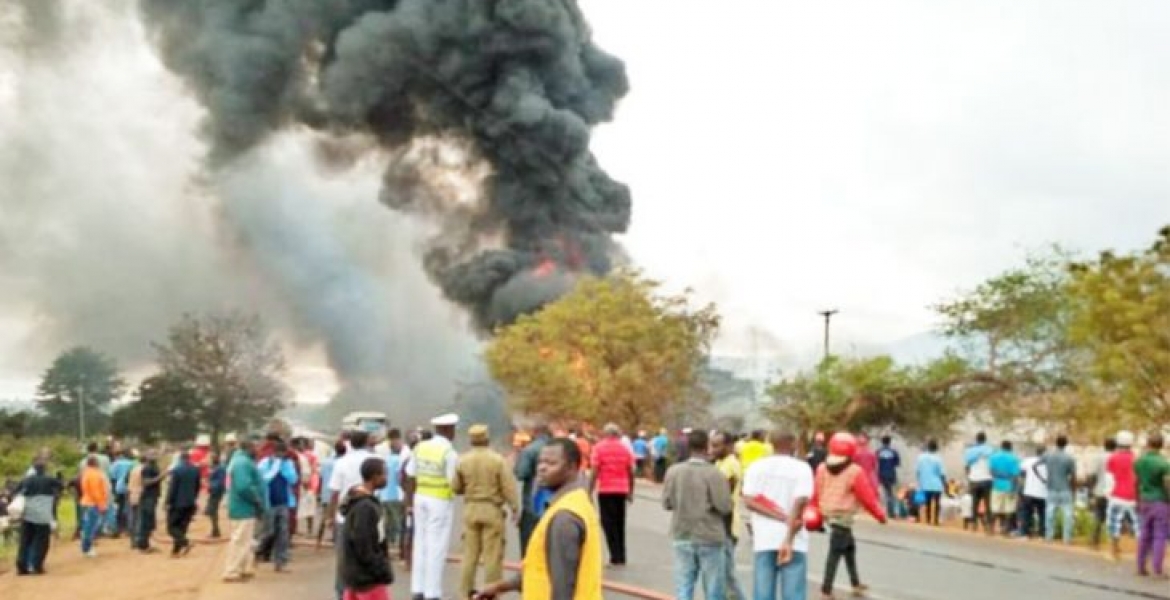 At least 60 people have been confirmed dead and more than 60 others wounded after a fuel tanker burst into flames in Tanzania on Saturday morning.

State broadcaster TBC Taifa reported that many of those killed and injured were siphoning petrol from the vehicle which crashed in Morogoro town.

“We have been saddened by reports of an accident involving a fuel truck in Morogoro, which caught fire and burned several people,” government spokesman Hassan Abbasi tweeted.

The victims included motorcyclists and food vendors who rushed to the scene to collect leaking fuel after the tanker overturned.
Confirming the number of causalities, Morogoro Regional Police Commander Wilbroad Mutafungwa said the incident happened about 200 meters from Msamvu Bus Station in Morogoro town.

In January 2009, more than 100 Kenyans died after a petrol tanker crashed and exploded in Sachang’wan, Nakuru County. Many of the victims were siphoning oil from the tanker before a fire broke out.

The African’s penchant to steal, kupata vya bure. So sad. Mali isiyo yako jameni, mbona wachukua? I have trained my kids never to take anything that’s not theirs, even when everyone goes for it. Hii ni kukosa adabu sana, shame on us!

@ mlachake, is we all taught our kids those lessons you teach your kids, crime would lower as well.When I was growing up, their is no way I could bring home something that my parents did not know and approved its origin.
In today's world,most parents are happy that their kid got afree thing that they dont have to spend money on.Some even encourage their kids to steal.And them we wonder why our kids are turning into horrible adults.And corrupt.

Unfortunately the desperate state of corruption driven affairs in Africa will always lead man to take desperate and often fatal measures to eat. These deaths lie squarely in the hands of the thieving so called leaders

Sorry to our sisters and brothers in Tanzania. RIP
Let our leaders learn to protect their citizens by protecting the resources so all have the basics and therefore do not have to steal.
Corruption, greed and following foreign systems is what is destroying our society. This should be another wake up call for our people!!