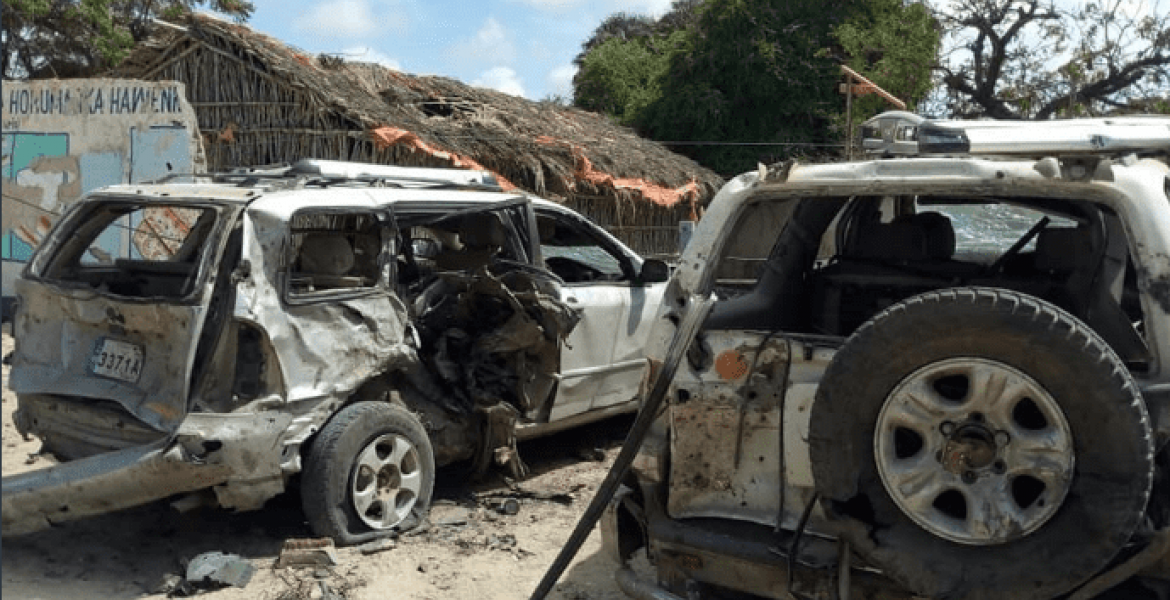 Three Kenyans are among more than 20 people who were killed during a terror attack at a hotel in Kismayu, Somalia.

In a statement, Jubbaland region’s president said a presidential candidate for upcoming regional elections was also killed in the all-night attack staged by four gunmen.

Two journalists and a United Nations staff member were also reported to have been killed.

Four militants stormed Asasey Hotel on Friday night after targeting it with a car bomb while local elders were meeting to discuss the upcoming elections. 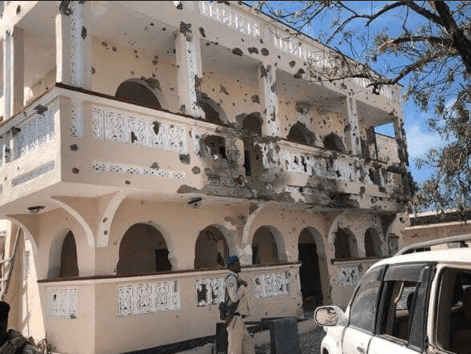 “One of them was the suicide car bomber, two were shot dead and one was captured alive by Jubbaland security forces,” President Mohamed said.

"Twenty-six people were killed in the attack and fifty-six others wounded, among those killed are […] three Kenyans, one Canadian, one British, two Americans, and three Tanzanians. There are also two wounded Chinese citizens," he added.
Earlier, police said all the attackers had been killed during the siege that left more than 50 people injured.

We must learn from our past mistakes or history will surely repeat itself. Times for negotiations with terrorists are a thing of the past. They’re there to kill and die all they need is time.Any second wasted is a death sentence to the hostages. How can 4 POS be allowed 14hrs to slaughter the innocent while there are hundreds if not thousands of law enforcement and military personnel around? Especially in a place which seems to cater for the well to do thus making it an obvious time bomb. I bet you we will never see another 911 attacks in the US in our lifetime. A key survival instinct is fight or flight, unless we use our natural gift, we shall remain a sitting duck. RIP to the innocent souls and condolences to their loved ones