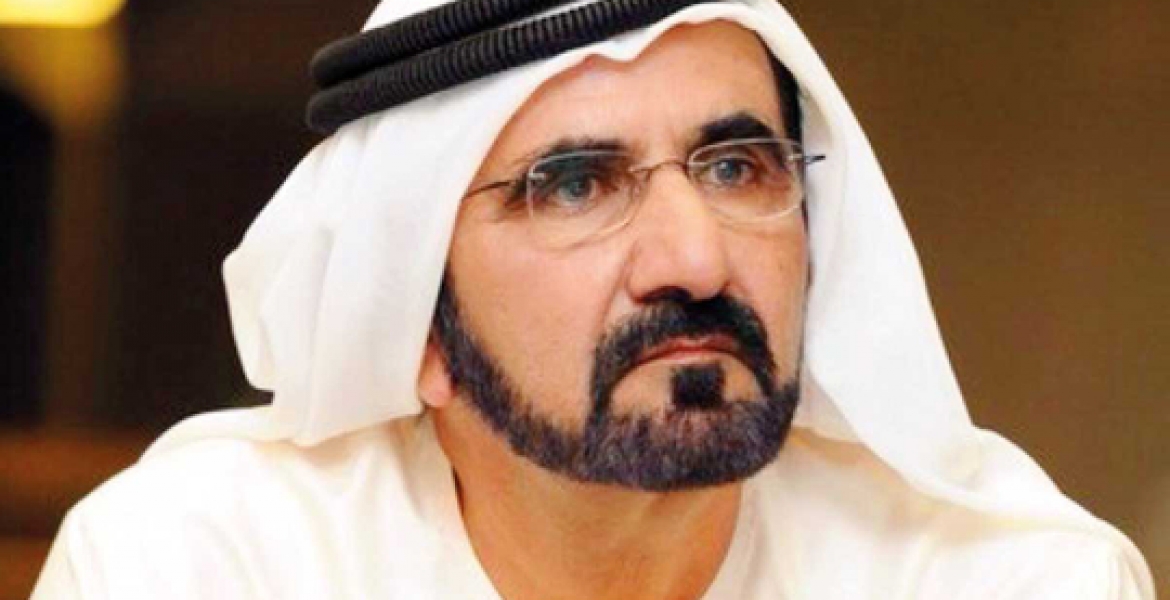 The wife of Dubai ruler Sheikh Mohammed bin Rashid Al Maktoum has reportedly left him and fled to Europe.

The Sun reported that Princess Haya sought asylum in Germany and filed for divorce from her husband immediately after arriving there.

Princess Haya is said to have fled with their son Zayed, seven, and daughter Al Jalila, 11. She also took with her $56 million.

The 69-year-old Dubai ruler has reportedly asked authorities in Berlin to return Princess Haya, 45, and his children.

However, Berlin authorities have refused and are protecting the three in what could spark a diplomatic crisis between Germany and the United Arab Emirates.

Sheikh Mohammed also doubles up as the Vice President and Prime Minister of the UAE.

A few weeks ago, Sheikh Mohammed's name hit media headlines in after reports that he was conned Sh400 million by Kenyan fake gold scammers.

These Arabs pray 5 times a day but in real sense they make at least 5 million sins in one day. We live in modern technology and I believe the lady was lonely watching all international TV channels ( including Oprah) , maybe her major chore was to count money all day in room and wait for the king who is constantly busy, never allowed to have personal space and time out, As result she opts to go and explore the real life.
Saudi women are in harsher situations than what we hear.

HOw can these women let this be done to them?And why do the men treat their women like that in this day and age?

HOw can these women let this be done to them?And why do the men treat their women like that in this day and age?

@ Ndugu Imara Daima, I have never given it a thought till reading your post.When Muslims pray 5 times a day, is it the same prayer recited 5 times,or they are 5 different prayers.Do you know.And does ALah give a reason as to why he demands the 5? You would think one prayer would take care of all Alah needs to hear.Yes Kusali mara tano ama zaidi ni uraibu.That's why we have to question these religions.We should not follow blindly.Something has to make sense.Iam still waiting for avideo somewhere showing aknown cripple being prayed for then suddenly throws his or her leg supports,and starts to walk...Christians would lead you to believe that its possible.Isay its not .Show me.

The only true thing about the Muslim prayer called shahada is the first four words recited in that prayer, "There is no God..."

And they say it five times a day.

Another one tried to runway last year. They have all the money but not happy....https://www.youtube.com/watch?v=TPuhzT47XWs

Daughter ran away twice and now the wife. He's the papi to the runaway princess who fled Dubai last year saying she wanted to live a normal life without oppression. She was later arrested in a yacht off the Indian coast after her the Sheikh called the Indian PM and asked him to send troops to intercept the ship.
This dude looks like ako na hasira za mkisii.

She must be very unhappy... she needs to go to the US or UK, but Germany is also great. Never should she return. This guys pic scares the hell out of anyone. And he is 69, with a 45 year old? Gosh!!

Did this fool get his gold from Weta and Rao? Sheikh is having a bad year. To loose a wife and gold back to back- ouch!

Arabs commit the most heinous human rights violations behind closed doors. Regardless of the glitz and glamour middle east women are the most mistreated in the world.

Everyone has right to practice any religion they wish. I am surprised some people here want to pretend to be muftis or kadhis of our Islamic religion. Praying 5 times a day is within the five pillars of islam and its akida (principles) not addiction. if you choose to pray on sundays or Saturday its your call. Unless you are very well versed with islam please spare giving madrasa because it will not be the truth. others are generalizing "arabs "

@Imara islam was not started by Aisha.(AS). Please stick with your religion. This man is not face of islam.

@ ndugu Imara,umemjibu vizuri sana. Like I ways say, question.Let what you are being told at least make some sense.Now, tell me, does it make any sense to marry a 7 year old girl?Wow, its shocking that that happened,by a man who claimed to be religious.This is child abuse in the highest degree.At least mwana wa mariamu did not do stuff like that.