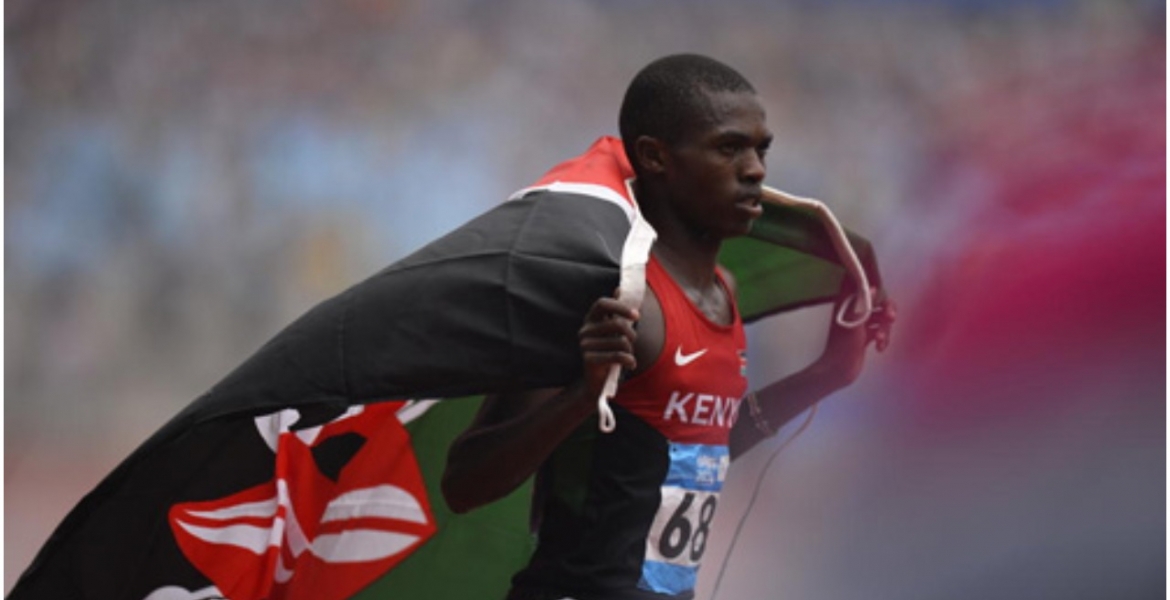 The 23-year-old athlete is reported to have collapsed at his home on Friday night and was rushed to a hospital in Mount Elgon where he was pronounced dead on arrival.

Kwemoi has been training in Iten and Nairobi under National Police Service coach Isaac Kirwa, who confirmed his death.

“It is true that we have lost him at a young age. He was a promising athlete,” Kirwa told The Standard.

Senate Speaker Kenneth Lusaka in a message of condolence described Kwemoi as a focused and hardworking athlete, saying the country has lost one of the most promising racers.

“Gilbert Soet Kwemoi was a humble, talented, and outstanding sportsman with a bright future,” he wrote.

“My deepest sympathies and heartfelt condolences to his family, friends, the people of Mt Elgon, and the entire athletics fraternity during this difficult time,” the speaker said.

Kwemoi won the gold medal in the 1500 meter in 3:41.99 during the 2014 Youth Olympic Games in China. In 2015, he bagged the silver for Kenya at the African Under 20 Championships in Addis Ababa, Ethiopia.

I think they overstressed him so much pressure while training. He was still tender and he was not fully developed both mentally and physically. Men mature slowerthan women. Sorry for the loss. May his soul rest in eternal peace

@ cctv, it is a terrible loss indeed.I hope they get to the bottom of what caused the death,and hopeful same fate could be avoid from happening to another athlete.
While on this topic of athletes,I just read that Omanyala has broken another Kenyan 100 meters record by running 9.86 seconds. Undoubtedly this is impressive.But in this day of doping to enhance ones performance,Iam suspicious of these results.I hope he is not doping.I say this mindful that Omanyala was at one time suspended for doping,couple that with his training partner Odhiambo doping shortly before the olympic in tokyo.In fact he traveled there but did not run.
I hope the athletic community and the government will reach out to Kwemoi's family, financially,and otherwise.
As for Odhiambo,this is a grand embarrassment .After all these preaching against doping,and he does this?Ban him for 7years.