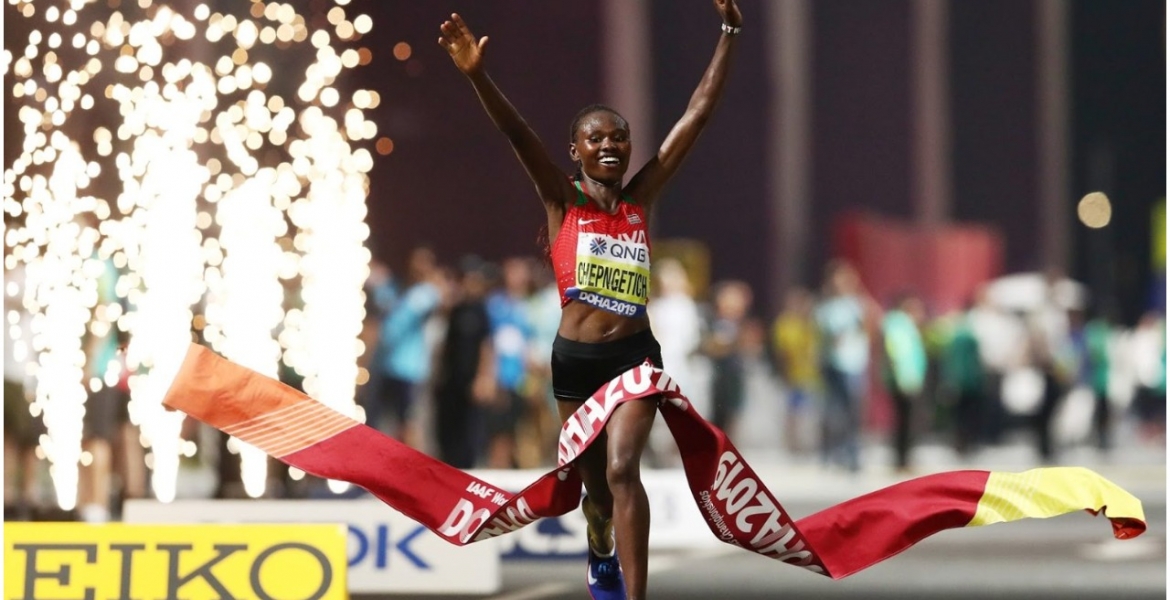 The 26-year-old won the Istanbul Half Marathon on Sunday after clocking one hour, four minutes, and two seconds (1:04:02), taking off 29 seconds from the previous record set by Ababel Yeshaneh of Ethiopia at the Ras AL Khaimah Half Marathon last year.

“I knew the course well despite the cold weather. I didn’t expect I could lower the world record time by a few seconds. I’m so happy and this is due to good preparations,” an elated Chepng'etich said following the victory.

This was the world marathon champion’s third Istanbul Half Marathon title, having won the race in 2017 and 2019.

Ethiopia’s Yalemzerf Yehualaw finished a distant second in 1:04:40 while Hellen Obiri of Kenya was third in 1:04:51—the fastest half marathon in history by a debutant.

World record-holder Kibiwott Kandie of Kenya triumphed in the men’s race in a course record of 59:35 ahead of compatriot Geoffrey Kamworor, who clocked 59:37.

This lady is special.With the weather being as bad as it was,and then to break the world record,is something that was totally unexpected.As I congratulate her, I hold my breath hoping that there will not be any doping scandal.Its so unfortunate that greedy athletes from Kenya have tainted the name of all these hard working-clean winning athletes.This is why dopers should be burned for life since they dont want to play by the rules, they can look for another career.
Thanks again Ruth. We have been spoiled .We dont expect nothing but the best from our athletes.The bar is high.We should all support them,especially the government.

Congratulations team Kenya. Ruth,and Obiri are the best.As so is Kandie,and Kamworor.Keep flying the Kenyan flag high.You make us all very proud to be Kenyans