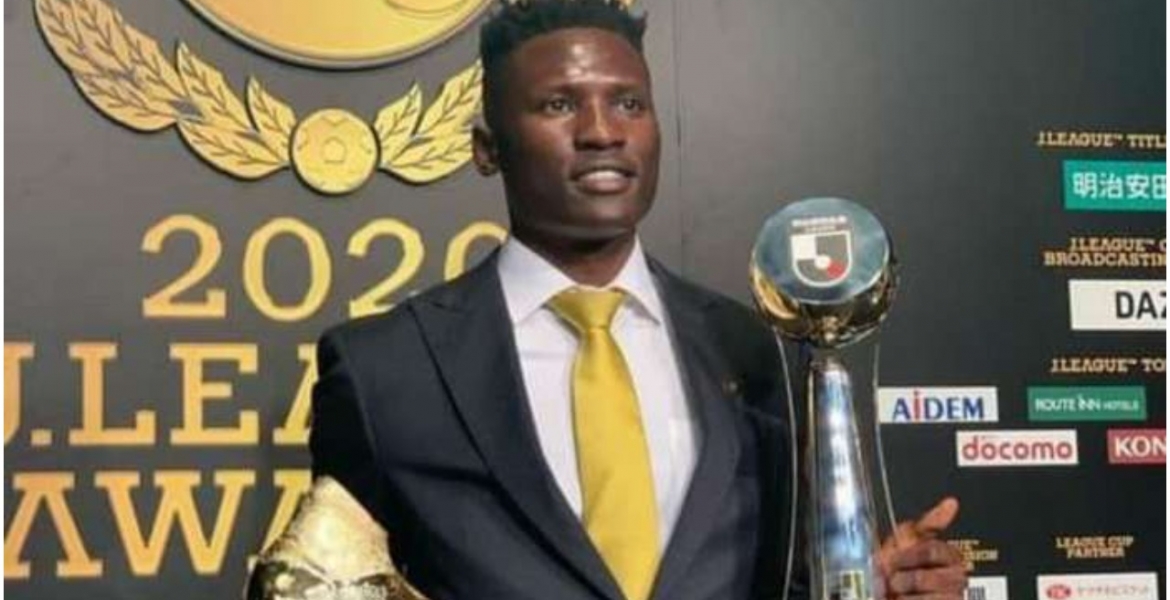 Kenyan football star Michael Olunga alias ‘Engineer’ has been named the Most Valuable Player (MVP) in the Japanese top-flight league in 2020.

The 26-year-old scored 29 goals for Kashiwa Reysol, helping the team finish 7th in their first season after gaining promotion.

“Glad to be named the Most Valuable Player (MVP) 2020 in the Meiji Yasuda J league. Firstly, I want to thank God for this opportunity and blessings throughout this season. Also, the collective effort from myself, my teammates, the entire Kashiwa Reysol fraternity, and fans helped make this dream realizable for me, and for this am grateful.”

“I hope this is the beginning of more achievements in my career,” Olunga wrote on Twitter.

He joined Kashiwa from the Chinese club, Guizhou Zhicheng in 2018 having been signed from Djurgardens IF of Sweden.

He was part of the national team that represented Kenya in the 2019 Africa Cup of the Nation (AFCON) in Egypt. He has appeared for Harambee Stars 40 times, scoring 18 goals.

It is written in the bible. A prophet has no honor in his own country' (John 4:44). Congrats .