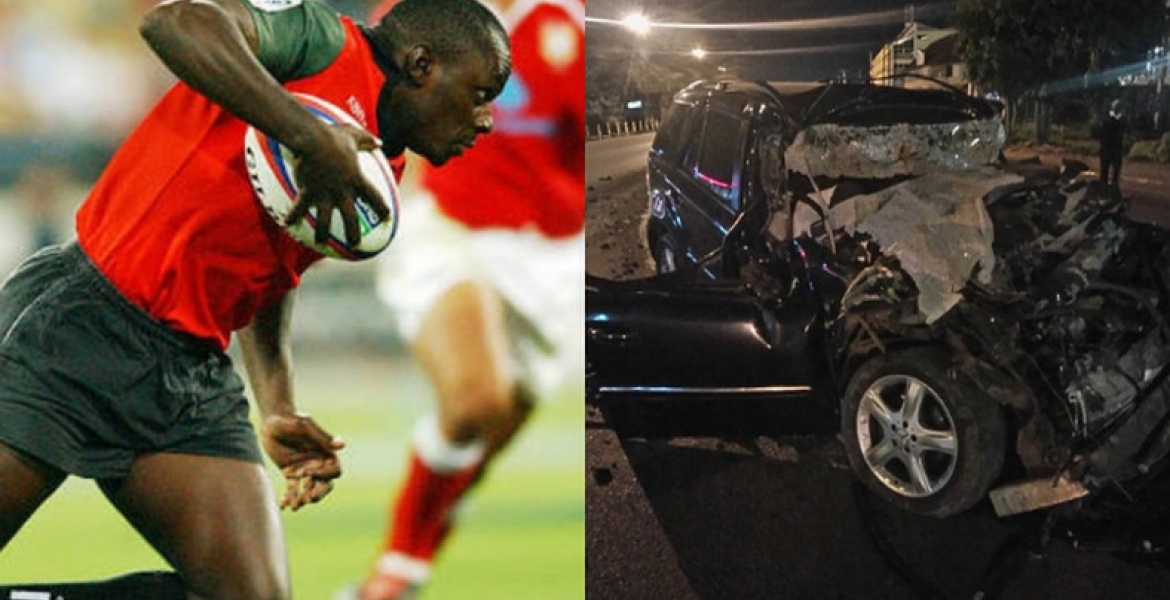 Makaka, 38, was driving along the busy Mombasa Road on Saturday, May 23rd, when he rammed a stationary truck from behind, according to reports.

His death was confirmed through Twitter by Kenya national rugby 7s team, Shujaa.

“We are deeply saddened by the death of former #Kenya7s International player Allan Makaka who passed away today in a tragic road accident. Our most sincere condolences go out to his family and friends. Rest in Peace Champ,” Shujaa tweeted.

Makaka scored the highest tries for Kenya in the 2004-2005 World Rugby Sevens Series while having the most points at 86. In his 57 appearances for Kenya 7s on the Sevens World Series, he scored 28 tries, earning the side 142 points.

Until his death, Makaka worked at Royal Media Services (RMS) as the Business Manager for Hot 96 FM.

“Allan joined Royal Media Services on 1st February 2012 as a Business Executive and later became the Business Manager in charge of HOT 96, a position he has served with great dedication, passion, and commitment. Allan has been instrumental in mentoring members of his team who have gone on to excel in their work.”

“His friendship extended throughout the whole organization. He embraced all and interacted freely with everyone. We have been in touch with the family to condole with them. We request your prayers and support to the family during this very difficult time,” said RMS HR Director Rose Wanjohi.

Makaka is an alumnus of Musingu High School and the United States International University—Africa.

I hate driving Kenya roads at night. Some heavily smoking slow moving opaque truck may be in front of you and you don't see it until it is too late. RIP Makaka.