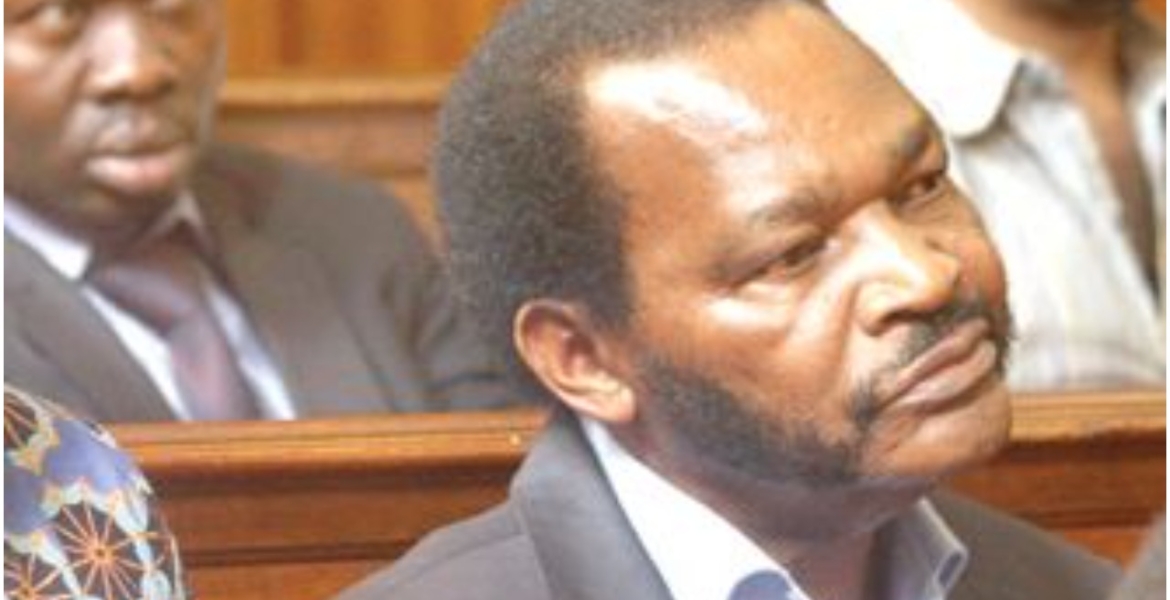 President Kenyatta's cousin Ngengi Muigai has lost a court battle for a 443-acre coffee estate in Kiambu county that was auctioned by Kenya Commercial Bank (KCB).

The bank auctioned Muigai’s Muiri Coffee Estate to Bidii Kenya in 2007 for Sh70 million after the estate’s sister company Benjo Amalgamated Limited defaulted on a Sh18.6 million loan it took in 1988.

On Thursday, the Court of Appeal dismissed an application by Muigai seeking to bar Bidii Kenya from occupying the property it purchased 15 years ago. Muigai wanted the court to set aside earlier eviction orders issued by High Court Justice Jonathan Havelock in 2014.

But Court of Appeal judges Roselyn Nambuye, Fatuma Sichale, and Sankale Ole Kantai dismissed the application, stating that Muigai had already attempted to appeal the eviction order in 2014 but his suit was dismissed for failure to prosecute.

“In the absence of any facts to the contrary, the position we take is that indeed there was an earlier application filed by Muiri Coffee Estates seeking the same relief which was dismissed for want of prosecution. In light of the above provision, coupled with Muiri Coffee Estate’s silence on Bidii Kenya Ltd’s assertion on the issue, our hands are tied. We cannot proceed further. We have to down our tools.”

Since 1992, Muigai and his company Benjo have filed at least 18 suits seeking to block KCB from selling the land over failure to pay the loan arrears.

Muigai told the court that KCB auctioned the Sh3 billion coffee estate to Bidii for only Sh70 million, arguing that the sale was in bad faith, but the bank maintained that it only exercised its statutory duty over the land through a consent that was entered between the parties in 1992.

I wish all the public land grabbed by the three former presidents’ families and all elite gangsters were compulsorily seized.They can be redistributed to the landless or be turned to State Farms for research.

You're very Correct. In fact the Land should be Given to Families from Whom it was Grabbed. And I can't Wait for the Land Jomo Kenyatta grabbed to be Returned to its People (in Kiambu, the Maasai, the Kalenjins, Taita-Taveta, Pwani, and the Coastal beaches).

Land issues will be revisited once these Dynasty expires. They must show proof how they acquired. Jaramogi let Kenya down by saying let's wait for a thief in jail to form gov

@memnye unfortunately land is not distributed to the landless but goes to the rich and mighty . the gap between the poor and the rich grows further

Nonsense! Do you know anything about what constitution says about land? The constitution of Kenya addresses the issue of land ownership and that is why even Uhuru Kenyatta could not interfere with this case even though Ngengi Muigai is his first cousin. Taking private owned land by force and turning it into research institute is not solution to Kenya's massive land problems. Don't forget this research institutes are most corrupt public institutions in Kenya. Take KARI or KALRO(Kenya Agriculture and Livestock Research Institute) as a prime example. If you live in Naivasha and want a sheep, a goat, or a cattle the best place to buy it from is KALRO because you will most likely get it at a 1/4 of the market price. KALRO in Naivasha is run by an organized mafia syndicate. Kenya government lost control of it to the said syndicate long time ago. The syndicate has managed to corrupt all state organs in Naivasha, ironically including the anti-corruption agency EACC, to extent that the mafia syndicate is treated like Holy see. This situation is probably mirrored by other research centers in Kenya. It will take divine intervention to end corruption in Kenya

Divine is a first step to get good people to follow the rule of the law. So in a matter of time the land issues will be solved even if not during our time but will and can be solved in the present too. The sad thing is how huge population around Mt. Kenya are living in poverty due to no land or tiny pieces of parcels and yet the big shots looted it in plenty for profit.

All of us know that kenyatta family and GOONS did pay a penny for all the land they got after independence. Or what Moi's family got when MOI was in power.
It time for kenyans to reclaim what RIGHTFULLY OURS.

Uhuru is holding the most stolen property. He's MVP

Losing 400 acres can't hurt him, his family owns millions of acres, larger than the state of Arkansas. What's a paltry 400 acres?

All land buyers and sellers should use multiple agents to verify land being sold. Land owners on the other hand should own the risk of offering their land as collateral.