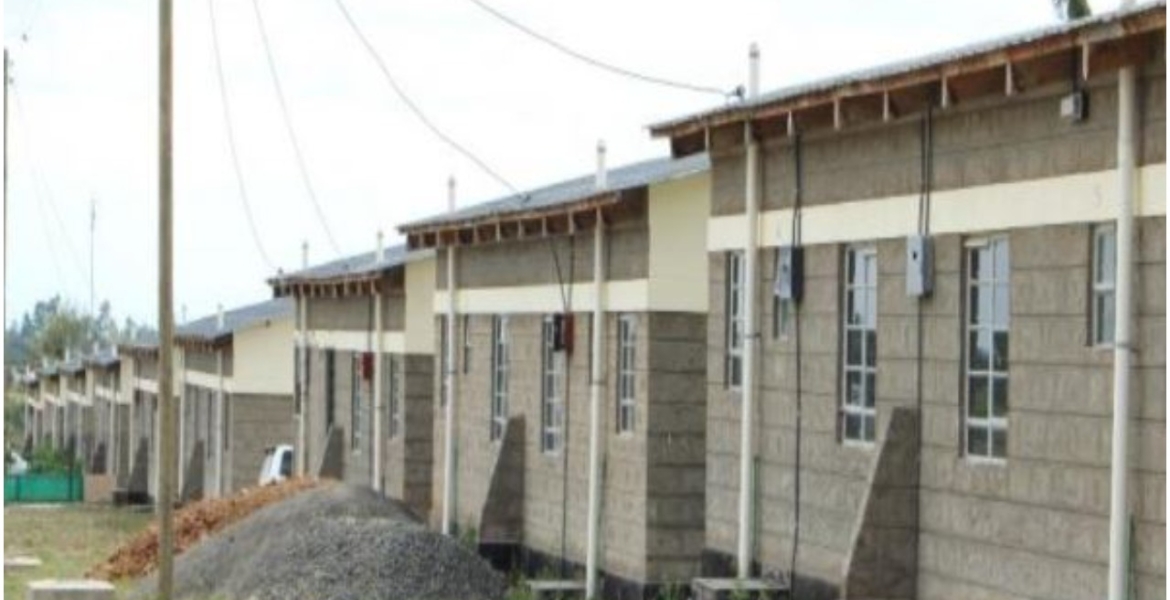 A strict savings culture has enabled a group of boda-boda riders in Nanyuki, Laikipia County to build a Sh150 million estate.

By saving Sh50 daily, the motorbike operators under the Nanyuki Boda-Boda Sacco (NABOSA) have managed to own permanent houses while creating job opportunities for members.

Patrick Waithaka, the NABOSA Chairman, said construction works began in 2017 after most members reached the minimum capital requirement of Sh140,000.

“Our intention was to stop living in rentals and get our own places so we decided to start making daily contributions to build the houses,” said Waithaka.

“The bank told us that the capital needed to begin construction for each individual house was at least 20 percent of the total Sh700,000 so we started making contributions and by December 2016 majority of us had saved the 20 percent.”

By 2018, the Sacco had put up 60 housing units on a six-acre parcel of land at Sweetwaters area in the outskirts of Nanyuki town.

“The 60 sixty houses were handed over to the respective owners. But we still continued with building because our aim was to build 120 units,” Waithaka explained.

Instead of spending money on paying rent, NABOSA encouraged members to make daily savings, which has also enabled some of them to buy personal cars and business trucks.

“I used to stay in an estate called Lion’s Court in a one-bedroom house that cost Sh7,000 per month and right now as you can see I don’t pay rent anymore and I have my own house,” James Kamiti, a member of the Sacco, said.

“The money that I used to pay rent I now save and even if the house is small at least I can pay back my loan, feed my family and continue with my life.”

NABOSA vice-chair Moses Njoroge urged the youth to adopt a savings culture, saying it will enable them to plan for their futures.

“We tell the youth and boda-boda operators that once you get paid before spending you should set aside some of it and save it. A daily Sh50 contribution from our members has enabled us to build all these houses,” he said.

Well done trail blazers. ...and these misleaders insist on using 150m for flights and per-diems to go BENCH-MARKING. I wonder how many county leaders have visited sweet waters for bench-marking. This is real someting, 50 bob a day!!!! Impressive!

@ Justme NONE of the county leaders have shown interest ! why care if they came or not . private intiative has the best chances of success if you wait for government to assist you, to guide you then you live in Jerusalem alone you will wait for ever but not for the tax

This is a practical and real bottoms-up economy! Well done my fellow Kenyans!

This is my kinda news. A motivated and determined Kenyan is a like the wind. Hard to stop or contain. Kudos to these boda-boda crew for this accomplishment. I’m motivated to save a dollar a day.

They need financial support not 'wheelbarrows at this century . What work will wheelbarrow do at this era of artificial intelligence .

Yes it can be done.Discipline, sacrifice,team works,and had work,and setting goals does it.Enjoy fruits of your labour. Remember how you got here an avoid infighting,and dont let greed tear down what you have build. Keep it up,and best wishes.

Yes yes I have seen them myself.Very good news.Bottom up Bottom up huslers kabisa.U start small with wheelbarrow then bodaboda then taxi then truck.Let this be an encouragement to many folks out here who hustles Kila siku.

This is the real hustle.
I respect these people. Lessons
No one will help you but yourself.
Do not waste time following politicians, they will not build a house for you.
Network with likeminded