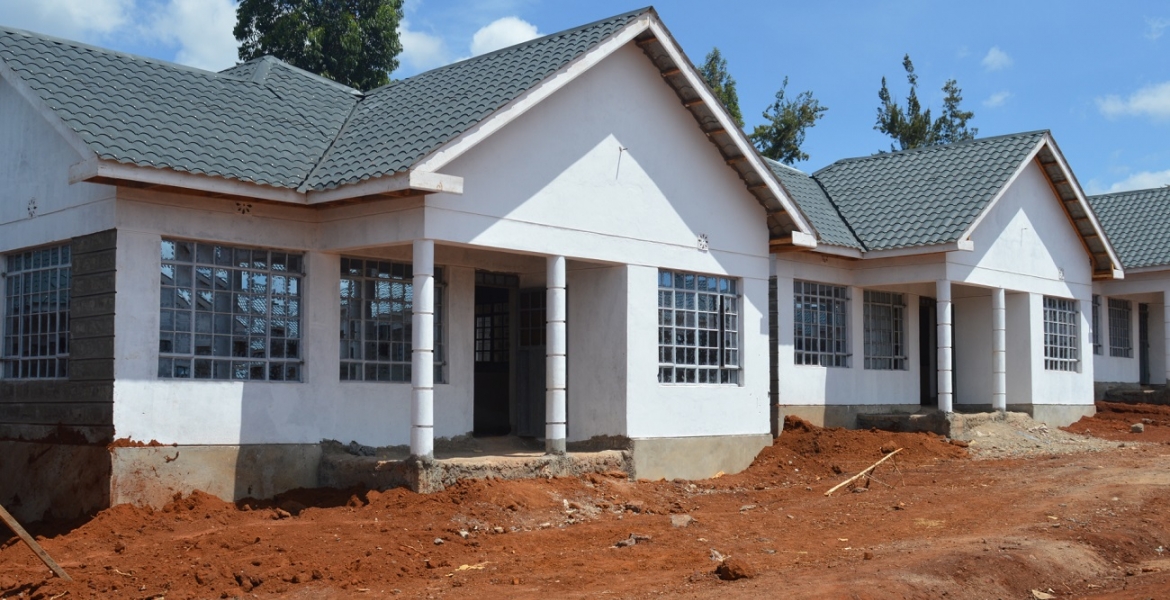 The buyers, including Kenyans in the US and other foreign countries, paid Sh3.9 million each for the homes through off-plan agreements.

The 1,000 housing units were being put up in Oak Park Estate, Rosewood Estate, and Pinewood Estate—all along Kenyatta Road off Thika Superhighway.

But the construction of the houses has stalled two years after the project started, with the developer Andrew Kamau attributing this to delayed payments among other reasons.

“It is true that we have experienced delays because of various reasons (among them being) late payments from clients. We also underestimated the amount of work that we were going to put into those projects. We are actually pushing all our projects on the remaining works by a further six to eight months,” Banda Homes founder Andrew Kamau told Citizen TV.

The company also blames Covid-19 pandemic for the delay but the deadline for most of the projects elapsed around mid-2019, months before the outbreak of the disease.

Not a single homebuyer has been handed their units with structures lying unfinished with no signs of completion any time soon.

“I bought a house through Banda Homes in 2018, and I completed my payments as agreed and the delivery date was last year in April or May but the house is far from being complete,” said Anthony Kariuki, one of the home buyers.

Due diligence. And the folly of buying fixed assets in a country you might never live in. Buy a second home in FL or CA

Sadly many are coming to that realization and opting to invest elsewhere. Additionally, I don't see my kids following my footsteps and committing to investments in Kenya. I know Kenyans who are opting to invest in the BVI (British Virgin Islands), Belize and Costa Rica. They feel that contracts are more enforceable in those countries and the investments are in the same hemisphere and easily reachable at a moments notice.

They should have asked me first. Most Kenyans are Thieves without Faces. Tamaa mtupu.

How that dark lady has been advertising Banda homes. She is in so many youtubes showing their gorgeous houses.

Kenya is full of scammers. Why not invest where you live?

If you know you know, all this investments being hawked in diaspora are scams ... to say the list. My North America diaspora brethren, invest here, your kids are not interested to fight endless court cases when we cease to exist.

How many times will our people be swindled with flashy advertisements and false promises? Buy land and build on your own, at your pace and your taste.

There is a term for this in physics but I'll go simple and say you are screwed.

Kenyans will never learn, listen to the likes of "MjuAji", read between the lines, or even borrow a leaf from daily happens reported in the media. From Gakuyo to Urithi, to greenhouse pyramid, to Optiven, to Username, and many more. You dont get it. Those millions you send to Jamhuri is very enticing to Kenyan wachoraji. Unless your jasho is not painful, continue being generous. Scammers are watching your trends.

At a Time like this when so much is happening around us, it's high time you understand the business model of your investment firm.

*How does Optiven operate?*

The business model is very friendly and open. Optiven goes out there in the counties, Identifies a piece of land, which fits their specified requirements and the ministry of land regulations, eg location, accessibility, social amenities nearby,etc,
They then Sub divide the land into different portion starting from 50×100, 100×100, or Half Acres, ( This is determined by the ministry regulation of zoning), Optiven then adds value additions like drilling a bore hole and connecting water to every plot, Installing three phase power, constructing internal access roads, process individual *title deeds for each plot,* (available for free to perform due diligence with the relevant land offices), then sell the investment to willing Kenyan.
Value additions differ from project to project, there are projects for capital gain ( where you buy, get your title deed and wait for the property to appreciate and sell off later), properties for immediate settlement and projects for commercial development purposes.

We are open daily for free site visit to our current projects and previous ones done over the 20 years in business.

Another one bites the dust

Dear Mwanaichi. This is another “Urithi” in the making. The notorious Urithi headed by Maina, Moses Kiarie and Joseph Macharia have another more fake project in Nyeri Town called “GOLDEN GREEN ESTATE”. The Nyeri sales guy whenever a prospective buyer come knocking his office, somehow he alerted his secretary to inform and dispatch well depressed goons to the Shamba so that by the time the prospective buyer gets chauffeured with Urithi Van, the prospective buyer would find these goons busy looming in the property pretending to be buyers where the Urithi sales guy would start engaging with them to make it look real. In 2017, one of the mentioned goon mentioned above from Urithi sales weighed about 70 KGs and today he is close to 100 KG/220 Lb. To say the least, Nyeri Golden Greens was a charm. They swindled a Kenyan in Diaspora, all his retirement package running into millions, and now a senior citizen who is currently suffering from deep depression. This senior citizen was ready to return home and build a few apartments after completing payments on the fake plot at GOLDEN GREEN ESTATE in Nyeri. Ndahoya Ngai amagithie ene Urithi thayu matuku maria mothe magutura muhuro wa riua na njiaruo chiao mindi na mindi. Na makiria ma muandu mothe umue kua umue magethuwa na chiigokara na kurogota mahuti Wakulima Market. Washidwe katika Jina.

Tiga kuhoya Ngai. Just as I would advice any newly minted greed card holder to do due diligence before moving to the US, the reverse holds true for would be diaspora investors. Even your relatives should not be fully trusted when it comes to land. Buyer beware holds true

Well, I am a victim too.

Lol! My dad left behind some properties in Kiambu and others in a godforsaken slum in Nairobi. We sold all that shit and some shares at a loss, split the money between us and forgot all about it. We buried him here so what business do we have with Kenya?

the best thing ni kujenga instead of kununa

Even kujenga is risky. They forge documents at night in conjunction with NLC officers.

Off plan ni scaam in Kenya.

Do not invest in this off plans. Only the government can save its citizens.

Im a kenyan property lawyer and i have had it in my 10+ years witj rogue developers. Especially offplan sales. For me any developer who advertises their properties/projects in citizen TV, sends representatives to diasopora to scout to people to deceive, advertises with Maina Kageni on radio and issues advert brochures in traffic through young girls and boys are all fake.
On the flip side there are awesome developers who deliver projects in time and in good quality. John Latham is one of them a project in Tatu City that we signed contracts in November and last week my client got keys to his apartment handed to him. What I'm saying here is the government should start blacklisting developers and its directors to cushion buyers.

Learnt the hard way with Bonito homes. Delivered my house and a few others, never completed the other almost 40 homes. The place is now desolate and looks like a slam. Impossible to rent the home even at a quarter of the monthly mortgage we pay. KCB sold the homes to us at 8% - three years interest rate shot to 16%. In 10 years you will have paid 30 million for a house that costed 11.3 million. We did our math and chose to walk away, bought shambas and built beautiful home at a fraction of what Bonito homes costed us. Do your due diligence before you invest in Kenya.