Gov't to Demolish More Than 3,000 Illegal Buildings in Nairobi 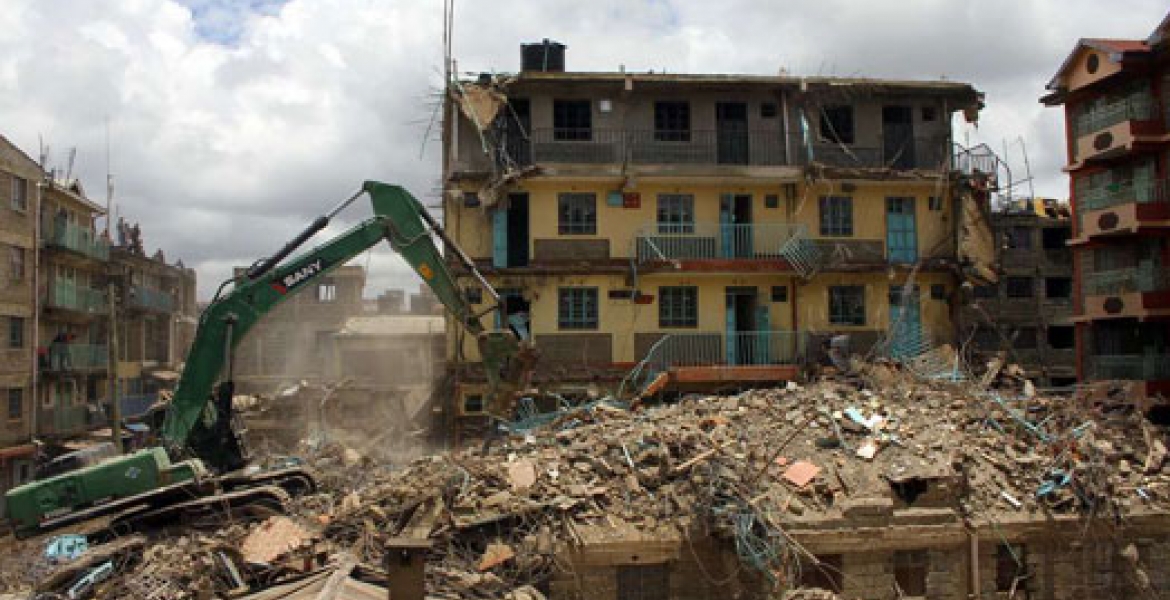 The government has announced it will demolish more than 3,000 illegal buildings in Nairobi in the coming weeks.

Public Works Principal Secretary Paul Maringa says the structures to be brought down are ones whose owners ignored demolition notices served to them by the National Construction Authority (NCA).

The government official says most of the buildings are located in Nairobi's informal settlements, including Huruma, Githurai and Gachie.

"The law is very clear on what is needed when it comes to construction. There are agencies enacted to ensure certain criteria are met in order to protect both lives and livelihoods. We cannot allow anyone without necessary approvals and without meeting the set criteria to carry out construction in this country," says Maringa as quoted by the Star.

The PS spoke during a press briefing at his office on Monday, accompanied by National Building Inspectorate Secretary Moses Nyakiongora and NCA boss Maurice Akech.

At the same time, Maringa says they have recommended the prosecution of individuals behind the illegal structures and those who flouted construction regulations.

An operation targeting structures built on riparian land, road reserve and public land was launched a few months ago by a multi-agency team.

Several buildings including Ukay Mall, part of Oshwal Centre, Airgate Mall (formerly Taj Mall), South End Mall among others have since been demolished.

A country has to have rules of the law in order to succeed. Any and all illegal structures need to be removed immediately regardless of ownership.

Exactly. Weston Hotel needs to go as Fast as possible.😰

If we say the law is "Very Clear" to whom? All those laws need to be translated to local languages so they can be clear to all Kenyans and not to some. Let us not use new corruption to shift wealth. We are all watching to see the beneficiaries.

You can start by translating yours, verifying with a lawyer and selling to your people at cost price. That would be a good idea.

My question is,why did it take this long?This structures should have been nipped at the drawing board.And resources could have been used wisely at other approved locations, by approved construction companies.
Iwonder if insurance companies are paying for some of these structures...
Yeap doing the right thing pays in the long run.Ignore the law at your own peril.

From another angle, the law is "very clear" and need to be very clear to the agencies that approve these buildings. The people approving these buildings are the ones breaking the law because they knowingly through inducement of bribes mislead Mwananchi to put up these structures. If the agencies were working (and paid) to interpret and apply the laws that govern land ownership and construction this wastage of resources would not have occurred in the first place. The owners need institute legal action on specific officers who signed their documents for the loses incurred. Sue individuals left and right for damages, this will bring accountability in those offices.