Skip to main content
Live-In Helper Wanted in Harrisburg, Pennsylvania
2019 Census: Kikuyu Listed as Most Populous Community with 8 Million People, Kenyan-Americans Among the Least
Couple Sentenced in the Murder of a Kenyan-Born Man in Eugene, Oregon
Why Low-Income Immigrants Including those Who Entered the US Legally Face Greater Risk of Deportation Starting Monday
Prime and Affordable Plots for Sale in Ngong: Park Estate - Ngong Phase II
84-Year-Old Kenyan Man Returns Home to Rousing Reception After Living in the US for 60 Years
Konza Tecno City Coming to Life
Death Announcement for Francis Njehu Moko of Huntsville, Texas
Previous Pause Next
19 /real-estate-news.php REAL ESTATE NEWS 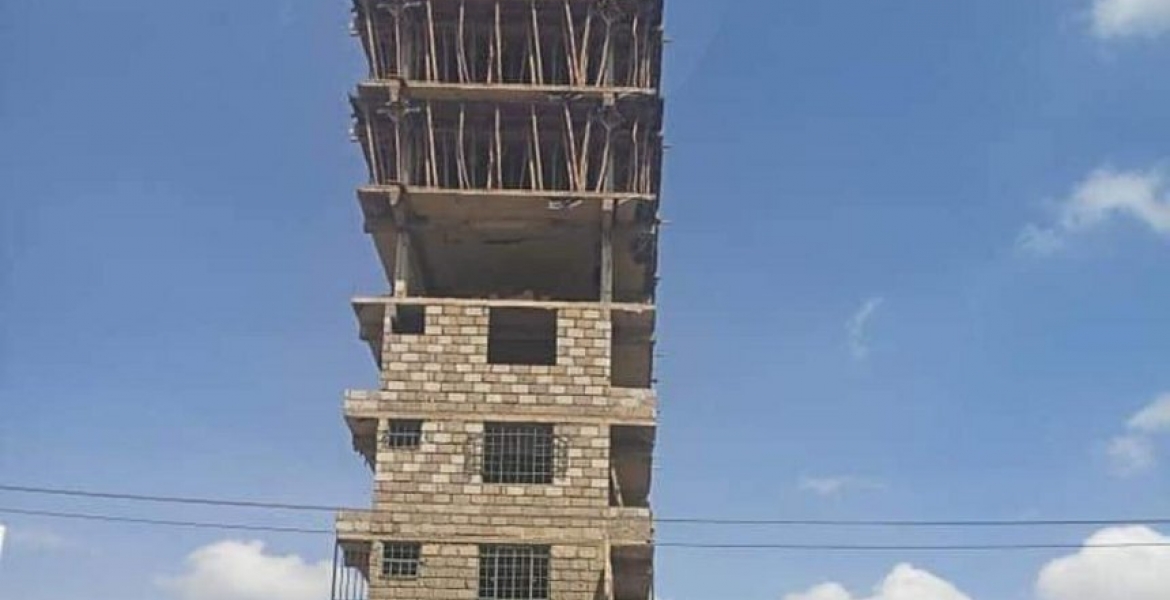 Officers from the Nairobi County government have on Friday arrested the owner of a Nairobi building that caused online uproar over claims that it is unsafe.

Caroline Wanjiru, the owner of the seven-storey building under construction in Kayole estate has been arrested following orders from Nairobi Governor Mike Sonko. Ms Wanjiru was nabbed moments before the demolition of the structure began.

The seemingly narrow building caught the attention of social media users who questioned how the owner obtained approvals from City Hall.

“Alert 🚨 Disaster Dear @MikeSonko How was this 📋APPROVED? This building shld be marked ❌ and 🏗️demolished. How many of such unsafe structures have collapsed resulting in deaths❓ Location: App Bee Centre, Harry’s Tavern, towards Kayole,” tweeted social media user Philip Ogola.

“My admin cannot sit back & watch innocent Kenyans trapped in collapsed buildings because of corruption. This morning a multi-agency team led by City Hall officials arrested owner of a condemned 7-storey building in Kayole for building without approvals/ignoring a demolition notice,” tweets Sonko.

Ms Wanjiru faces charges of putting up a building without approvals by the Nairobi county government.

Curious: Would this Building have been Demolished if it Belonged to Waiguru or Mashamba?😌

La hasha! Those are the untouchables. Kenya iko na 2 sets of laws; one for the rich/elites and the second is for the regular and poor wanainchi. #Truth.

Two wrongs don't make a right, hata kama ni ya waiguru or wanjiku if doesn't meet the building standards should be be demolished. They have saved 1 life it's ok with me.Time will come for waigurus and Rutos.God is great.