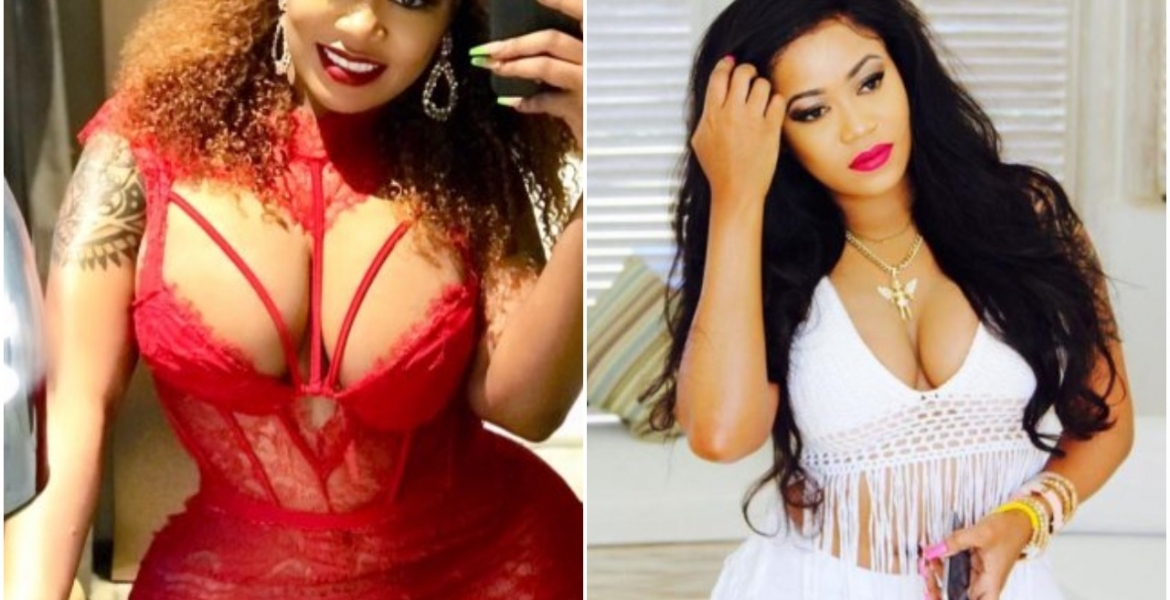 Kenyan socialite-cum-businesswoman Vera Sidika has announced she recently underwent reconstructive surgery to reverse the body enhancement surgery she had many years ago.

Sidika admitted that the move to surgically enhance her body was ill-advised, saying it exposed her to multiple health risks and complications and that she is lucky to be alive.

"The REBIRTH: This has been the hardest phase of my life. Due to health risks and complications, I had to undergo surgery. It’s still very unbelievable but I've come to love myself regardless. I'm lucky to be alive, God loves me so much," Sidika told her followers via Instagram.

The Instagram model, who runs Vera Sidika Beauty Parlor and Spa, divulged that she did not celebrate her birthday this year due to complications and warned women against body enhancement procedures.

"Honestly, it's been pretty hard. I didn't even celebrate my birthday this year but here we are. Happy Birthday to me. I've come to appreciate life and never take things for granted. Thanks to my family, especially my husband for being there for me," she added.

Sidika, who has over 2.2 million followers, promised to share her reconstructive surgery journey with her fans and with women contemplating body enhancement surgery.

"I will be posting my journey videos here for those who have been thinking of getting booty surgery or changing anything on their bodies. This might change your mind," she noted.

In an interview in 2020, Sidika said her breast enlargement surgery was done in Beverly Hills, an affluent city in Los Angeles, California, and cost her at least Sh2 million. The mother of one said the procedure involved silicone being filled in her breasts in order to make her body proportional.

“I wasn’t proportional… I used to be thick but not proportional so I just decided to be proportional and added my boobs and I at least don’t wear bras anymore…” “It cost me Sh2 million ($20,000). I got it done in Beverly Hills,” she noted.

Sidika, who also bleached her skin, said the procedure did not affect her ability to breastfeed. She denied claims that she also surgically enlarged her butt.

Value addition gone awry. She better stay away from GMO food after this silicone journey

Vanity and stupidity in one package

MMMmmmmm,God loves her so much.Apparently she does not love back that much,otherwise she would gladly accept how God created her.She should shun the devil who is making her "deform" herself.Charm is deceptive,and beauty is fleeting;but awoman who fears the lord is to be praised.
I see my detractors ready to say,Hey Max,but are a kaffir why are you quoting the good book" To that Isay, your God said that he makes the rain fail on sinners are well...
Nothing wrong with quoting a relevant source.

Larry Madowo , Nation media group and all the media houses in Kenya are to blame for promoting the “socialites” & not educating the masses on the consequences of plastic surgery & effects of prostitution one’s self-esteem.

I don't understand why we promote prostitution in the guise of socialites, slay queens, sugar babies etc.
Who cares what and how they fix themselves. This is part and puzzle of mental enslavement where everyone born black feels inferior or you have to have certain parts looking different than everyone else.
Women are like cars, all of us have our different preferences.
If it's an 18 wheeler, KIA, mini cooper or Bugatti, it'll take me from point A to B, the only difference is the price tag and how fast.

@Kora kanini, if this is what women's liberation movement has empowered women to do,then they should rethink.It certainly damages what a real woman should be.How can you pay dowry for a woman with 1/3 of fake parts on the "womanhood". Men should not fall for this robbery.

Well, every silicon breast and buttock has an expiration date after all they are products that expire or assets that depreciate over time. @maxiley what do they call it in accounting, obsolete inventory :-)? fixed asset fully depreciated or something like it ha ha ha ha

Wow @ formely guest 2, it takes a real genius to be able to conflate accounting principles and silicon breasts into concept all can understand. Iam impressed.

Ha ha explaining the balance sheet item to a nonfinancial audience ............ and this was a very good example I could not resist.

When you treat the body like a car, then you gotta perform regular silicone and botox balancing or parts start to fall off. She should have stayed in LA, they've pit stops.

Fall in love with yourself. You gotta love yourself first and foremost