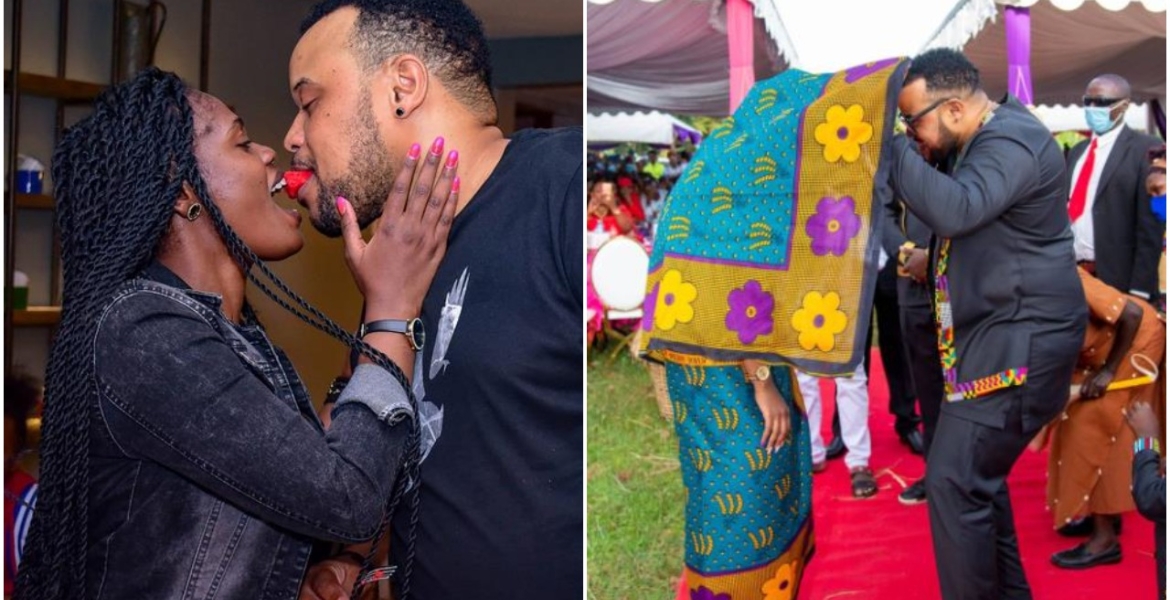 Kenyan gospel singer Betty Bayo and her boyfriend Tash have finally tied the knot after two years of dating.

The two lovebirds got married in a Kikuyu traditional wedding held on Saturday.

An elated Bayo took to social media to share some photos from her wedding, including that of a car in the entourage written ‘Bayo and Tash Ruracio’. “How it started,” Bayo captioned the photo.

The groom was seen in another picture after correctly identifying his wife-to-be from a line-up of bridesmaids.

“He even knows how I smell,” Bayo gushed over the photo.

The 11th Hour hitmaker kept her relationship with Tash under the wraps until earlier this year when she introduced him to her online fans.

"Finally, it has been two years since we met each other and became good friends, what led there after no one can explain it. I had to take time to get to know you better, What really inspired me was how you feared God, respected me and the love you showed towards me and the kids," Bayo wrote on Facebook.

"I know your past won't come as a surprise, at least I know all your exes. You're my answered prayer... my love I know you're not perfect and that makes the two of us love."

Bayo was previously married to controversial Pastor Victor Kanyari but the two separated in 2015 after the televangelist was exposed by a local TV station for allegedly extorting money from Kenyans through fake miracles.

Seeing how the tenets,and commandments from the Bible are not followed by those who claim to know better than the rest of us 'non-christians", Iam persuaded to believe that those who remain silent,and dont strongly criticize them are even worse.
My understanding is that the Bible says that there should not be any divorce,and in the event that there is one, the two parties should reconcile.In other words,there should not be any remarrying.
Unfortunately, Christian marriage today is influenced by social trends,opinions,and culture rather than the transcendent immutable and eternal truths found in the good book.
So when will the True Christians stand up to these errant practices and pull the lost sheep back in to the fold?
Where have I gone wrong?