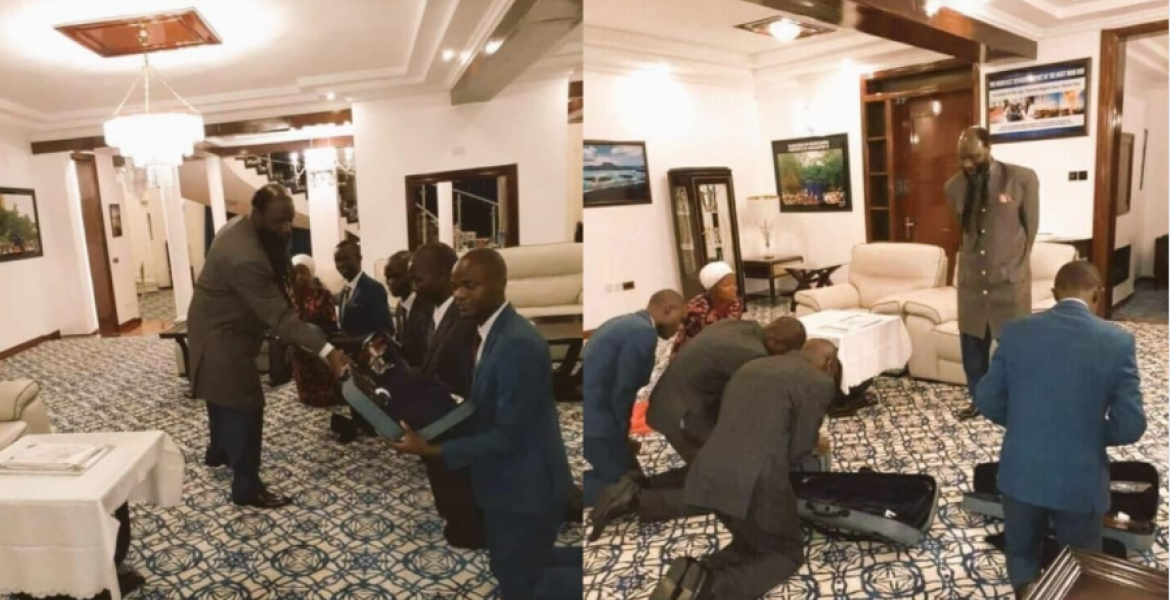 Photos showing some followers kneeling before self-proclaimed Kenyan prophet, David Owuor of Repentance and Holiness Ministry have caused a stir on social media.

In the pictures that have since gone viral online, four men and a woman seem to address the clergyman while on their knees.

The images sparked a heated debate among Kenyan social media users with a majority accusing the five of worshipping the man of the cloth. Others defended the move saying maybe prophet Owuor was praying for them.

Stephen Onyango wrote: “Look at how he lives in opulence why his followers wallow in poverty.”

Vinie Escobar said: “Modern slavery is by people own will the chains are religion and politics and debts. People sell their souls for false promises and prophecies of a better life.”

Philip Chianda quipped: “According to the picture, many can draw different points according to how they understand the picture. To me I think they are bowing down in front of him, or facing him but not to him, Prophet Owuor is just standing before them.”

Zalmunna Zimri noted: “This guy is not a prophet, he is a crook. He started well, but the spirit of God departed from him.”

Abdillahi Ali said: “You kneel before true God and you will be courageous to stand before man.”

Pelozi Pelozistated: “Very wrong, u kneel b4 God, don’t worship a human being.”