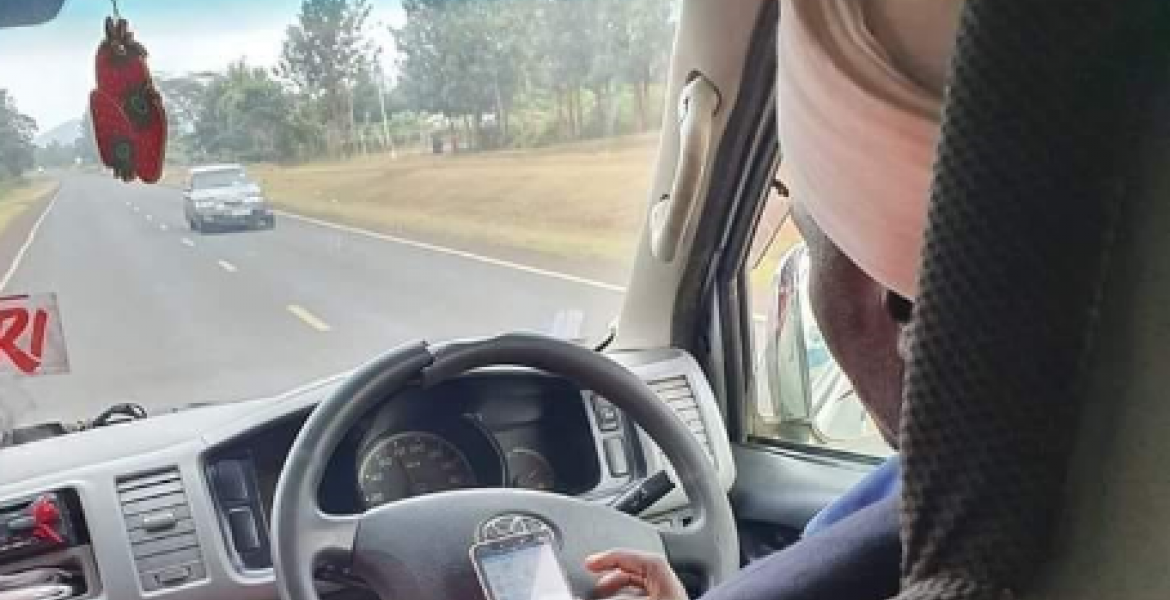 Photos of a Kenyan matatu driver who was captured using his mobile phone while doing 80km/h has gone viral on social media, sparking outcry.

The pictures were first shared online on Wednesday by a Facebook user identified as Kisii Bin Kisii who was seemingly among the passengers aboard the vehicle. 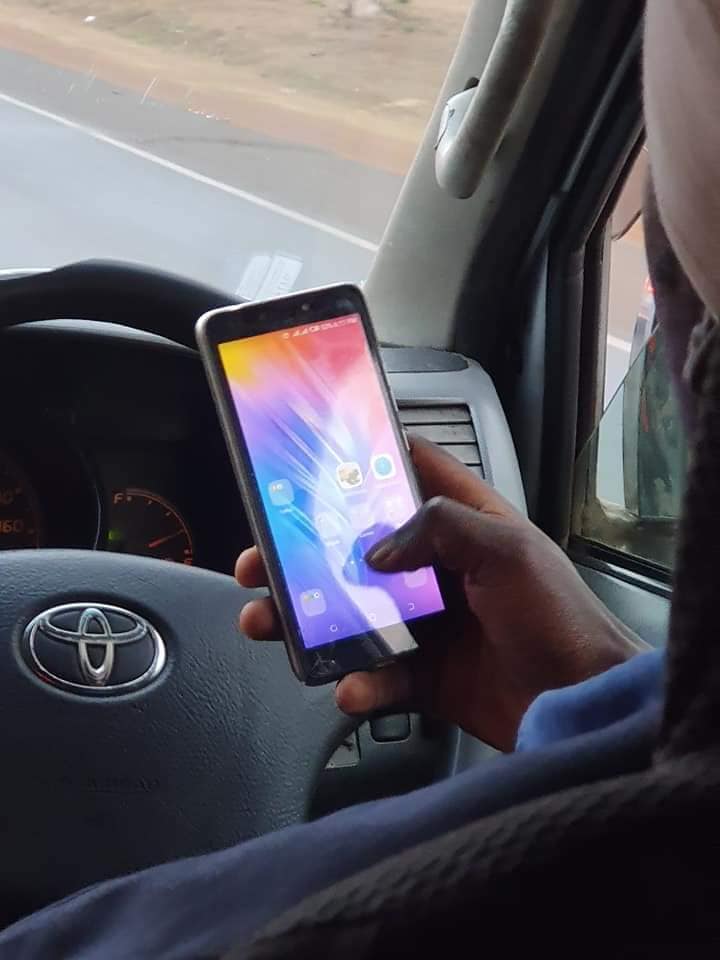 In the photos, the Akorino driver is busy on his phone sending a text message and appears less concerned about the steering wheel. 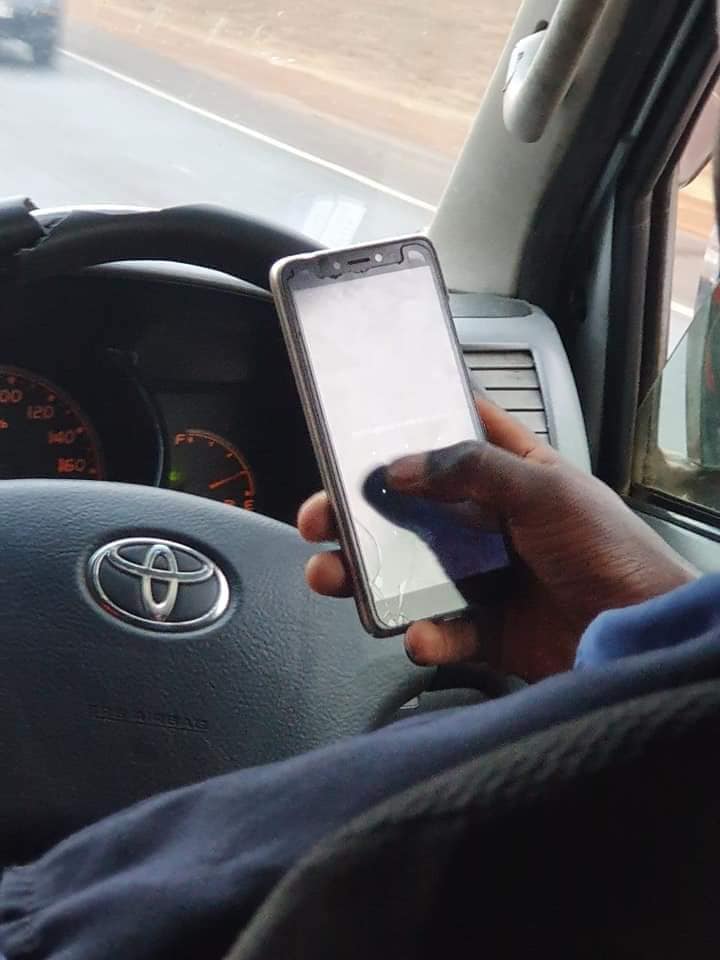 A close look on the matatu's speedometer shows the vehicle was moving at 80km/h and there is an approaching car. The route on which the vehicle was plying was not immediately established.

Online users who reacted to the photos condemned the driver for putting the lives of his passengers at risk and called for his arrest.

Oliver Tambo said: “It's just the other day 2nk matatu collided head-on with a canter near kinungi, kumbe this is what they do? No speed governor as well. NTSA kazi kwenyu!”

Jeff Wa Gicharu noted: “Stupidity is what is killing us I swear.”

Jacinta Karua said: “Wah! this one nikiona hivi mimi nitashuka on the way. I cannot put my life to such a risk. This is so dangerous.”

K Munene stateds: “Looking at the steering wheel and the clown seated behind it, you get to understand the increase of accidents in the country...”

Road carnage is one of the leading causes of deaths in the country. A total of 3,153 people died due to road accidents in 2018, according to the Economic Survey 2019.

This is why we need to teach our kids to speakup.Whoever took the picture din't say a word to the driver simply because he was scared yet his life and those of others was at stake.Imagine if something bad happened, the police and social media could not have helped but speaking up right away could.

@ Wafula, that would be a good start.Mindful that somekids,and adults would still be scared to speak up.My solution lies in technology and law.
There is enough technology to set off a siren like sound when a car goes over acertain speed limit. This device could be installed in all public vehicles.Failure to reduce immediately is heavy fine based on the duration of the siren.Three violations one looses the license .All these would work if corruption is kept at bay.

Is that steering wheel broken or is that an optical illusion?