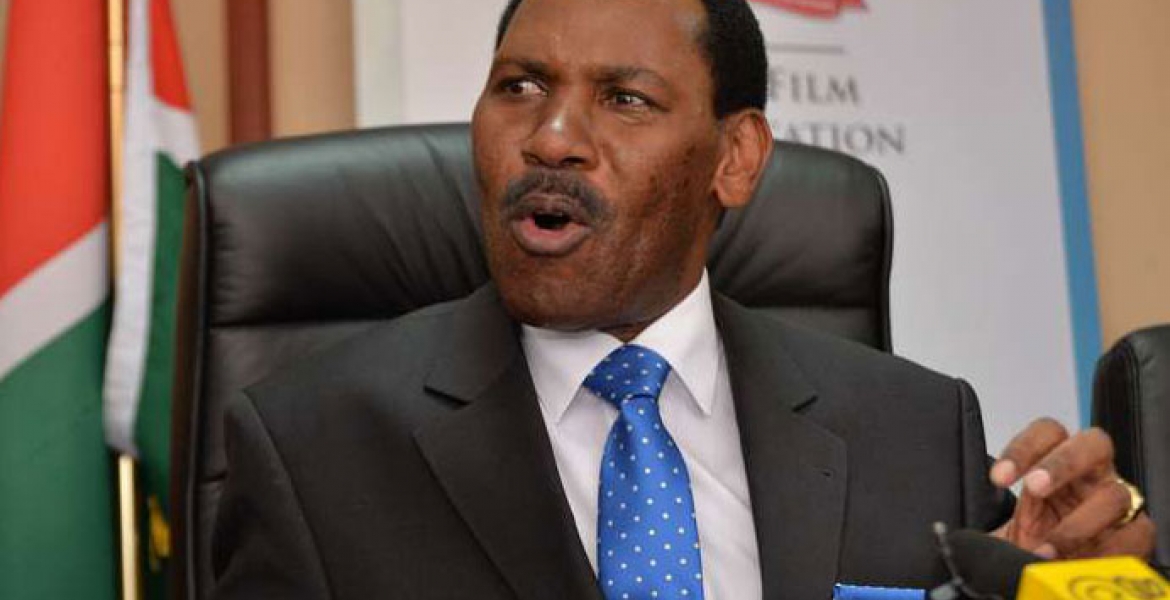 Kenya Film Classification Board (KFCB) CEO Ezekiel Mutua has banned the playing of popular hits Wamlambez and Tetema in public.

Mutua said the two songs, which he described as pure pornography, should only be played in bars, nightclubs, and other adult entertainment joints.

In a post shared on his Twitter on Tuesday, Mutua said the lyrics used in the two hits are “dirty and not suitable for public consumption.”

“Tetema and Wamlambez songs are strictly forbidden outside of clubs and bars,” said Mutua.

Wamlambez by Kenyan music group Sailers has been a national sensation since it was released in April this year, garnering close to 4 million views on YouTube.

On the other hand, Tetema, the mega-hit by Tanzanian bongo stars Rayvanny and Diamond Platinumz has raked in over 27 million YouTube views.

“While we may not ban them because they are coded, it’s important for the public to know that they are dirty and unsuitable for mixed company. Let them be restricted to clubs, for adults only!” noted Mutua.

You have just increased their popularity exponentially. I didn't even know about the songs; now I will search them out in U-tube and listen for myself...

Now let me google this

I agree , just listened and this should be rated MA,not even pg 13 .

That’s the way to go Mutua. We need more custodians of good morals in our society or we perish.

How about telling people not to listen to it.That way then it shouldn't matter where its played:because uncle mutua says its a very bad song.
And may i remind people that there is a switch OFF/NO on these gadgets that play music.please use them.

Off/On switch does not work in many cases. If you are in a mall/bus/matatu or any other public place you have no control of which music is being played. You will hear each and every word.

@Kenya, if the public strongly voice their dislike for the song in the mall,bus ...the switch will work.

... Is this Kenyan Comedian still around? Who pays his bills? I hope it is is not Kenyan Taxpayers!

Ezekiel Mutua...you're kidding..instead of helping these kids get their royalties you're banning songs....at least have musicians back....advise them on having cleaner versions of their music.