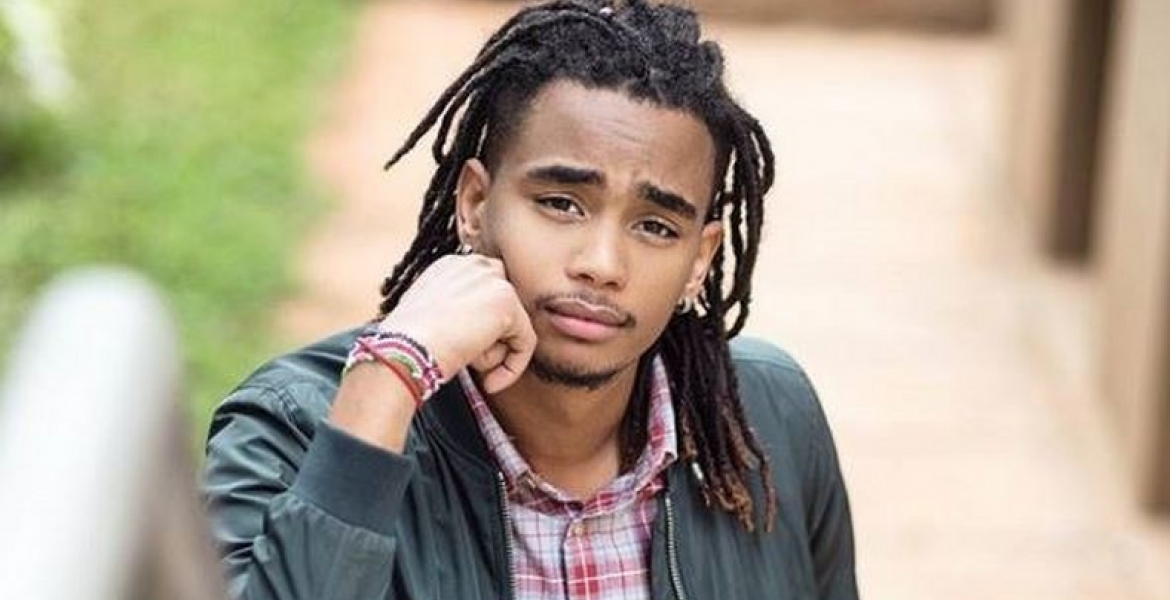 Former President Mwai Kibaki’s grandson Sean Andrews has said he struggled with depression for a long time after he lost his maternal grandfather, whom he described as his rock.

In a past interview with The Standard, Sean says the situation was so dire that he contemplated suicide and the fact that he was being bullied in school made it worse.

“When I lost my maternal grandfather when I was 13 years old, I went through depression and it got so bad that I wanted to take my life at some point,” Sean says.

“My grandfather was my rock. He was my everything and my best friend. He was the only person I felt safe with. After his death, so many people started taking advantage of me and I became so paranoid over a lot of things,” he narrates.

“This was the first time I was alone and it was hard. Being in that place where I had a lot of things bottled up in me and given the fact that I was almost kidnapped when I was a kid, being bullied and now I had lost the only person I was close to, it sent me to a dark place.”

The 25-year-old fashionista says he struggled with depression for many years before he finally got help.

“It took many years of getting help and soul-searching. Every time I tried to take my life, I’d think about the people I had come to love and what I’d leave behind and at what cost. I’m a selfless person and even when it came to suicide, the people I love came first.”

“Even though I still struggle with some things to date, I am at a much better place. I quit toxic behaviors like drinking alcohol after I got to the point where I almost became an alcoholic but I am happier now and in a much better place,” he explained.

Sean, who is also a social media marketer and vlogger, says this was the reason why he opted to study psychology - in order to help people suffering from depression and mental illnesses.

“I didn’t have anyone to talk to and the fact that I went through depression that I almost took my own life. Such things are what motivated me to be a psychologist because I wanted to be able to help people with mental health problems,” he notes.

Pole sana kijana. We know Muthoni suffered some kind of mental illness. Most likely you inherited that condition from Muthoni.

Kill yourself Mutha Fucka...I will send you an actual silver stainless steel spoon, bite on it with a nose around your neck

Woia...I wouldn't say it that way... but there might be a bit of advertising for 'hits' on the blog and eventually psychological 'services'........ Am torn...

Sometimes moving out of your family riches and starting a life where you no longer rely on who is who to get a job or make a living can be very rewarding. Sit with the dry mouth, hungry, jobless youth outside Kenya Re and other corners where the jobless congregate,talk with them and you will realize you have a lot to offer in this world and be thankful for. Do not take that private car in the evening. Walk with the others who can not afford to take a matatu home after a long day of work! You might just learn something. Concentrate on life beyond yourself and me, me me and serve others and you will get a purpose in this world.

You describe yourself as an orphan with no one to turn to but your dead grandfather. Where was your dad and mom? where was the entire Kibaki family, wealthy and influence? You're most likely a spoilt brat who's finally waking up to reality. Whether you kill yourself or not is up to you. You're a grown man.

Guys, please don't hate like that! The guy didn't choose to be born into wealth! I wish him nothing but success and peace. To say he can die and he could have inherited mental health from his gran is just evil and nasty. Mental health affects 1 in 4, so it's most likely an abusive response to someone pouring his heart out is indicative you could be amongst those affected. So, who is the better one here? Him who has accepted his challenges or you in a glasshouse throwing stones? Wacheni chuki na ufala!

Well Sukari we are not hating, this seems to be a go to nonsense when millennial cannot "deal" with life = blame mental issues!I supervise a few and I have had my share of this "I'm depressed nonsense when they cannot perform.This guy can afford shrink any day , please he needs to go tell his issues to such , do you know how many Kenyan teens who are facing real challenges in Kenya, I walk outside my parents gate and I have seen real issues every minute I visit, real problems. Sooooooo.............. and who says Mama lucy was a nutcase? Slapping a reporter , well I would if someone kept poking fun and belittling my love or my marriage!

World listen to me; depressed little rich me! Nonsense. Go se the shrinks that General Githuoya pirated from wananchi. Boy-bye

Go easy people. The rich also cry. Didn't you hear of a doctor who killed her 2 adult kids. Her ex husband is a doctor too. To our eyes we may wonder what she lucked. But truth be told, money is not everything. So go easy on the young man.

There's NOTHING our GOD cannot do.He calls us by name.He know every one of us.When we go through the rivers of difficulties..we will not drown.When we walk through the fire of oppression, we will not be burned up and the flames will not consume us.He is our GOD..our ROCK..our SAVIOR.
(When the oceans rise and thunder roar..I will soar with you above the storm..Father you're king over the flood..I will be still and know that you're GOD)

Seriously, wacha ujinga...
Seriously..grandfather...KIBAKI should have been your role model..
Ukitaka kuwa kwa limelight get something different.

Read the story again, and you will realize that the reporter is not interested with the parents. The story is more about Kibaki (grandfather), grandson crocodile tears, and nothing about the parents.

I wonder whether the reaction on this forum would be the same if this chap was battling a different ailment such as cancer, renal failure etc.

I just don't hate that way. Rich or poor, he has issues that he is facing up to. I say kudos to him - his peers will see mental health affects anyone, irrespective of background.

Admit yourself to mathari hospital you are not any special than any other Kenyans suffering from depression.. lubbish and why use the word Kibaki Anyway is it to show entitlement? Call yourself by name and stop tying yourself to former President lubbish and listen to kavandos song taka taka