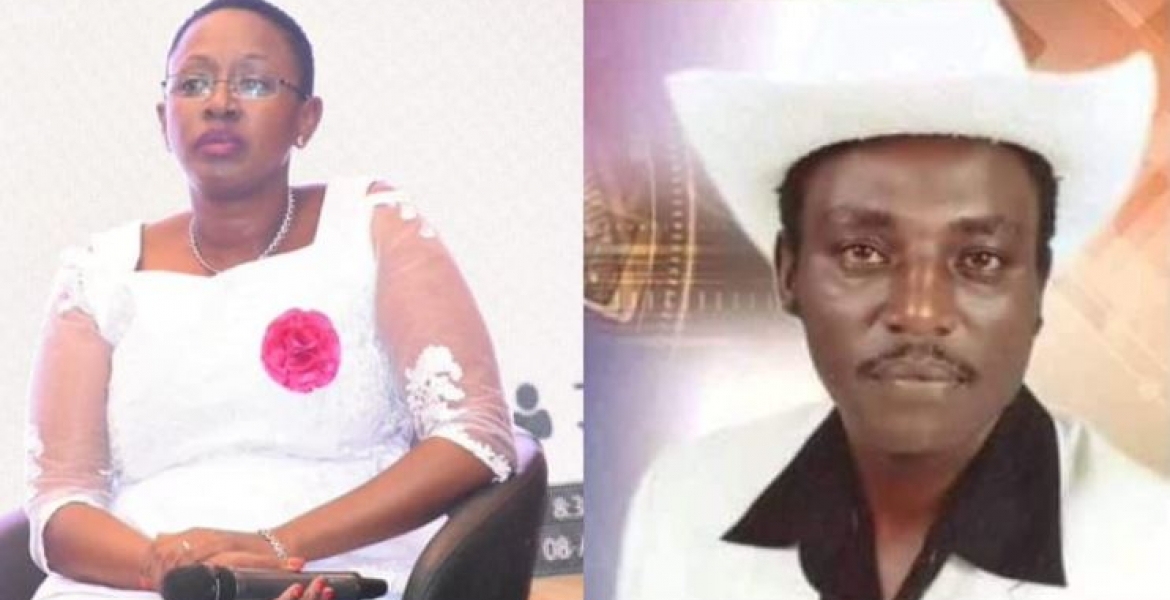 Murang’a Woman Representative Sabina Chege has come out to address claims that she was in a romantic relationship with late Kenyan benga singer John DeMathew.

In an interview with Kameme TV on Friday, Ms. Chege said the deceased was a close personal friend, adding that the two enjoyed a healthy professional relationship.

The politician said this made many believe that the two were in a love affair to an extent that DeMathew’s girlfriends remained unsettled whenever she accompanied him to public functions.

Sabina appeared in DeMathew’s song “Njata Yakwa” as a video vixen years before she joined politics.

“After we did Njata Yakwa, it became such a hit that even when I would accompany John for dance, his girlfriends would be uncomfortable and avoid me thinking I was his official partner. The truth, however, is that John was just a close friend,” said Sabina.

“It was not just professionally but I was also very close to his family. When he got married, his two wives remained my good friends to the extent that I was the one who accompanied him to discharge his wife after they were blessed with a child,” she added.

Sabina said she first met DeMathew when she worked for a media house and guided him to produce his first music video at a time when no other Kikuyu musician had done so.

“I was surprised that despite being such a big star, he wasn’t a rich man. I asked him why and he told me musicians at the time would get a one-off payment from producers and hence would miss out on the royalties."

“As a media person, I advised him to start making videos to his music and selling them. We would write the songs and the scripts together because I had a background in acting. With my help, he made a video Njata Yakwa and he became the first Kikuyu musician to do so. I offered to feature in the video just to demonstrate the importance of the video,” She said.

Following DeMathew’s death last Sunday, a local publication published a story claiming that Sabina was in a love affair with the singer but she dumped him for controversial Kenyan Pastor James Ng’ang’a of Neno Evangelism.

The Nairobian claimed that Sabina has two children with DeMathew, who perished after a grisly road crash near Blue Post Hotel in Thika.

De Mathew is gone. May he rest in eternal peace. As for us who remains, let's embrace truth and avoid telling cooked stories about others. Bye bye our great musician Kikuyu benga maestro.

This sounds far fetched especially coming from gutter press. I believe her.

Sabina, sometimes silence is golden, and this is that time. The dude had kids and wife so why bring up the past at a time like this? Whether he hit it or not is irrelevant. Wacha watu waongee, that's life. You are always denying rumours about affairs - please let it go as you are a public figure now. Doesn't matter if you were baiskeli ya Kijiji once upon a time. Baiskeli ime park for now, so...heshimu marehemu na familia yake! Just saying.

Kikuyu women and Men with Money is their dreams .And now it’s beyond shadows of any doubt that Ng’ang’a has dumped God and it won’t be a surprise to see him very soon floating in bars and night clubs. The desire and evil obsession is well well written all over his face, that’s why he’s bulling his followers in search of a way to move out of the church. He has earned enough from his fools.

That is a very beautiful close friend. "and you say he is just a friend". Anyway ... this is no issue. Let DeMathew rest in peace.