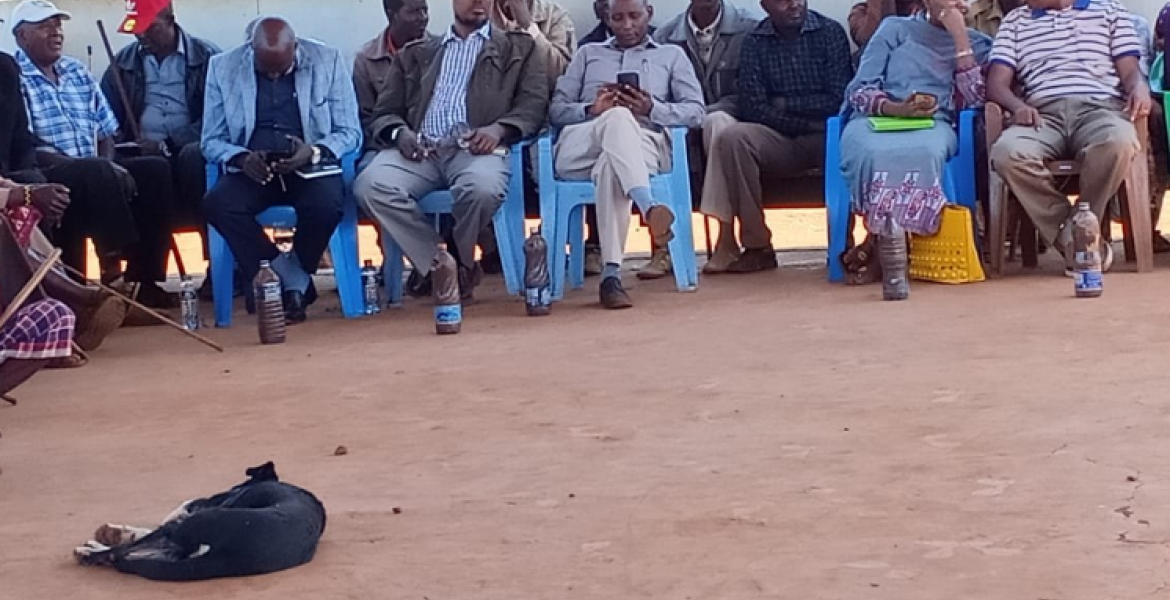 Leaders from Marsabit County and dignitaries were on Monday left in shock after residents served them muddy water during a meeting in the Karare area.

Local leaders had convened the meeting to drum up support for the establishment of a municipality in the county.

Minutes after the meeting kicked off, irate residents arrived with muddy water packaged in bottles, placing them where each dignitary sat to "quench their thirst."

The residents accuse area leaders of prioritizing the wrong things while ignoring the most serious and critical needs.

They say water shortage has been their main problem for several years but local leaders think a municipality is more important.

“Our main problem is water, not a municipality,” the residents told the visiting delegation.

Locals say they have been drinking muddy water and their cry to the county government has been ignored.

That was a brilliant idea!! Right on point, kudos to these residents!!

@Mugikuyu this is the kind of social activism Ihave been advocating for ,when iask "where are our social activists" ,each time the masses who have been wronged and,or robbed appear docile...
Let's here the response from the leaders as to why this water issue which seems critical to the locals has been ignored?

The residents served them right!! It's about time!

Excellent!!!!! Just look how embarrassed they’re. Pretending to be busy on their phones. I wish we can have more of this in different parts of the country. Kudos wananchi.

Next should be bad roads.
Leaders visiting in helicopters should be forced to return in cars.
Find out how to disable the planes.