Switzerland to Repatriate Sh230 Million Proceeds of Corruption to Kenya 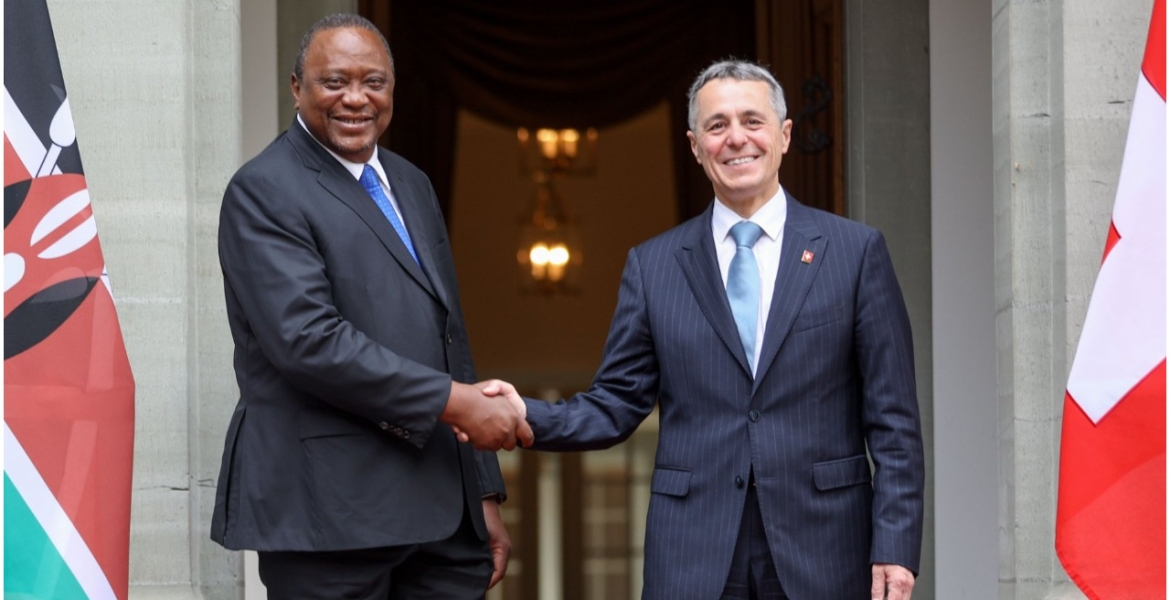 Switzerland has initiated the process of repatriating to Kenya Sh233 million stashed in the country as proceeds of corruption.

During a meeting in Bern on Friday, President Kenyatta and his Swiss counterpart Ignazio Cassis agreed that their governments will work together to expeditiously conclude the process of repatriation of the funds. The two leaders emphasized the need to demonstrate that crime does not pay.

The Swiss government holds a total of $2 million in proceeds of corrupt activities but the money is yet to be restituted to Kenya due to the condition that the ongoing court cases on the same must be concluded.

Kenyatta reaffirmed Kenya’s commitment to the principles of the framework for the Return of Assets from Corruption and Crime in Kenya (FRACCK) that was agreed upon and signed by the Governments of Kenya, Switzerland, the United Kingdom, and Jersey.

The two leaders also signed a Letter of Intent to cooperate on research and science. The letter builds on the Agreement on Training Cooperation for International Peace Missions signed on October 13th last year to further strengthen cooperation on training for international peace missions.

The two countries also signed a Memorandum of Understanding (MOU) to provide a framework of cooperation between the two countries to consult and exchange opinions at different levels on bilateral, regional, and international matters of mutual interest.

Being the first visit by a Kenyan president, Kenyatta said the visit demonstrated Kenya’s desire to reinvigorate the long-standing trade, economic and investment ties between the two countries.

Repatriation alone is not enough. The owners of the proceeds from the criminal activities should also be named, then punished for their crimes.The later is just as important in combating corruption.

We are not stupid return the money right back to the pockets of greedy politicians.

What about the Pandora papers loot stashed billions, aah, trillions? This is just small change!

Nice! Repatriate every stolen money stashed in Swiss and other places. It’s people’s money. It’s time to clean up corruption and crimes in kenya.

Swiss banks owe Africa and others trillions of dollars. They must be sanctioned for handling stolen wealth.