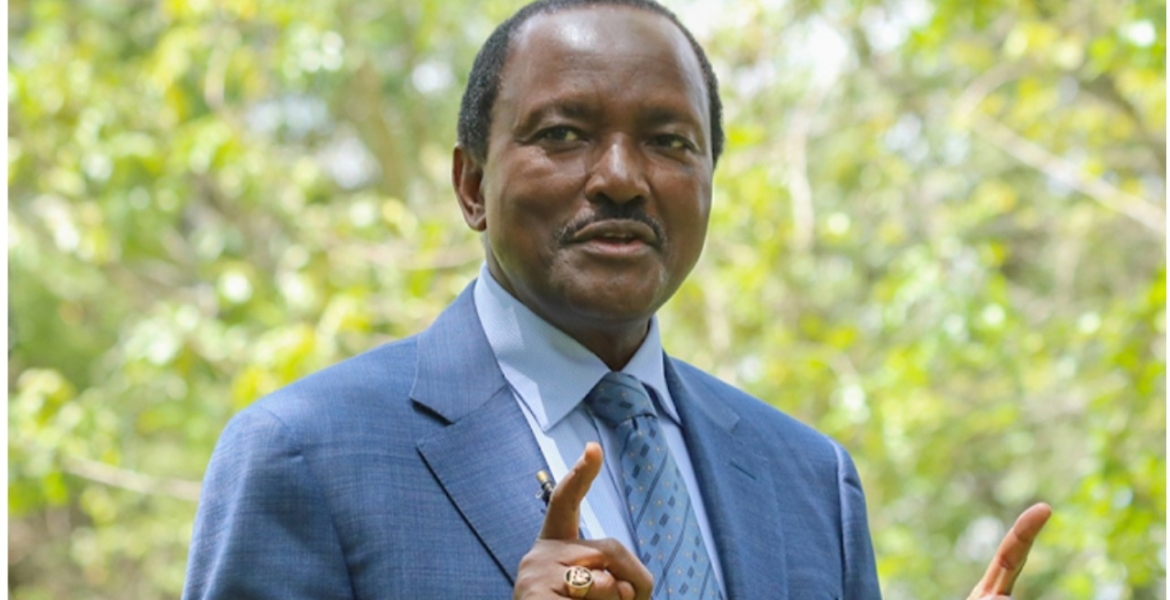 The Registrar of Political Parties has reportedly asked the Independent Electoral and Boundaries Commission (IEBC) not to clear Wiper leader Kalonzo Musyoka to vie for the presidency in the August 9th elections.

Musyoka on Monday announced his exit from the Azimio La Umoja-One Kenya coalition after its presidential flagbearer Raila Odinga settled on Nark-Kenya party leader Martha Karua as his running mate in the forthcoming elections.

He submitted his name to the electoral commission seeking to run for president on a Wiper party ticket, with Andrew Sunkuli as his running mate.

Citizen TV reports that the Registrar of Political Parties Anne Nderitu told IEBC that Kalonzo cannot run for the presidency on a Wiper party ticket since it is still a constituent party of the Azimio La Umoja-One Kenya coalition.

Sources at the Office of the Registrar of Political Parties disclosed that Wiper was yet to formally seek to exit the Odinga-led coalition, two months after signing up through its Secretary-General Shakila Abdalla’s signature.

Given that Odinga was named the Azimio La Umoja-One Kenya coalition party presidential flagbearer, it is impossible for any of the coalition’s 26 affiliate parties including Wiper to field another presidential candidate.

It also emerged that the agreement signed while forming the coalition bars constituent parties from abandoning the outfit six months to the general election or three months after the August 9th elections. Nderitu insists that due process must be followed by any party opting out of the coalition.

As such, the only options Kalonzo has is either to seek a court order to exit the coalition or be discharged by mutual consent by the party's leadership.

Citizen TV reports that IEBC is examining the legal consequences of Kalonzo’s bid to exit Azimio and is scheduled to meet all presidential candidates at the Bomas of Kenya for a pre-nominations session next week.

While unveiling Karua as his running mate, Odinga assigned Musyoka the role of Chief Minister, with powers to coordinate and supervise government affairs, should he clinch the presidency.

Kalonzo must be strictly controlled because he is severely confused with bouts of selfishness and foolishness at the same time.

It’s quite rare to see a man of kalonzo caliber making constantly changing positions like he is suffering from dementia. The registrar must make sure Kalonzo does not dilute the presidency with confusion.

Nothing is confusing the Mellon fella. It’s a lonely fight just like a regular disowned man. He has the right to decide his own destiny

Well, kalonzo has not done a good job in deciding his destiny. He has always wanted to live a high life until the old age hit him.

He is now scrambling around trying to put a brave face for messing up his life. It’s quite rare to see a grown man acting as childish as kalonzo does.

Kalonzo is mentally unfit to hold a leadership position in any government. Unfortunately the kamba people are still holding on a lost man to provide leadership for them. There is no much political capital and value left in Kalonzo.

This man is a bunch of noise!

WSR is stirring the indecisiveness of kalonzo to the max. It’s Ruto who have really confused huyu mtu wa katikati.

Raila should give the chief minister job to governor Ngilu and forget kalonzo.

kalonzo is simply a dickheaed

Kalonzo behaves as if he is any other lay person. He is indeed a layer by profession. He is and supposed to informally offer legal advise to his coalition partners. Time is running out. He will soon fine himself offside in politics though he still has space to rectify the previous blunders.

Just watch, there are no sworn enemies or permanent friends in POLITICS.
Kalonzo will jump in the wheel Barrow party.

All kalonzo cares about himself and WSR’s tainted money. He will take UDAku bribe and sellout Kenyans any day. Kenya doesn’t mean much to Kalonzo. He would sell a piece of kenya and escape to live in Dubai.

Mr Kalonzo Musyoka, aka watermelon, is an embarrassment to himself, his family, his party,the Wakamba,and, I suspect, even to his farm animals. It's time he let go, and enjoy his retirement peacefully.