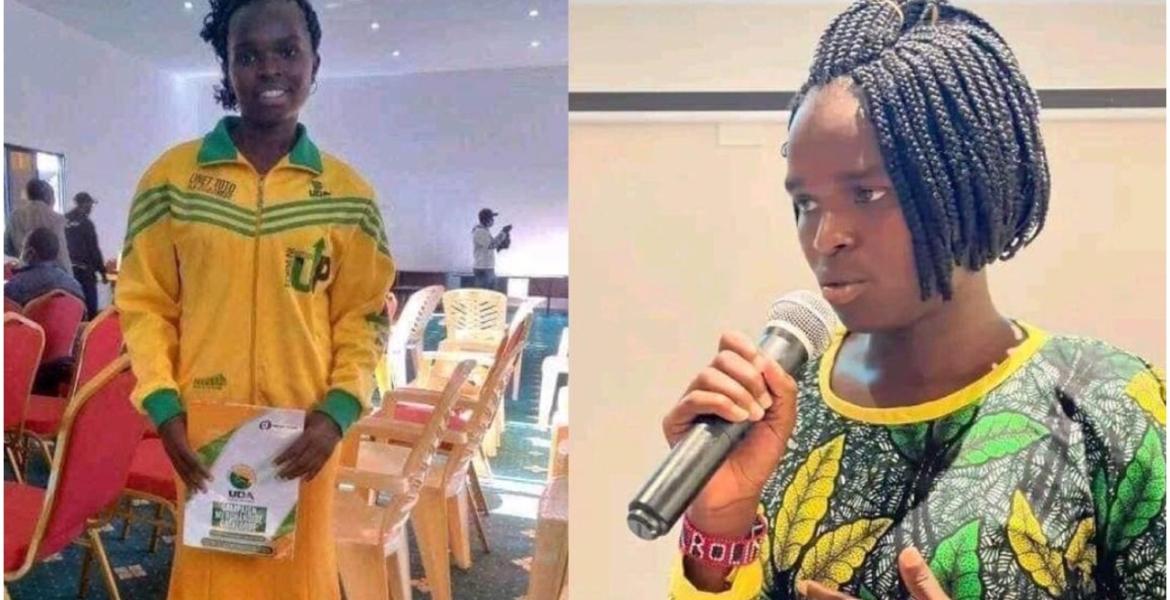 A 24-year-old woman beat the odds to secure the United Democratic Alliance (UDA) party ticket to vie for the Bomet woman representative seat in the August 9th elections.

Linet Chepkorir, alias Toto, trounced 10 other aspirants who were eyeing the ticket in the UDA party nominations held on Thursday.

She shot to fame early this year after her photos taken during an aspirants’ meeting at Deputy President William Ruto’s Karen residence went viral on social media. Toto was dressed in a yellow pullover and a cap.

Chepkorir, who graduated with a degree in procurement from Chuka University last year, grappled with financial challenges during her campaigns and relied on the support of friends and well-wishers.

“I decided to join politics and run for this seat because it has always been my dream to serve people,” Chepkorir said in a past interview.

“As a lady and having stayed with my mother at home for long, I know the challenges that women go through and my focus will be to support them with available resources allocated to the office.”

The older generation has always disappointed so people are looking for help from young ones. On the other hand a law maker job in Kenya is just a job like any other. You be one and stay mute for five years and apply again. The likes of oscar sudi who never say a word in parliament.

Toto Time. 70pc of current not going back.

Hakuna kitu ya maana itatoka hapa. Staying with your mother does not = service leadership

I just hope Ruto does not teach her how to steal public coffers. That is how Ruto started but ended up in the very deep end of corruption. Now we got a mega corruption monster running for Kenya’s presidency! Just imagine how backward Ruto will take kenya if elected president. You ain’t seen it yet..

i think you are bitter of your own failue.

Wishing you the best.

At 24 will you be able to hold your own in parliament ama unaenda huko kuvunja ndoa na tafuta bwana .Seriously and yes am playing devils advocate hao wamama wenzako yaani mawomen rep wenzako wata kuchukua je considering you are half their age.Apparently politics is the new avenue to escape poverty.Uko na qualifications gani?

Go to hell. Talk about your kale thieves and leave others out of your nonsense!

Congrats to Toto we need young mature minded ladies like you,you have shown good examples to us that yet we can