Migratory Bird Electrocuted in Kenya After Flying over 7,000km from Poland 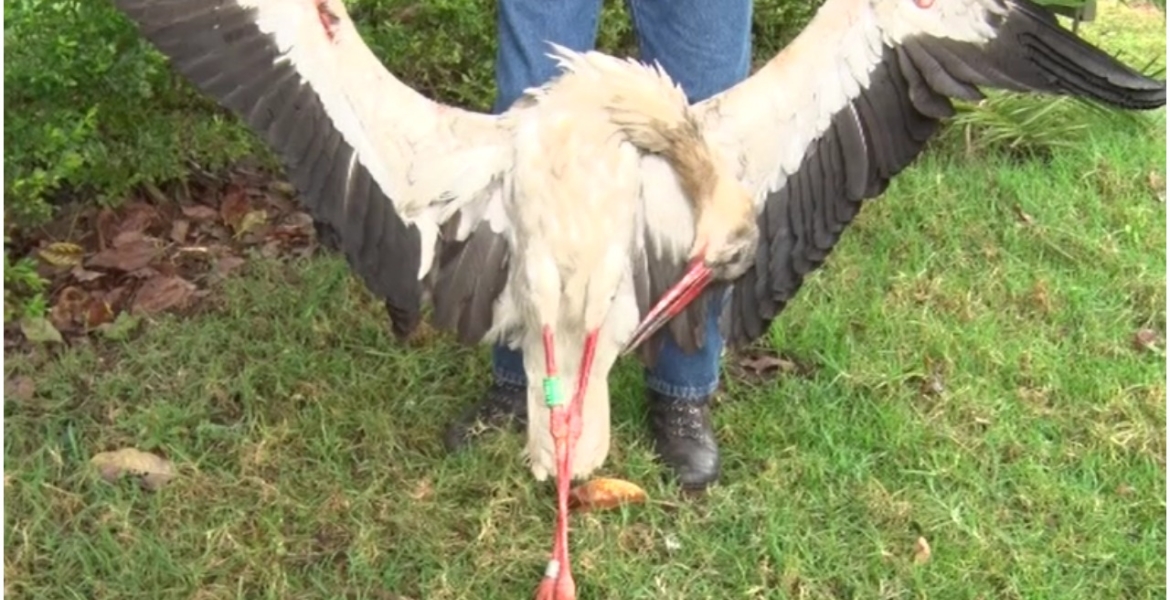 A trans-continental migratory bird believed to have flown over 7,000 kilometers from Poland to Kenya has been found dead.

The carcass of the white stork, which is categorized as an endangered species, was found by conservationist Elicky Misoi.

Misoi, who surrendered the dead bird to the Kenya Wildlife Service (KWS) offices in Kapsabet for preservation as a wildlife trophy, said it died after hitting power lines. It was flying in the company of hundreds of others when it accidentally rammed into an electric wire.

“It had a tag in its leg which indicated that it came from Poland. We were quite amazed because the distance from Poland to Kenya is approximately 7,000 kilometers,” Misoi told reporters.

The white stork travels yearly in sub-Saharan Africa to avoid the extreme European winters, according to the African Wildlife Foundation.

The average journey takes about 50 days and covers almost 20,000 kilometers in flocks of up to 11,000 individuals. The birds follow River Nile south and end up settling in various countries, including Kenya, Sudan, and South Africa.

These Europeans countries with their visa free privileges to African countries extend even to their wildlife?

So what it`s a bird are you expecting it not to get electrocuted because it is Polish it was its day to go .Take the carcus to a taxidermist it could fetch a large amount for some collector one day

Birds will evolve to one day drive endangering them even more? WRONG! just look at human population. These birds are endangered cause they don't drive.