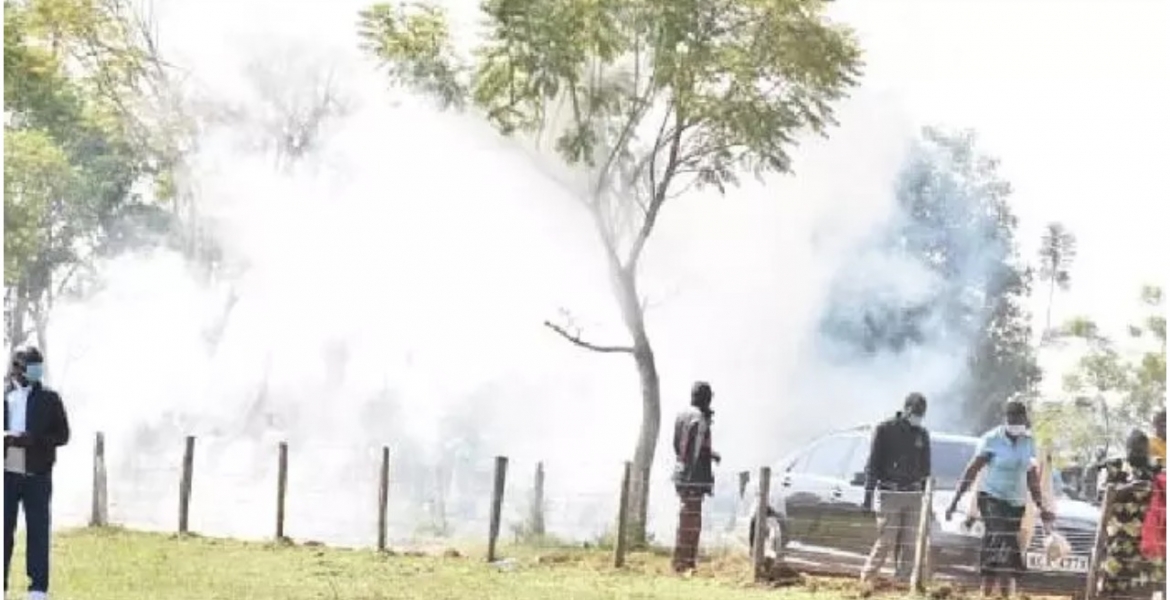 This forced police officers to fire teargas to disperse the rowdy crowd, halting the ceremony for over 20 minutes.

The commotion started shortly after a helicopter carrying the remains of the late politician touched the ground at the school at around 10:00 pm.

Officers lobbed tear gas canisters after they were overwhelmed by hundreds of residents who surged forward to view Midiwo’s body in disregard to COVID-19 protocols.

Midiwo’s body was then flown his home in Mabinju village in Gem and driven back to the venue after officers managed to repulse the rowdy mourners.

Jakoyo, 54, fell ill suddenly and was taken to Nairobi Hospital where he died on June 14th while undergoing treatment. Autopsy results showed that Midiwo died of acute kidney failure.

Why do this people always act uncilized? When are going to get civilized? We are in 21 Century and yet they still do things that were by barbarians-like sleeping with a dead to prove a point

These people wanted to EAT the body of expired Midiwo thereby preserving the grave land for other purposes by his large family.Two wives and one recognized porcupine means the guy was a real sperm production factory.

Stop with your ethnocentrism.If I recall right your tribe is well known for incest a practice that goes on to this day so as to keep the “money” in the family.Instead of getting a second wife a grown man would rather grab his own daughter if that is what you call civilized am glad to be called primitive.

I think you misread. No mention of ethnicities was made. Did I miss something?

if they can do that during a funeral, what can they do in the course of an election.
It would hurt to have a porcupine instead of a concubine. Yikes!