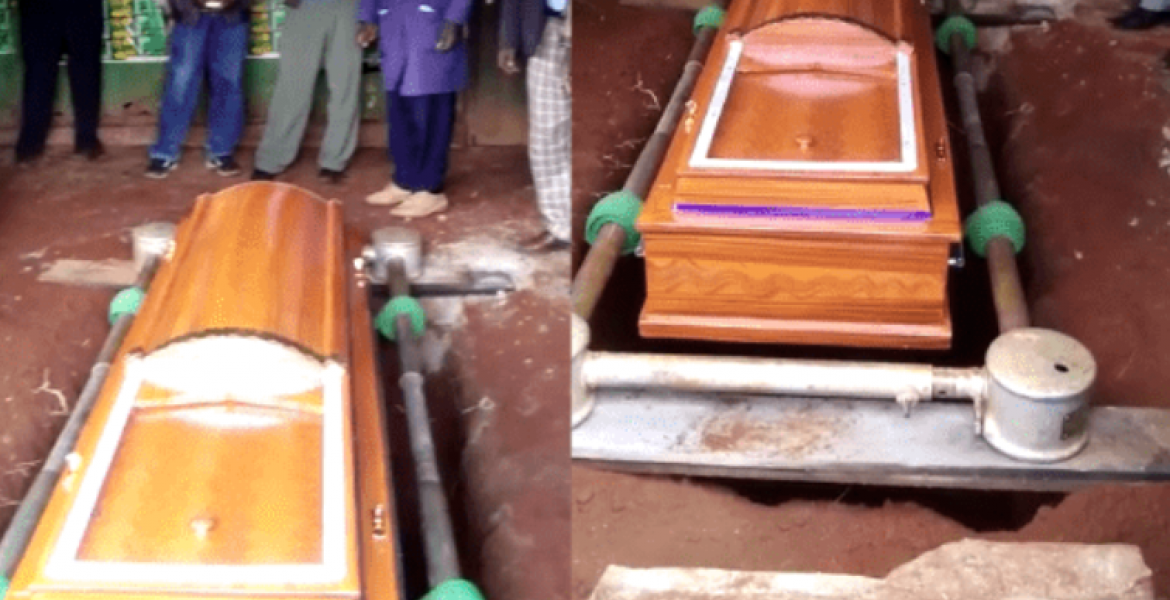 Residents of Mutaga village in Gichugu, Kirinyaga County were on Wednesday left in shock after a 65-year-old man was buried inside his house.

Villagers turned up at the deceased Simon Muriithi’s homestead in large numbers to witness the bizarre funeral—the first of its kind in the area.

Muriithi, a renowned coffee farmer in the area, had reportedly informed his family that he wished to be interred in his bedroom after his death.

Residents watched from a distance as family, friends, and mourners bid farewell to the deceased in the unusual send-off.

Muriithi’s bedroom was opened up to create enough space for the grave to be dug.

The funeral ceremony was presided over by Deacon Jackson Muchiri of AIPCA Church Kiandumu.

“Normally, people are buried outside, this is a new one, I have not seen this in my 38 years of service,” Muchirii said.

Will people be living in that house? Catholic bury some of their priests in Church.

You can be guaranteed he will always be home.
Sad that he committed suicide before intervention.

He wanted to make sure that no man or woman occupies his bedroom...how selfish?