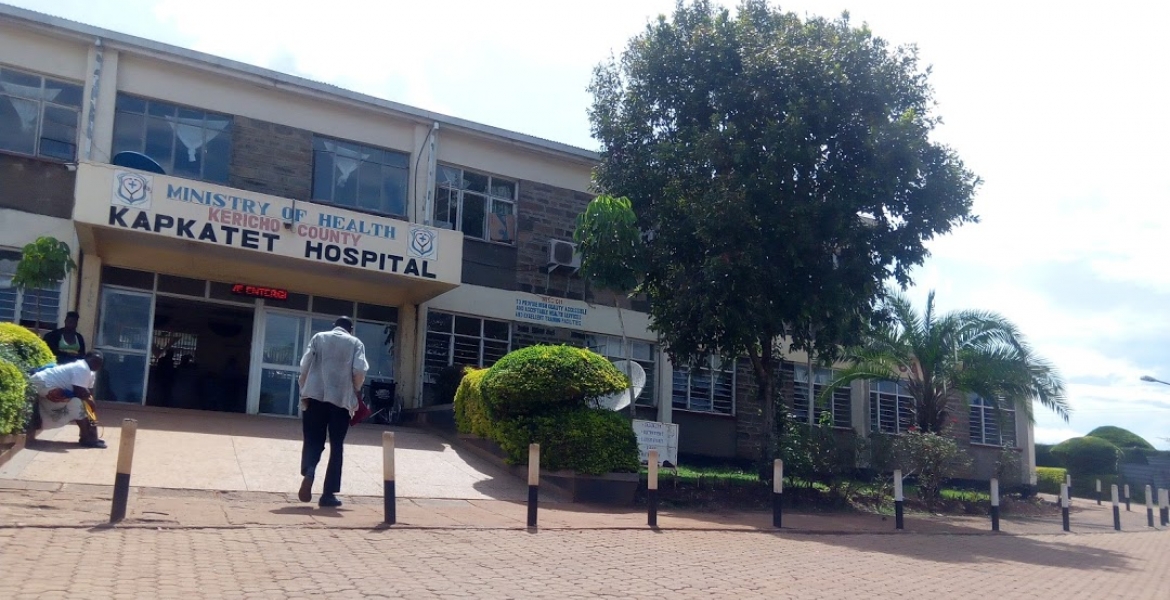 A family from Kericho is demanding justice after their kin was mistakenly declared dead at Kapkatek Hospital.

The 32-year-old man identified as Peter Kiplangat Kigen was rushed to the hospital on Tuesday morning after he collapsed at home.

His uncle Dennis Langat said Peter, who is suffering from a stomach ailment, was checked on by a nurse who went ahead to pronounce him dead.

Peter was moved to the facility’s mortuary and attendants immediately began the process of preserving the body.

The patient however regained consciousness and wailed in pain after the attendant made an incision on his right leg in a bid to infuse formalin, according to his uncle Langat. This forced those who were around to scamper for safety thinking that the man had ‘resurrected’.

The morgue attendants wheeled him to the hospital’s casualty section where first aid was administered on him before being taken to the ward where he was admitted.

The man’s family is demanding justice, accusing the hospital of negligence. The hospital management and Kericho county health department are yet to issue a statement on the incident.

Misleading title. One would think the leg was cut off yet it was only an incision or a slit that was made on the affected leg.

This is operating beyond your scope, when did a nurse have permission to declare someone dead in absence of a physician or atleast 2 nurses as per protocol? Hope they dig deeeeeeep into this to prevent others from hapening

And the nurse who declared the man dead will be seen on national TV shouting haki yetu and demanding a 100% pay rise.

Boss, you are in America where nurses only declare roaches dead. In Africa, we have a shortage of medical personnel and we try hard to manage the situation in an enviroment of scarcity

Its not a matter of scarcity, its about people's lives. How long does it take to listen to someone' beat. Thats ignorance

This has nothing to do with scarcity but common sense.

The unqualified nurse is just an example of damage coursed by corruption in Kenya.He/she might have been trained a nurse in unknown hosiptal/college just like fake engineer Raila or Ngilu,Sonko,Waititu,Joho,fake bishops Wanjiru,Kariki Ngari etc.Dawa-RISASI TU.

If lots of Kenyans learnt and Put to use First Sud and CPR: Many Kenyans wouldn't Die or End up Alive in Mortuaties like in this case.

Ok. Only in Kenya. This is why professionals have to go back to school when they come to the US. It’s not hate. It’s because we have low standards.

These are the type of nurses who exchange a 'diplomas with sex'. Incompetent morons. Shame