Drama as Kids Disown Mother Who Abandoned Them in 2018, Insist on Staying with Dad Despite Court Order [VIDEO] 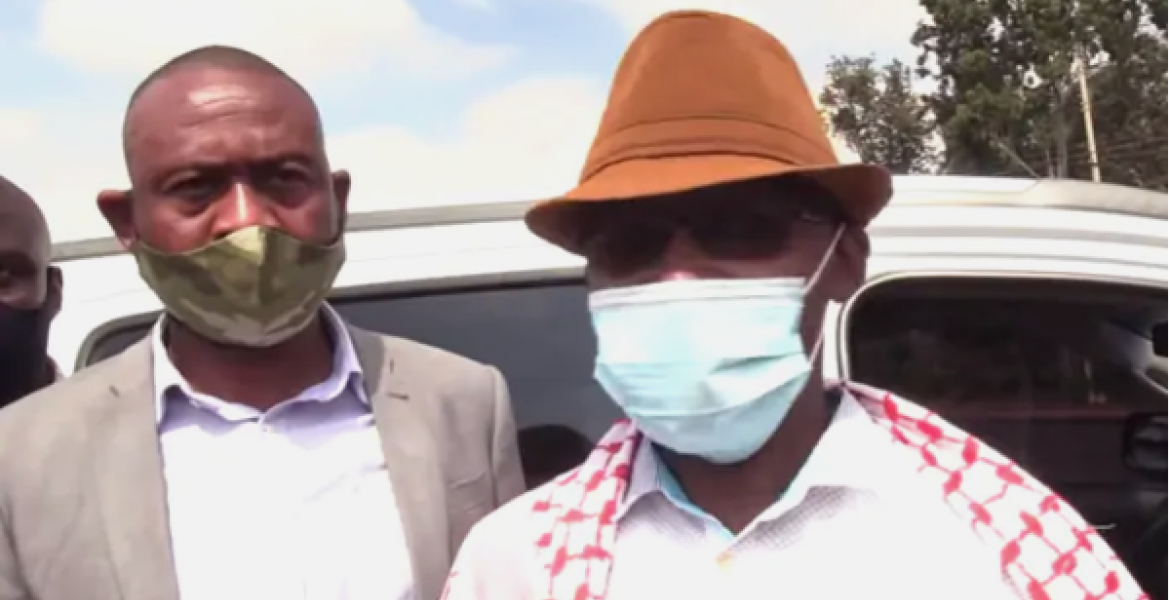 Drama unfolded in Nairobi’s Roysambu estate on Monday after three children who were set to be handed over to their mother following a court directive protested the move.

Grace Wachira, who abandoned the kids about three years ago, obtained a court order requiring her estranged husband, who has been looking after the children since she left, to surrender them to her.

However, the kids resisted their mother’s bid to take them away from their dad, insisting they do not know her and want to remain under the care of their father.

Addressing reporters, the father narrated how his wife abandoned the kids, including her one-year-old daughter who was suckling at the time, and how he has struggled to raise the children.

"The last born was left when she was suckling. I have raised them single-handedly and now she has a court order, she was supposed to take them but they have refused and created a scene," the man said adding that she rejected his appeals to come back home.

"I don't have an option, I'll just go back to court and tell the magistrate how they reacted. I tried to plead with her and wrote her messages and told her to come to rebond with the kids but she refused," he added.

WHY HAVE THE KIDS BECOME IMPORTANT NOW? UNLESS 3 YEARS IS A LONG TIME EVEN IF SHE WAS PENNILESS SHE COULD HAVE KEPT IN TOUCH .

And I guess the Magistrate is a young unmarried Woman, and Grace Wachira was being represented in Court by young Women who don't believe in Marriage, called Fida.

Some judges ought to have common sense before becoming judges or going to law school. Even the kids can sense the insanity.

For someone to qualify to be a father or mother you have to bond with your kids otherwise the bond might be lost. It's not just giving birth lazima bring up the children. Hawa watoto reacted naturally. On good side of the story the guy has done his job perfectly

She should go an continue her tangatangaring