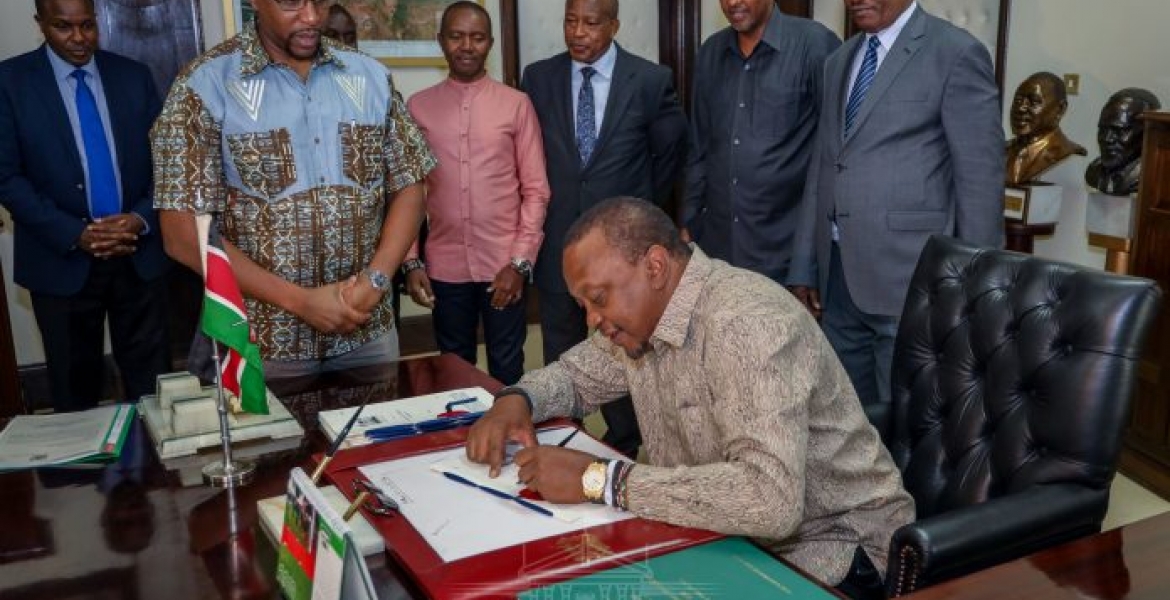 On Friday, Kenyatta signed into law the Data Protection Bill of 2019, which recommends a fine of Sh500,000 or two years in jail or both for those found culpable of sharing personal data.

The new law establishes the office of the Data Commissioner and outlines the requirements for the protection of personal data processed by both public and private entities.

It also sets out key principles that will govern data processing, outlines the rights of data subjects and assigns duties to data controllers and data processors.

The law also sets out the conditions for the transfer of personal data outside Kenya, provides for the exemptions to processing of data and outlines data handling offenses and penalties.

The Bill was presented to Kenyatta for signing at State House by National Assembly Speaker Justin Muturi.

Kenya becomes the second country in East Africa after Rwanda to have legislation dedicated to data protection.

Processing of data in any other manner contrary to the provisions of the new law will attract a fine not exceeding Sh500,000 or to imprisonment for a term not exceeding five years or to both.

The enactment of the Bill by Baringo Senator Gideon Moi comes months after concerns over data safety were raised over the Huduma Namba registration exercise.

Kenyan Comedy, signed into Law. How are you going to enforce it?