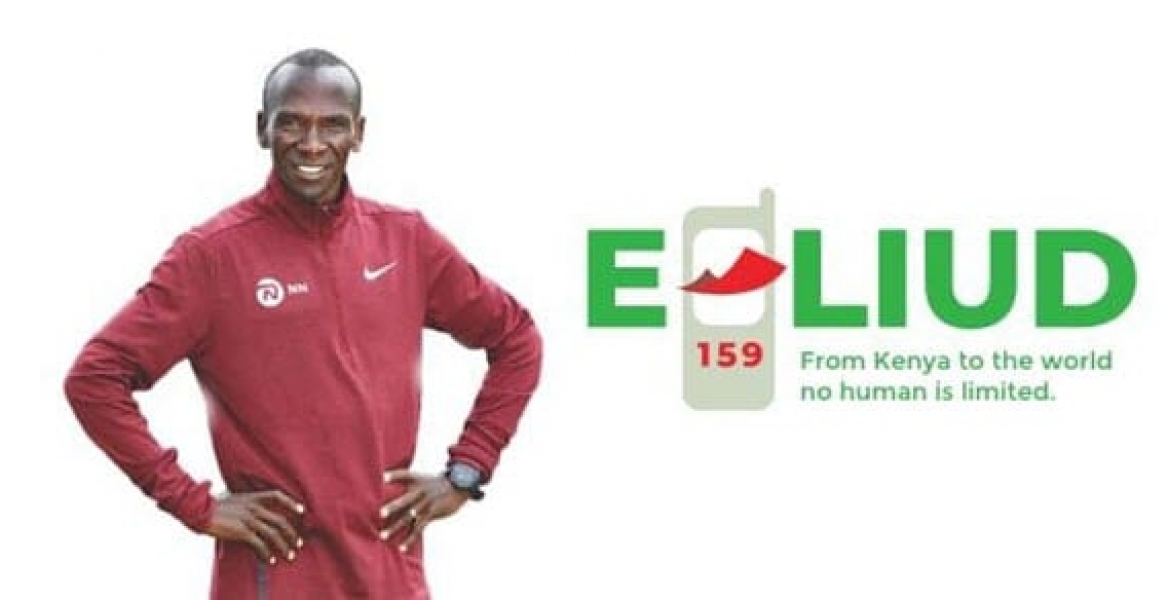 The new logo bears the number 159 – one hour 59 minutes and is sandwiched by the words E and LIUD. Safaricom said the logo will be active for the next week.

On Wednesday, Safaricom CEO Michael Joseph indicated Kenyan fans will have the opportunity to live-stream the race on Youtube for free. They are required to dial *159# where they will get free 1590mbs to enable them to watch the race.

Kipchoge, an Olympic champion, looks to smash his own record set last year at the Berlin marathon of two hours, one minute and 39 seconds.

His target of running the marathon under two hours, dubbed “INEOS 1:59 Challenge”, will take place in the streets of Vienna, Austria. Organizers of the event settled in Vienna as the venue of the INEOS 1:59 Challenge due to its favorable weather conditions in October.

This will become Kipchoge's second attempt to break the two-hour barrier after coming close in Nike's Breaking2 project held at the Monza Formula 1 track in Italy in May 2017, where he missed the target by 26 seconds.

If successful, Kipchoge will become the first man to run 42km (26 miles) under two hours.

The 34-year-old left his training base in Eldoret town on Monday in a private jet provided by British billionaire Sir Jim Ratcliffe, who is among those sponsoring the challenge.

Kipchoge trained well; he believes in himself; his trainers are confident he will achieve the record and I do believe he will. If not, so be it.

We have great talents and great people in Kenya, just that we have allowed IDIOTS & Self serving THIEVES to lead us!! Quite ironical and beyond sad! Kipchoge, all Kenyans will be rooting for you, May your dream come true!

@ madenge,also worth mentioning are all non medal athletes who represented Kenya.Such as Emanuel Korir,Helen Syombua,THe captain Julius Yego,and the high jumper sawe,and the list goes on.They may not have won anything,but are part of the proud teach Kenya.They are honored to don kenyan uniformm,and represent the country on international level.There preparation,and dedication says it all.They lessons well all can learn from our great athletes is that hard work discipline ,and dedication produces good results.If only Mpigs could have the same drive.