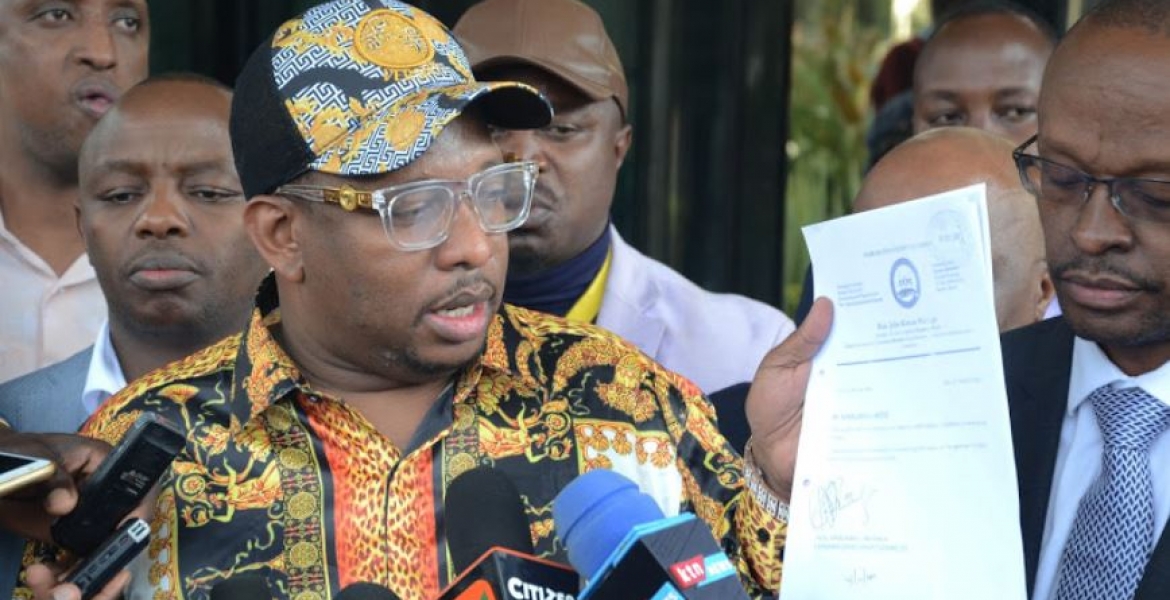 Nairobi Governor Mike Sonko has defended himself against allegations of engaging in corrupt dealings.

Sonko took to social media on Friday to deny claims that he irregularly received millions of shillings from companies that were awarded lucrative tenders to collect garbage in the city.

In one of his posts, Sonko admitted to enriching himself through unorthodox means but noted that this happened long before he joined politics.

Sonko indicated that he amassed enough cash at the time and has no reason to loot taxpayers’ funds at the moment.

“Let's see who falls first. The allegations they raised against me have nothing to do with the current garbage collection probe by the EACC.”

“They [EACC] raised their allegations by copy-pasting the Auditors general report which was before the Senate. I have never and will never touch a public coin. Niliiba nikiwa raia nikatosheka na pesa (I stole enough when I was an ordinary citizen),” Sonko wrote on Facebook.

Sonko defended himself days after he was interrogated for several hours by detectives from Ethics and Anti-Corruption Commission (EACC) in relation to the alleged Sh357 million contract for garbage collection.

EACC detectives claim that some of the companies that won the Sh357 million tender wired more than Sh20 million to Sonko’s bank accounts, according to The Star.

The money was allegedly paid indirectly through proxies and sister companies in what detectives believe was a calculated move meant to avoid raising suspicions.

One of my best all times HUSTLERS..PERIOD. STREET SMART.
JOMO ONCE SAID KANYONI GAKWA WIHITHAHITHE.......JAZA....
Hopefully he has perfected the art.

It's about time Uhuru shows some leadership and stop hanging out with confessed criminals
Mwizi ni mwizi
Sonko is not a role model for our youth.

Majority of Nairobians voted for him twice, and will vote for him again.

Sonko is fraudulent and he tries to cover that by providing "Sonko rescue" squad. The rot is bigger than we all knew, from garbage kickbacks, to inflated employee numbers, to paying higher insurance covers, to unpaid PAYE deductions over the last 2yrs amounting to over 4B, to jambopay monies going direct to his personal accounts, Sonko is one useless piece of shit! Yet he’s just been flossing with designer wear plus living in Nairobi Safari Club Presidential

Sonko has a lame leadership ever known...so far his governorship has been in a lame duck session.

Just wondering when is he getting out of the shell?

Self-confessed thief..awekwe ndani. So his wealth is generated from stolen money...he should surrender it. Once a thief always a thief. What a shallow, low-life being?

God, OUR DEAR HEAVENLY FATHER, Raise a wave, a HUGE TORNADO THAT WILL WIPE OUT ALL THESE USELESS JUBILEE/ ODM/ Tangatanga/ Kieleweke so-called LEADERS IN DROVES. Watokomee mbali. Get them so confused, that they will literally run away and leave the offices they misuse. Those corrupt ones, may they, their wives, children, relatives who benefit from their theft, and cartel dealings Know no peace! May the money they steal from the public yield NO FRUITS for them or their children! May the CORRUPT deals they make every minute crumble infront of their eyes! May the stolen money ultimately go back to serving your people of Kenya who have suffered enough! May all those linked to drug trafficking be consumed by it, may they and their wives and children OD from it! May the "wealth" they have acquired illegally diminish in Jesus Mighty Name! May they hunt each other and expose each other and fight each other like the nasty, greedy wolves they are! May You Oh God Rise and prevail upon your people, strengthen them and give them the courage to elect true leaders who will lead and govern with, honesty, integrity, wisdom and justice. AMEN