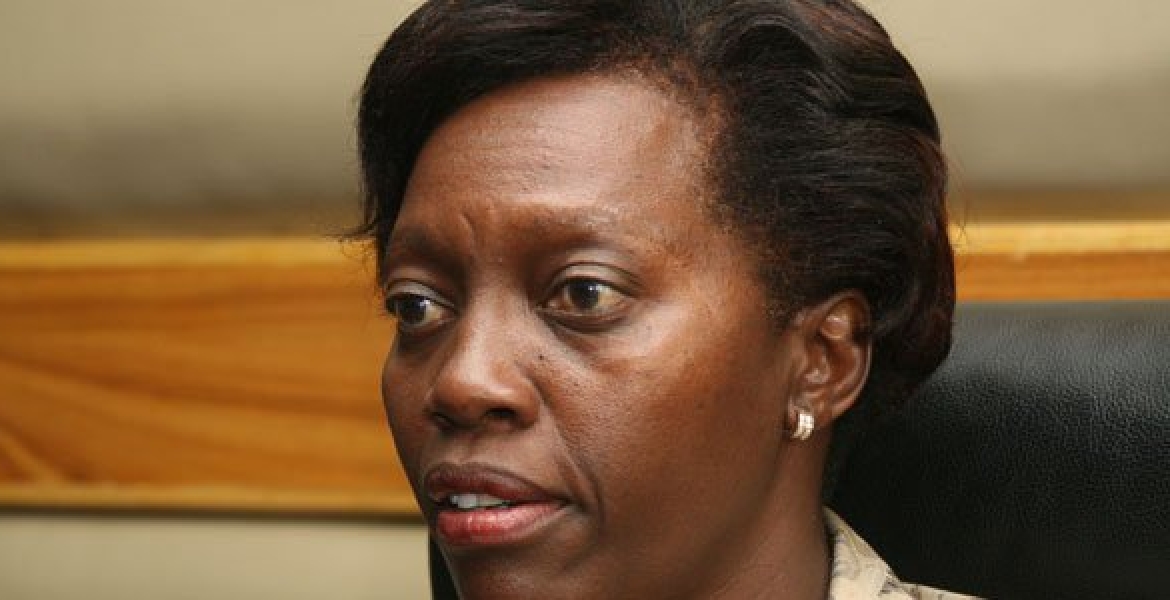 Narc-Kenya party leader Martha Karua has maintained that she can never back Deputy President William Ruto to succeed President Kenyatta in 2022.

In an interview with Citizen TV on Wednesday morning, Karua says Ruto is not fit to be Kenya's next President due to issues surrounding Chapter six of the Constitution on integrity.

“Those are my personal views and there are many issues and some of them involve Chapter 6 of the Constitution,” says Karua.

She has also hailed the March 9th handshake between President Uhuru and his former political nemesis Raila Odinga, terming it the right step towards uniting the country.

The lawyer has also called on politicians to respect the Presidency and condemned the recent attacks directed at the President.

” How will you then ask Kenyans to show respect to you and the Presidency if you ever get the chance to sit on it?” she poses.

Karua has also hinted she may run for President in the next polls. "I am a future presidential candidate and it could be 2022. It could also be any time. I leave my options open," Karua notes.

"I say to my brothers and men of Kenya, who are aspiring for the presidency...it is not your birthright, it is also the women's birthright. So when you are talking about 2022, don't write-off the women of Kenya."

hehehehe My fred Karua u think presidentship is governship.Please madam yr time in politics got finished when u wanted uhuru to b jailed in icc so u n PK can take over the kikuyu nation.Retire n go take care of the goats n watch politics from yr tv set.

Uhuru Kenyatta is a mshenzi who belongs in ICC jail.

If ICC did it’s job we would not be here.

Uhuru Kenyatta and William Ruto are a disaster. DISASTER.

Kikuyu and Kalenjin need their own country where they can steal, kill and run around spewing hate.

The rest us need our own country where we will work together .Am done with this nonesense.

You rigged elections one time for kifaki when you were a minister now the shoe is on the other foot. Keep dreaming.

Karma is a bitch!

@Diana ur full of it.Wewe kaa America n leave tribal hate nonsense to yr self.We should b proud n i mean very proud of which tribe we are.Yes we have tribal bigots n haters,looters,thieves but that small characters don't represent the majority!@Diana if yr sister or brother becomes a thief,killer,shoga doesn't mean he represents yr big family??So please mature n stop hating 1/2 tribes coz u will such hate will kill you slowly.