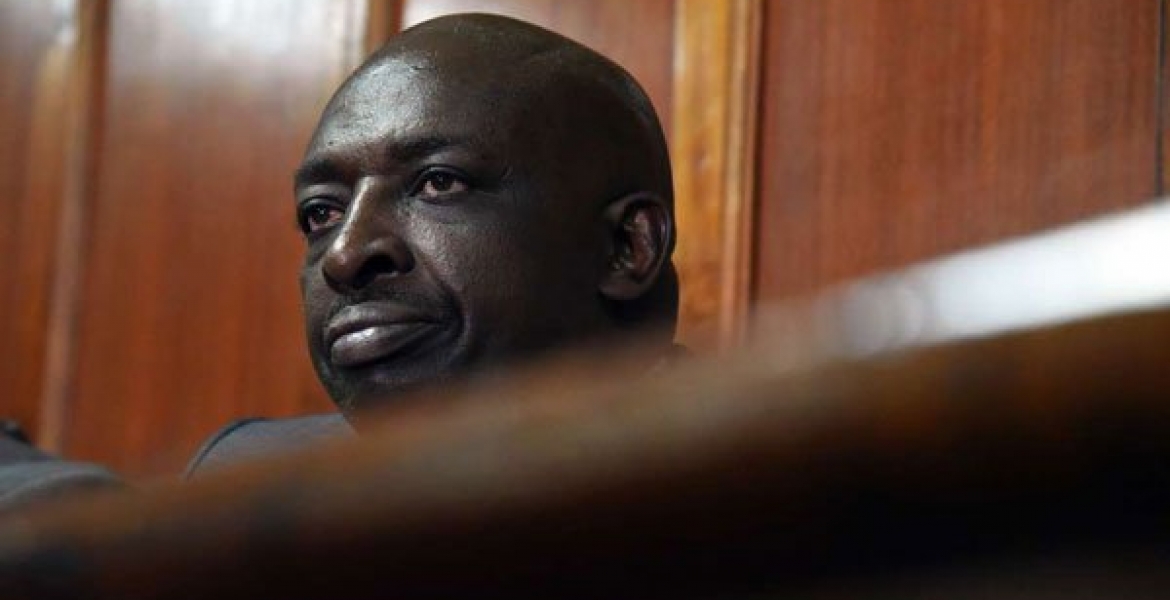 Embakasi North Member of Parliament James Mwangi Gakuya was on Thursday arraigned at the Milimani anti-corruption court where he was charged with embezzlement of public funds.

Appearing before Magistrate Felix Komba, the MP pleaded not guilty to embezzlement of Sh39.8 million and was released on a cash bail of Sh3 million. The prosecution had objected his release on bail arguing that he could interfere with witnesses.

The judge ordered the MP and his co-accused to each deposit their passports in court and stay away from their offices until the case is heard and determined.

They were also charged with fraudulent acquisition of public property, conflict of interest, conspiracy to defraud and violation of procurement and disposal laws.

Gakuya is accused of awarding the tender for construction of Muoroto Road in Embakasi to Mabaks Enterprises, a firm where he had indirect private interest in. Other companies said to have benefited from illegal contracts awarded by Gakuya include Hunyu Bush Clearing & Nurseries and Tresmu Investments ltd.

Gakuya was arrested by detectives from the Ethics and Anti-Corruption Commission (EACC) on Wednesday and spent the night in the cells.

A QUICK REMINDER OF SCANDALS IN KENYA SINCE 1965: (For the Kenyans with short memories)