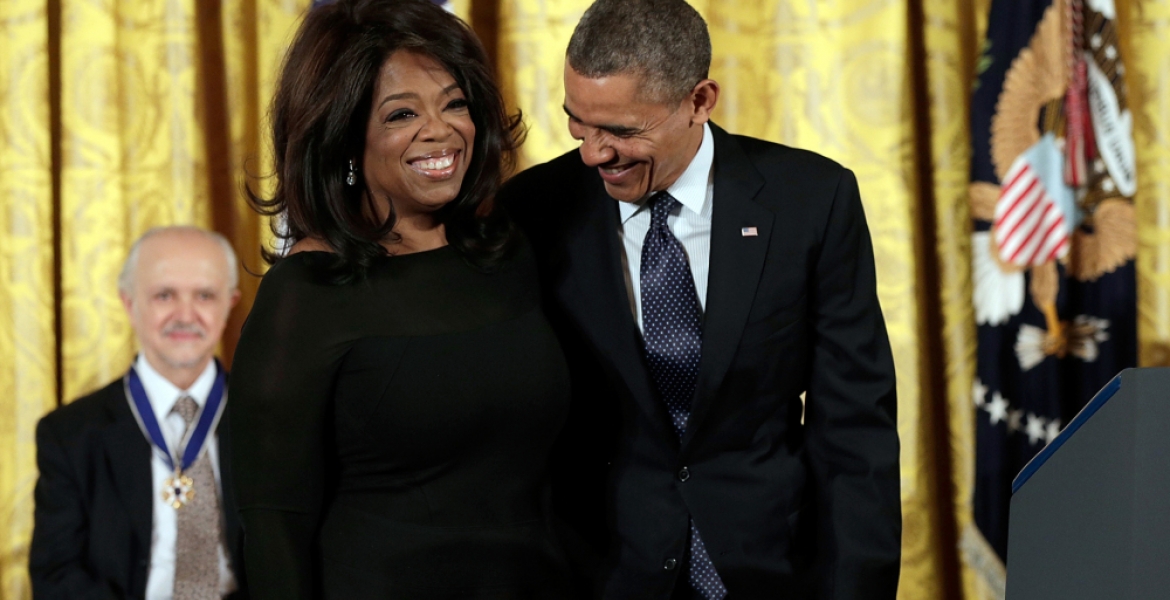 Obama is scheduled to formally launch Sauti Kuu, an NGO owned by his half-sister Dr Auma Obama at his ancestral village of K’Ogelo in Siaya county on July 16th.

The former US President and his delegation will first pay a courtesy call on President Kenyatta at State House in Nairobi, before heading to K'Ogelo for the function.

His delegation is made of renowned professionals, celebrities, philanthropists, clergymen, activists, top lawyers, businessmen and diplomats.

Oprah, who will be in Kenya for the first time, will accompany Obama to his father’s rural home and later attend a charity golf tournament in Muthaiga for the new NGO, the Sauti Kuu Foundation.

After the one-day trip to Kenya, Obama will head to South Africa where he is set to deliver a speech at the 16th Nelson Mandela Annual Lecture in Johannesburg on July 17th.

“The family wanted to make it a private launch [of the NGO] but they were to be informed that due to Obama’s status it was a state visit,” a State House official told the Star.

Mr Obama, please stay and be the president even though for just a month to fight this monster corruption and teach our leaders how to not steal. If the air we breath was sold we would all be dead.

Obama and Oprah are free to Stay for even 5 years so long as They're NOT coming to Promote their known Homosexual Agendas.

@ Guest 1 ,dont worry nobody is going to change your sexual orientation. However, Iam alittle bit out of the loop on their agenda, could you please elucidate abit...
To be honest, I will be very surprised if that issue arose.Anyway, what, I wanted to say is that these 350 people are very influencial,and well grounded financially.If we rub them the right way, they could open some of their dollar-taps in Kenya,and if we rub then the wrong way the opposite could happen,and if we do neither,Nyasaye Were Khakaba Ukabiosi,will ask us why we let literally a golden opportunity slip by when he mysteriously sent it to us,personally?.
I trust that by then,the barrage of scandals that have recently hit Kenya will have subsided.If not, let our journalists cool off till wageni waheshimiwa waende.
Can anybody argue with this...

If you truly love Kenya you don’t want Barack Hussein Obama in charge of anything. He was a terrible, corrupt and dishonest president that did not accomplish anything good for the United States. Why would you wish that upon your country?

If you are reading straight from Trump's or Trumpian text book you could be haboring such thoughts,not surprising at all.

Glad he is coming with among others, their "top lawyers" coz the NGO will consequentially need to consult them to fight the rot of corruption in Kenya!
Shame on our evil politicians!

Personally I like Mixed Schools; and Hate Women Soccer. I don't like Boy Schools or Girl Schools. This MISSIONARY idea Encourages Homosexuality. And above that these schools don't teach kids how to relate sell with the Opposite sex. No wonder Divorce is on Highly Rampant nowadays

@Guest1, do you support women and men mixing in the military,and fighting next to each other?
I read the other day that there is a lot of sexual assaults on airlines. That surprised me.And un doubtedly all of them committed by men.
Generally men behave badly,and if you mix them with women it gets alittle had to control.Studies have shown,at least with girls,that they do better in single sex schools.The other behaviours you mentioned can be fixed at home by parents,and community.In short respect for your sisters,and mothers.

@guest1 am with your good point.The years I lived in states I was a pure Republican thou as usual kuna vitu kadhaa I disagreed with them!I dismissed obama Presidency when he uprifted n supported fully ushoga ushetani immorality stinking behaviour n when he was asked if he will b happy if his daughters become lesbianism he refuse to comment on it?They are all welcome in Kenya n we don’t want NGOs which r used by majority of the pple to instill their thinking into our society.I could have bin happy if they all used the same energy to visit homelessness in Chicago,La,philly,Seattle n uprift them juu goodness stsrts home.

We will make America Great Again. Me and Trump would recommend stay there country shitholes.

Beware Kenya!!! These people are pedophiles and crooks!!!! Watch your children!!!