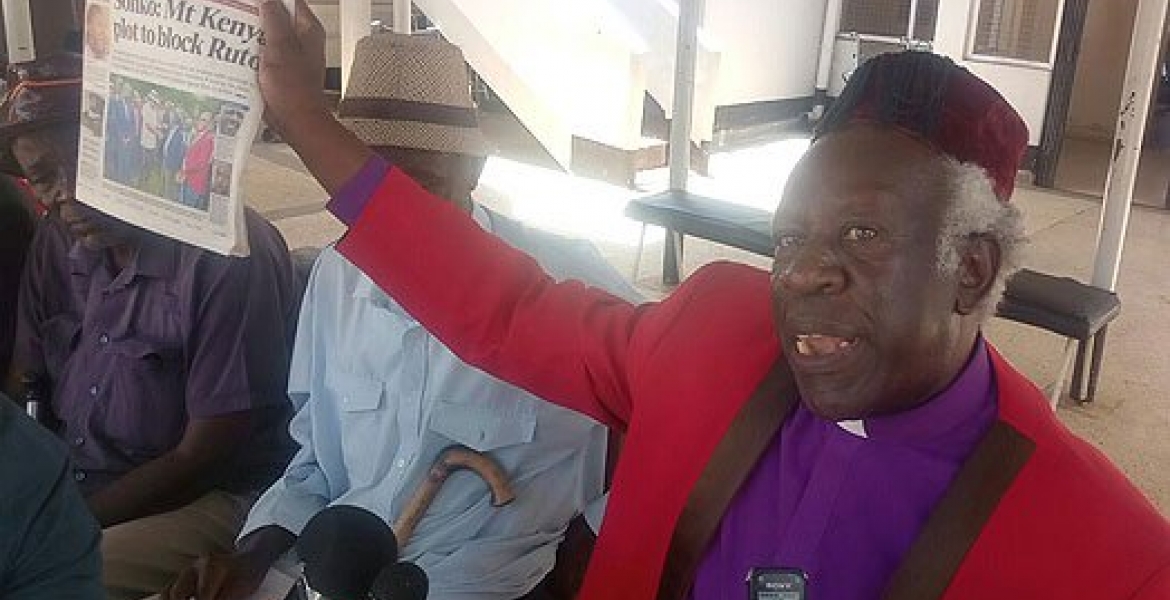 The Luo Council for Elders now say that Siaya senator James Orengo is to blame for the woes faced by firebrand lawyer Miguna Miguna after his arrival at the Jomo Kenyatta International Airport (JKIA) on Monday afternoon.

The elders claim that Orengo failed to give Miguna sound legal advice leading to his second deportation from the country in a span of one month.

The self-declared National Resistance Movement (NRM) general was kicked out of the country on Wednesday night after being incarcerated at the Nairobi airport for 72-hours in controversy connected to his citizenship status.

The Luo elders said that the senator should have advised Miguna to sign the required documents for him to be allowed to enter the country.

“We firmly state that we are not going to support any individual who chooses to become an enemy of progress,” said Mr Otondi.

Miguna is currently in Dubai and has demanded that the government issues him with a Kenyan passport to enable him fly back to Kenya.

Orengo
This lawyer the luo elders are right he is the one who misleads Raila if Raila went with him to seen Uhuru the short lawyer could not accept Raila to sign the peace agreement he is trying to complicate for Raila failure for his own as he failed Wetangura & took his work but he won't go far Raila will kick him out soon.

You mean there is some Luo Elders authority somewhere? A breathe of fresh air for sure -- but where have they been to straighten their ever embarrassing sons? I've all along thought the Raila family, aka the royal luopean family, is the solo voice and standard setter for the Luos. We learn something new every day.

As a member of the comment reading association of Kenya (C.R.A.K) I would like to state that I am only here to read your comments so keep them as short as possible. Thank you in advance

Orengo is the new enemy of Luo nation. He is out to destroy every Luo so that he can ascend to the Lup Kingship. Luo elders can see through Orengo's brain. Mean spirited Orengo.

@Anon. Get lost! Is that short enough?

Well not sure if Dr. Miguna could have listened to senior council Mr. Orengo both are legal qualified Men of honor. This has been one week of Miguna in the making what next.