Kalonzo's Claims of an Attack at His Karen Residence Was a Fabrication, Police Say 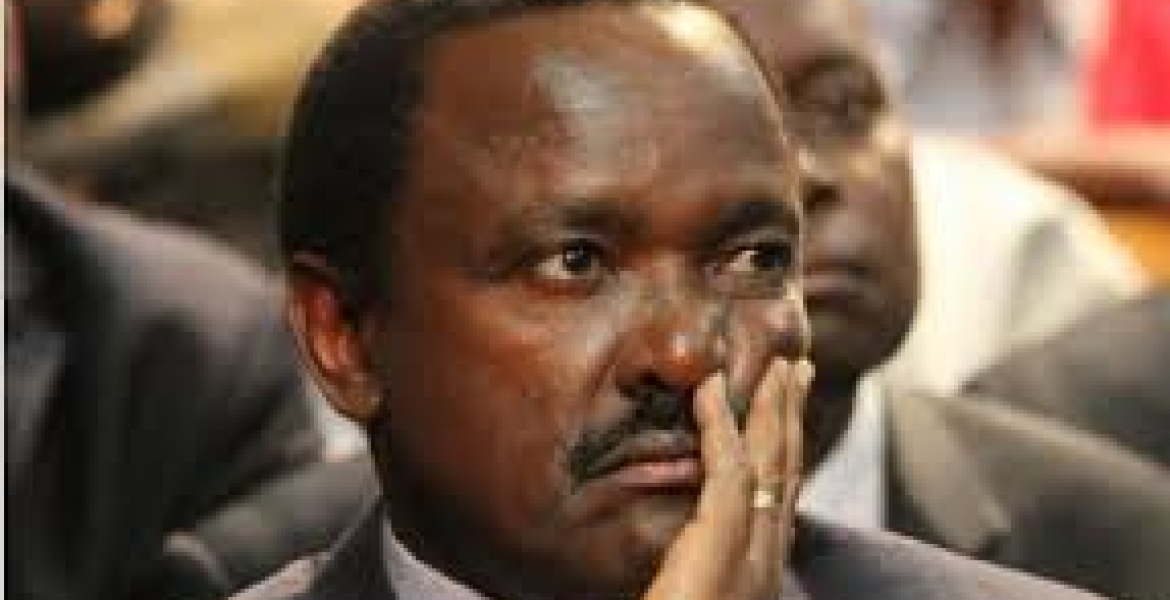 Police officers have given a contradicting account to that of Wiper leader Kalonzo Musyoka's claims of gunmen firing shots and hurling a grenade at his residence in Karen, Nairobi on Wednesday morning.

The Star reports that police officers said that the alleged attack was fabricated, even as the National Super Alliance (Nasa) principal declined to comment on the incident and leaving it to investigating officers to unearth the truth.

Speaking to the media at his home on Wednesday morning, Kalonzo said:“There’s heavy security presence in my compound; they will tell us."

A senior officer who spoke to the Star disclosed that Musyoka phoned them early in the morning to report that his home was under attack. When they responded, they found him standing outside his house clad in a blue khaki trouser, socks and shirt, while holding a live bullet and a grenade pin. He told the officers that he recovered the two items in his compound moments after hearing a loud bang outside the house.

Kalonzo's bodyguards, who were in the residence at the time of the alleged attack, confirmed hearing a loud bang but they established it was not at Kalonzo's compound. It emanated from the neighborhood, they said, contradicting what Kalonzo earlier told police. They further said they never recovered anything from the compound.

Bomb Squad Unit head Eliud Langat, the DCI's Nicholas Kamwende and other top police officers launched a probe into the incident. They said no spent cartridges were recovered at the residence.

The alleged attack happened a day after Musyoka skipped Raila Odinga's 'swearing in' at Uhuru Park grounds on Tuesday.

NASA hao for lying in order to get power through back door. How much did you get paid by RAO to follow him blindly, Kalonzo Melon?

You lie down with dogs you get flees.The same folks who paid you to chicken out of the NASA swearing are now terrorizing your ass.You are FINISHED! kalonzo.

Where is the Shithole calling himself president raila(liar)? He hasn't said anything since trying to overthrow the elected Kenyan government

He got to Canaan yesterday. He overfeed himself with milk & honey. Tumbo ni mbaya sasa or he has food poisoning

Told one Too many lies in 24 hours. As TTM has it "When far too many lies are told truth becomes unbelievable"
Matt 7:24-27 has an answer for such a brother.

Matiang'i's massive swoop begins.Its clear nobody had the presence of mind,what options matiang'i had if ever the swearing went on,of course given the vitriol Uhuru and Ruto were subjected during the campaigns gave Raila a false signal.The truth is,Nasa underestimated the consequences and willfully escorted Raila to the slaughterhouse.Very bad ending for a man who has jealously guarded a legacy like no other.

What most people don't know is that the Luo politicians especially in Nyanza want Raila finished and gone completely. None can be elected unless he says so. Gone so they can pretend to be fighting for him for the sole reason of inheriting his blind following base.

Live bullet and a grenade pin?? Did they throw the bullets into his compound? Do you throw the grenade or the pin after pulling it out?? Wacha ufala Kalonzo. No one believes that BS

What a fool can go and touch a grenade? Kalonzo want to tell us he is that foolish to hold a grenade that can explode anytime