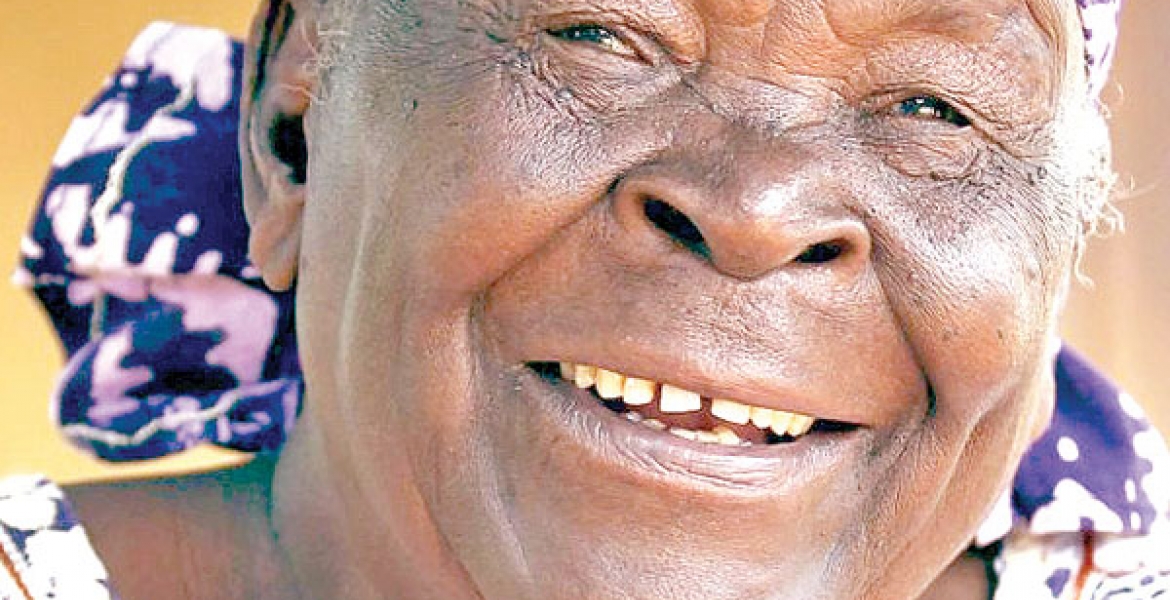 Sarah faulted Governor Cornel Rasanga’s administration for withhold the cash, noting that it has derailed the construction of the varsity named after the ex-US President.

“We want Rasanga to release funds he had pledged for construction of the university,” she said.

She further warned local politicians against politicising the project, stating that it will benefit local and other Kenyans access to education. Mama Sarah noted that more than 50 acres of land for the facility had been acquired.

Sarah, who was Speaking when she flagged off Mama Sarah Obama 15-kilometre road race in Siaya, urged the National government to inject funding for the establishment of the institution. She also decried the dilapidated state of Barack Obama Primary and Secondary Schools.

“Both the primary and secondary sections will act as reservoirs where young minds will be prepared to join the Barack Obama University,” she said.

“The lake basin counties stand to benefit as we are currently phasing out rain-fed agriculture to modern ways,” she added.

Makes sense to call Obama.. AMA she doesn't have access? We know what happened with Raila and kalonzo when they seeked fund.? Spare us ujinga Mingi kisumu.,

Yaani she still has teeth

`I guess the freedom to express also includes useless talk.She is not here for dental commercial.
At least she is using her high profile to do something for her country.I hope that it comes to fruition.

Mine was a compliment - no idea how you concluded it was useless talk. And who told you yako ndiyo useful talk .. chokia urimu mwena ushio womotho - i hope she builds that school and when its done she still has all her teeth .. shida yako na meno ya mama ni nini ??? call Imara or that new nuclear doctor for consultation

@TIALALA. This is real steel not chuma ya muchina. My grandmother had all her teeth at the age of 80 yrs. They were white and beautiful. She bushed them with a twig of cypress tree. She has never seen a dentist

While the useless people's representatives pursue their petty politics, someone has to step in and fill the development void. Kudos mama Sarah.

The hateful tribe from Central is unleashing its venom.This university will serve all students despite their background a noble cause that deserves congratulations but as usual a certain tribe will look for any excuse to demean and belittle. Word has it that the greedy nyama eaters have reduced Sonko to a puppet while they salivate on how much of Nairobi to loot.Even the capital city was not spared from their greed.Sonko was used and Ruto is next.

How noble of the old lady to stand up for education at her age. Shame on those who destroy structures and cause havoc. It will benefit the Luos not all tribes, which is fine. I just would like to remind you that only Luos live in Kisumu nowadays. The other tribes are too scared of the uncertainity to put their children in a university over there. Havent heard or seen any other tribe kicking people out of their city. Have you? Now, who are the hatefull tribe.

@Anonymous. Before you point others for hate point yourself. You are the source of hate.

We are hateful because we don't like Raila. Kwenda huko mavi ya kuku. Mama Sarah is talking lots of sense than all politicians combined and instead of borrowing a leaf you are bringing Sonko up. Bure Kabisa.

Kumbe Nyanya Obama ako na akili kuliko kina Iphone 4G & Co who only think of worshiping na kulamba lamba muuaji Raila?I also congratulate expired Obama SNR for not wasting all his sperms in Luoland.The former US president would have been reduced to a rail uprooter and Raila worshiper had he been born in Kenya.

dont be an evil thinker where big brains are, stop showing how a shameful life u live. Always thinking of tribalism where it doesnt apply. where r ur manners... i gez this man talking of how only luos will benefit to the university,,, u r not even a university material nor any college graduate.... if u were one ud think better and know that institutions are open for everyone... even u atleast u can one day enroll to take away ur stupidity,,, that is if u r worth
...kudos to mama Sarah, we need so many like u in kenya right now

Urniversity ya nini n this jaluoz wataichoma the way they best know how to destroy things.My yaya it’s a good idea but in a bad area.My 3 Fred’s have closet shops/hotels/gym n they had employed about 80 jaluoz but luckily wamezifungua kiambu town n thika where yr bizness will always b safe secure from stupid demos n thugalism.

Mama Serah Obama need to reach out to the lord of poverty a.k.a murderer and inciter Ojinga to preside over a major harambee to raise money for this worthy cause.
Ojinga should then invite all his friends and wellwishers to contribute.
Better still,the lord of poverty can switch places with his good old friend John Pombe Magufuli the Tanzanian President and answer the call of Serah Obama.What do you all say fellow Nasalites and the Jubilee Nation?

Mama Sarah is one wise woman and she has no time for petty politics and odingaism. She is special and one of a kind. Hopefully the university will be built in her life time. Very protective of her grandson, has no time for nonesense. Build that University NOW!

@Maxiley....that's a first. Never heard you irate, must have grated on your nerves. Lakini you have a point. @ Tialala, this generation is like no other, they ate wholesome food not laced with artificial sugars. I love her vision, good luck to her, she clearly knows a thing or two about good education and she has the receipts to prove it (her children). Can't fault her on that, so haters, pack in your claws.

Only a mad Kenyan or stupid investors will go invest in kisumu homabay siaya where they r used to poverty n burns destroy everything including their piped water n sewages which r serving them daily.Hizi jaluozz niwanjinga bana.Welcome n invest in central province where ur always safe.nyanza should b named violence poverty county in the world or Aids hiv county